Accessibility links
Shroud Of Turin Goes Back On Display In Italy For A Limited Engagement : The Two-Way The 14-by-3.5-foot cloth, believed by many faithful to be the burial cloth of Jesus Christ, will be shown to the public until June 24. 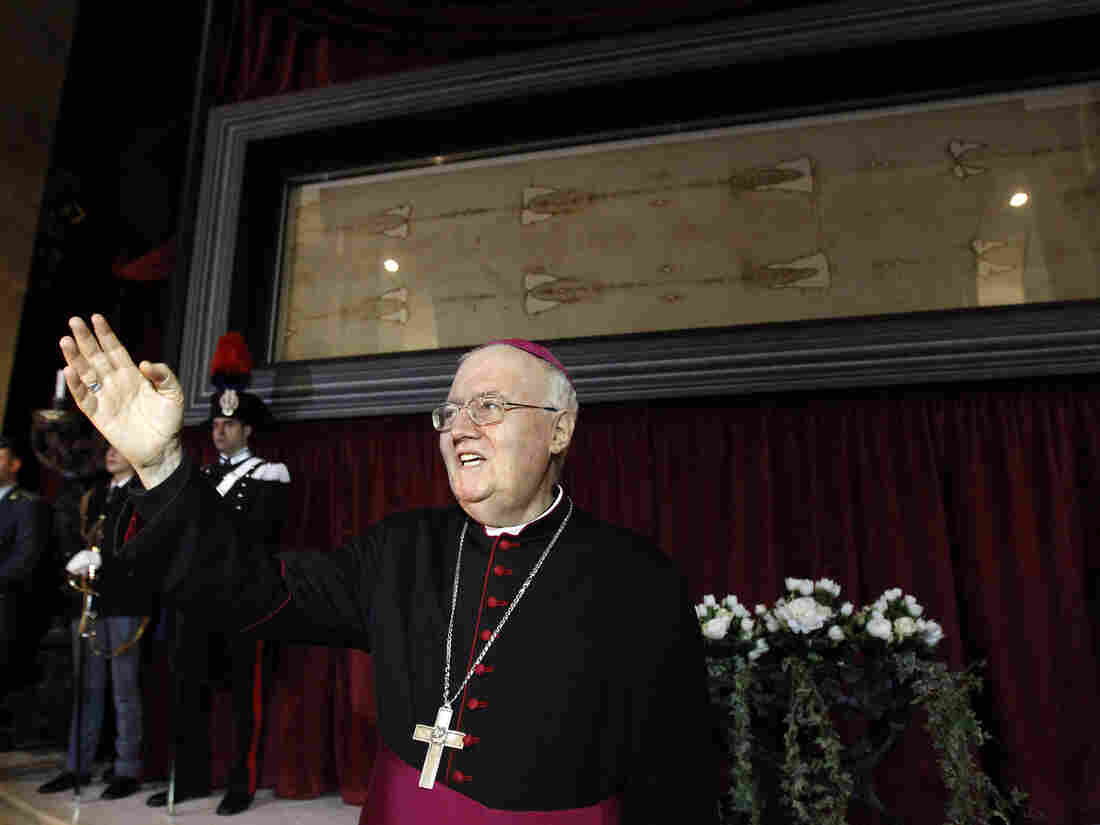 Archbishop Cesare Nosiglia presents the Holy Shroud during a preview for the news media at the Cathedral of Turin, Italy, on Saturday. The shroud — believed by many to be the burial cloth of Christ — will go on display for the first time in five years. Antonio Calanni/AP hide caption 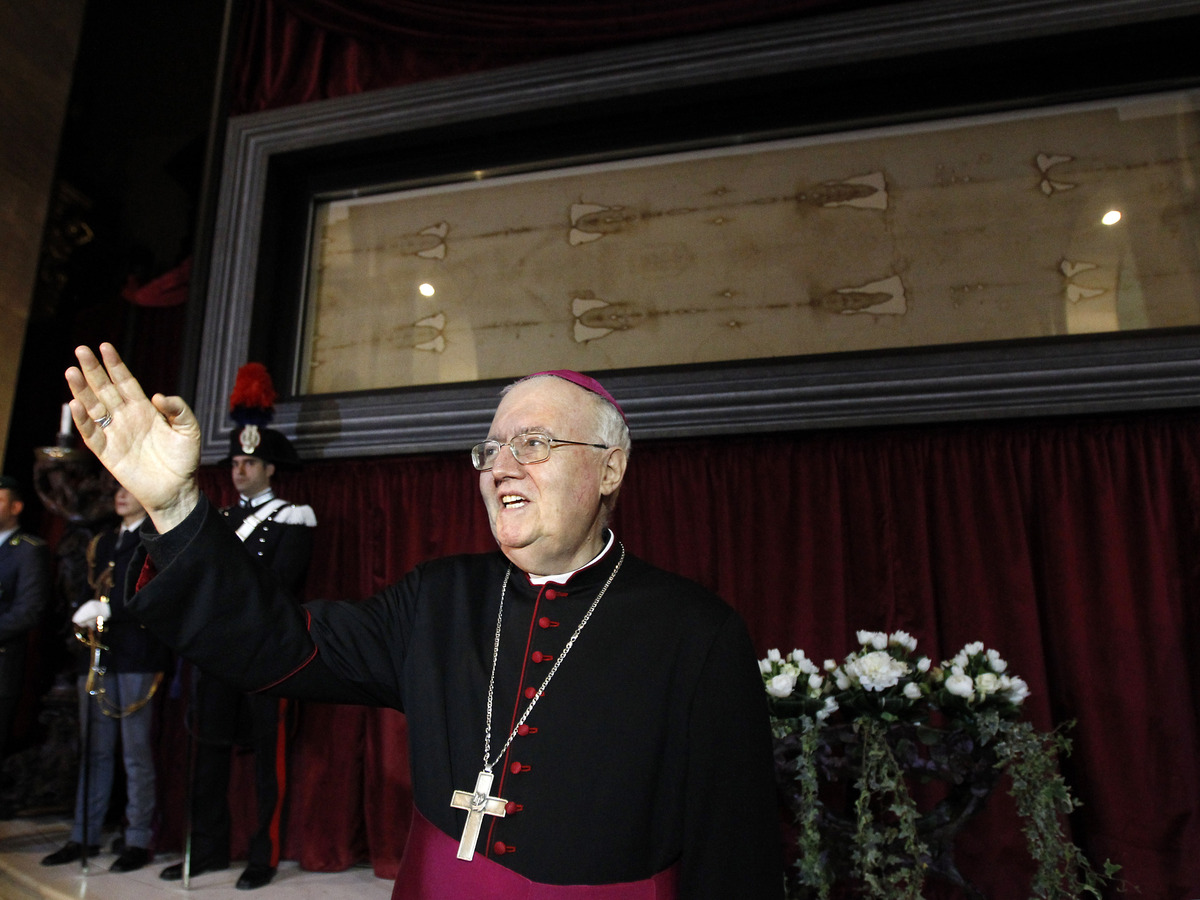 Archbishop Cesare Nosiglia presents the Holy Shroud during a preview for the news media at the Cathedral of Turin, Italy, on Saturday. The shroud — believed by many to be the burial cloth of Christ — will go on display for the first time in five years.

The Shroud of Turin, an artifact that many people believe to be the burial cloth of Jesus of Nazareth, goes back on public display today for the first time in five years in the Italian city that bears its name.

The shroud can be seen by the public until June 24, at the cathedral of St. John the Baptist in Turin. Anyone who wants to view it can do so for free, but must first sign up online. Already a million people have done so, according to the BBC.

One visitor who no doubt did not have to go online for a chance to see the relic is Pope Francis. The pontiff is scheduled to view the shroud during a June 21-22 visit to Turin.

The 14-by-3.5-foot cloth, allegedly discovered in Turkey during one of the Crusades, made its first documented appearance in 1355 in a chapel in Lirey near Troyes, France. By the late 16th century, it had made its way to Turin.

Ever since, though, it has been the subject of an intense dispute over its authenticity.

The first serious scientific analysis, done in the 1970s, determined that the image on the cloth, which appears to be of a bearded man with crucifixion-like wounds, was not made with any artificial pigments.

However, in 1988, a radiocarbon dating of a sliver of the shroud came back with a date of origin of between 1260 and 1390, more than 1,000 years after Jesus is believed to have been crucified – a result that led scholars to conclude it is a hoax.

Since then, various teams of researchers have made conflicting claims — many supporting the hoax theory, others attempting to debunk the debunkers.

In 2009, NPR's Mark Memmott wrote that a researcher in the Vatican's secret archives claimed "that the fragments of words written in Greek, Hebrew and Latin suggest the shroud was placed over 'Jesus of Nazarene, or Jesus of Nazareth.' "

By contrast, last year a researcher concluded that none of the early descriptions of the shroud predate 1355 and that its purpose "is likely to have been as a prop in a kind of medieval, theatrical ceremony that took place at Easter."