Accessibility links
Amid Scandal, DEA Chief Michele Leonhart Will Retire : The Two-Way Earlier this month, lawmakers said they had no confidence in Michele Leonhart after a watchdog agency found Drug Enforcement Administration agents cavorted with prostitutes paid for by drug cartels. 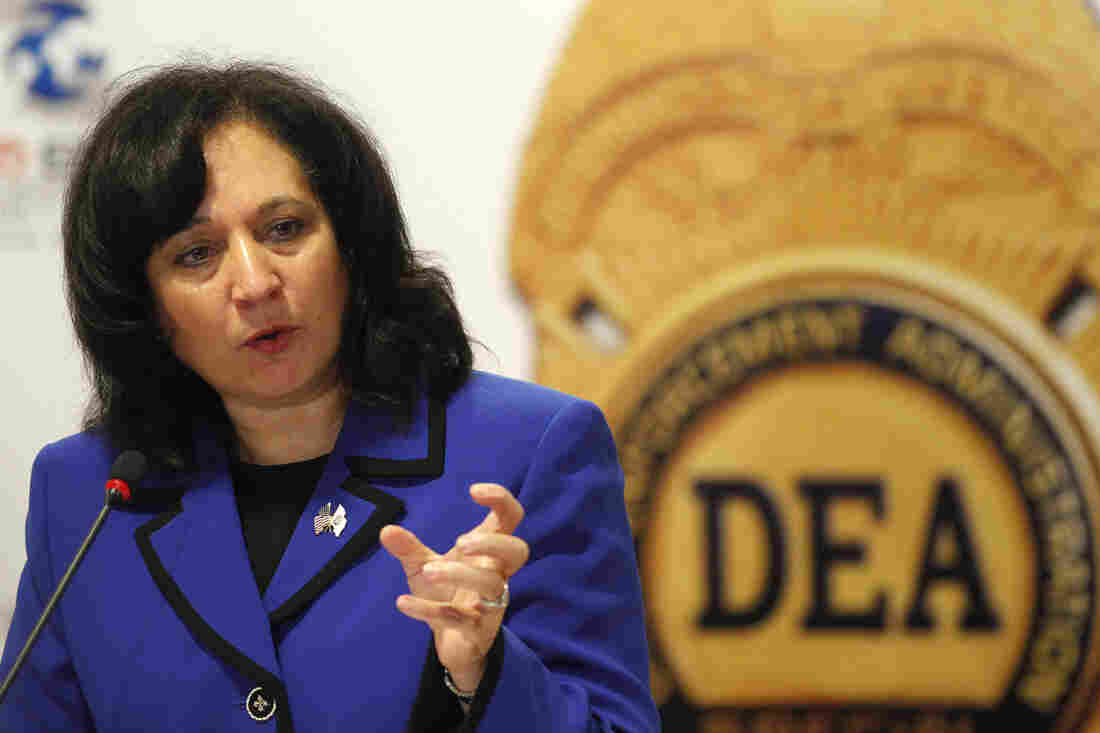 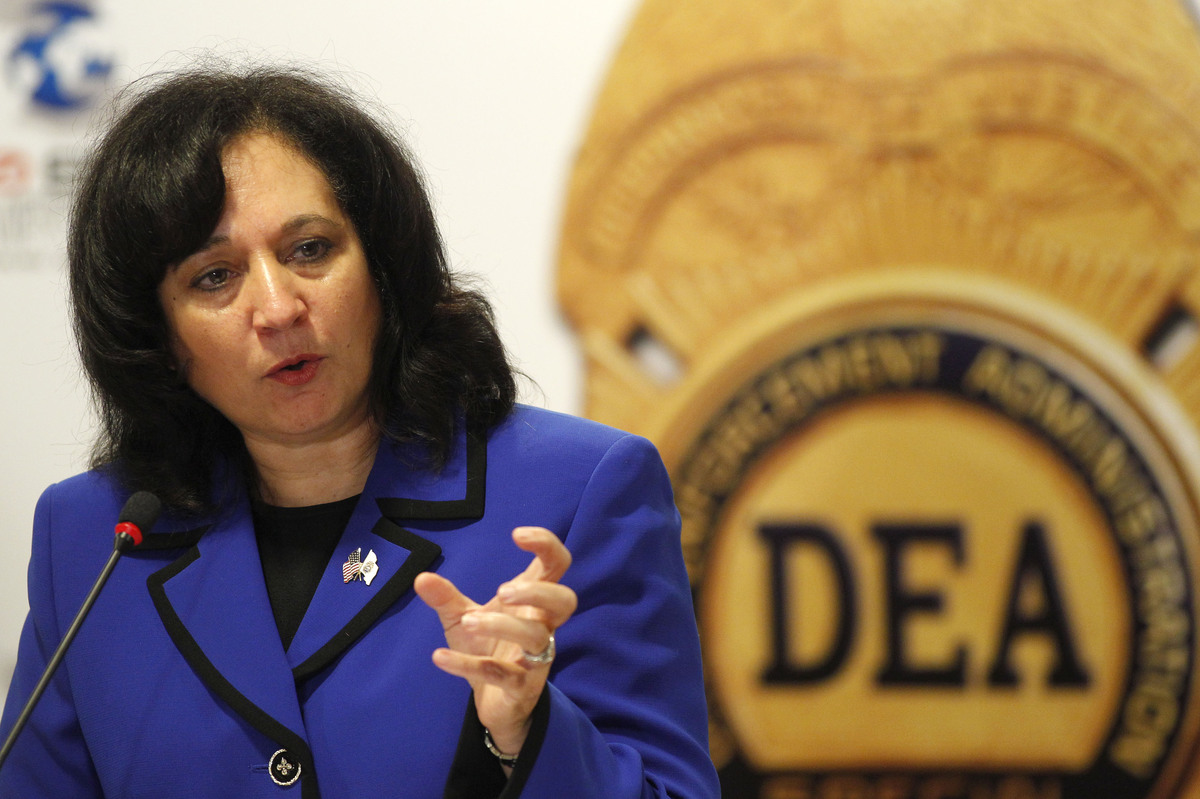 With her agency embroiled in scandal, Michele Leonhart, the chief of the Drug Enforcement Administration, has decided to retire beginning in mid-May.

In a statement, Attorney General Eric Holder said he appreciated Leonhart's "leadership" and "35 years of extraordinary service to the DEA, to the Department of Justice and to the American people."

In recent weeks, Leonhart has come under fire from lawmakers after an inspector general report found that some DEA agents had "sex parties" in Colombia with prostitutes paid for by drug cartels.

Earlier this month Republican and Democratic members of the House Oversight and Government Reform Committee released a statement saying they had "no confidence" in Leonhart.

"From her testimony, it is clear that she lacks the authority and will to make the tough decisions required to hold those accountable who compromise national security and bring disgrace to their position," the committee wrote.

NPR's Carrie Johnson reports that Leonhart came up the ranks during the Bush administration. She was appointed to the post in 2007 and Obama kept her in place.

This, Carrie says, is not the first time Leonhart has had a tough go of it with the administration.

"Leonhart famously got taken to the woodshed by Attorney General Eric Holder after she declined to support his efforts to roll back long mandatory minimum sentences for nonviolent drug offenders," Carrie reports. "Last year she also took issue with President Obama's comments that marijuana isn't a dangerous substance or [is] no more dangerous than alcohol, in remarks to the sheriffs' association. The sheriffs gave her a standing ovation but, as you can imagine, the White House did not."

Earnest said the president "maintains a very high standard for anybody who serves in his administration, particularly when it comes to law enforcement officials."

In his statement, Holder said: "Going forward, I have no doubt that the women and men of the DEA will continue to perform their duties with the utmost integrity, professionalism and skill – and I wish my good friend Michele all the best as she embarks on this next chapter in what is a remarkable life."