Accessibility links
'People' Names Sandra Bullock, 50, World's Most Beautiful Woman : The Two-Way The actress is the oldest person to head the annual list. But as Clinton and Bush race for the White House, the news seems like deja vu — a vision from 1992. 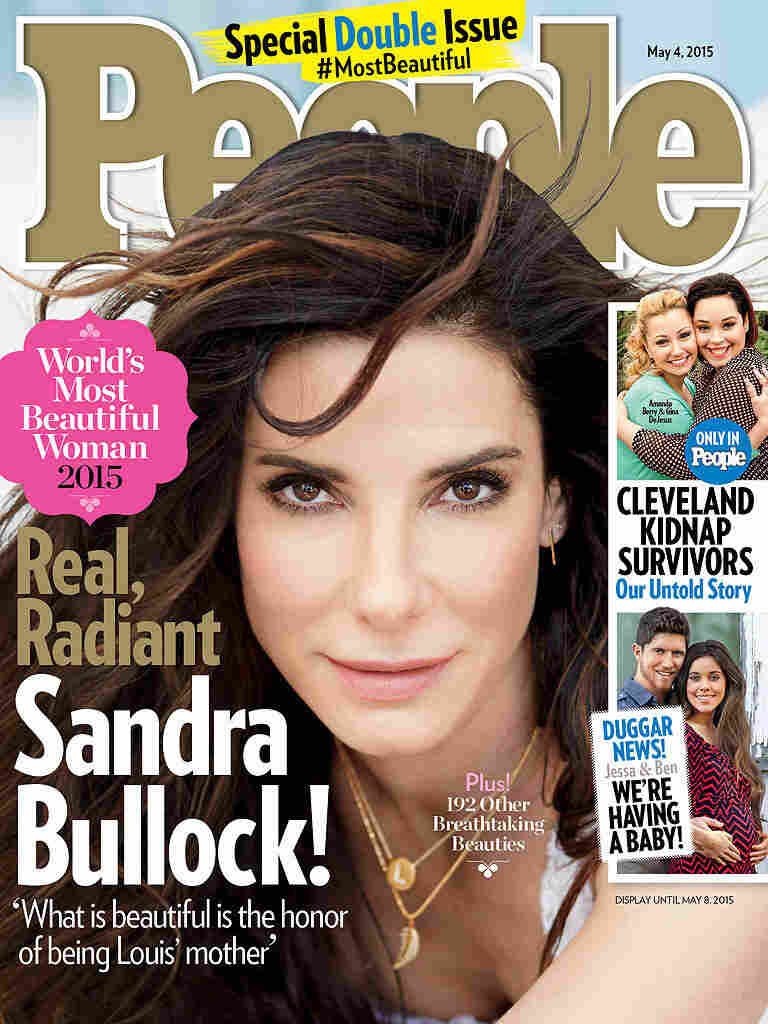 Sandra Bullock is at the top of People magazine's World's Most Beautiful list for 2015. People hide caption 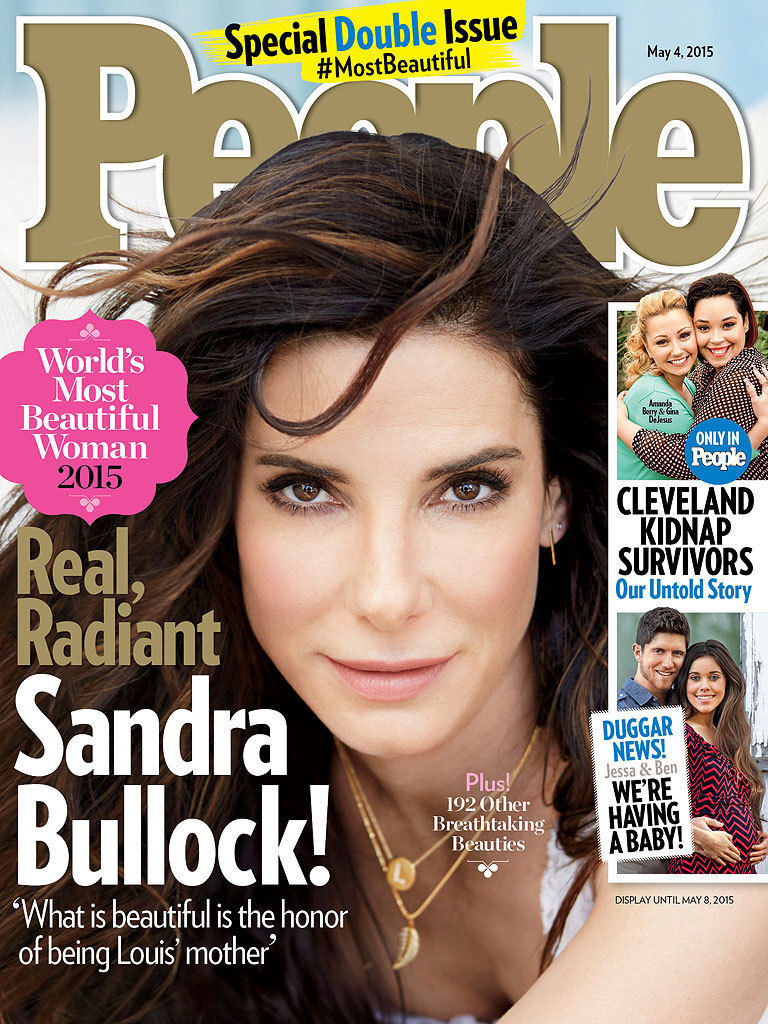 Sandra Bullock is at the top of People magazine's World's Most Beautiful list for 2015.

Actress Sandra Bullock tops People magazine's World's Most Beautiful list for 2015, becoming the oldest person to do so in the list's 25-year history. Three-time winner Julia Roberts was 42 when she last took the top spot.

It's the first time Bullock has won the honor — but if you've been experiencing cultural déjà vu lately, you're not alone.

In recent weeks, we've learned that landmark TV shows of the 1990s (The X Files, Coach and Full House) are being re-created — all amid national discussions over police use of force (see: Rodney King, 1992) and a Bush-Clinton political showdown.

Sandra Bullock was named most beautiful woman.
Coach and Full House are returning to TV.
Bush and Clinton running for President.
Happy 1992.

People says its special "Most Beautiful" issue, with Bullock on the cover, will come out later this week. In it, Bullock shares what she thinks about beauty, and raising her son, 5.

"Real beauty is quiet. Especially in this town, it's just so hard not to say, 'Oh, I need to look like that,' " Bullock tells the magazine. "No, be a good person, be a good mom, do a good job with the lunch, let someone cut in front of you who looks like they're in a bigger hurry. The people I find most beautiful are the ones who aren't trying."