Accessibility links
New Orleans Bans Smoking In Bars, Restaurants : The Two-Way Lighting up in casinos is off-limits, too. The smoking ban stems from a law passed earlier this year. 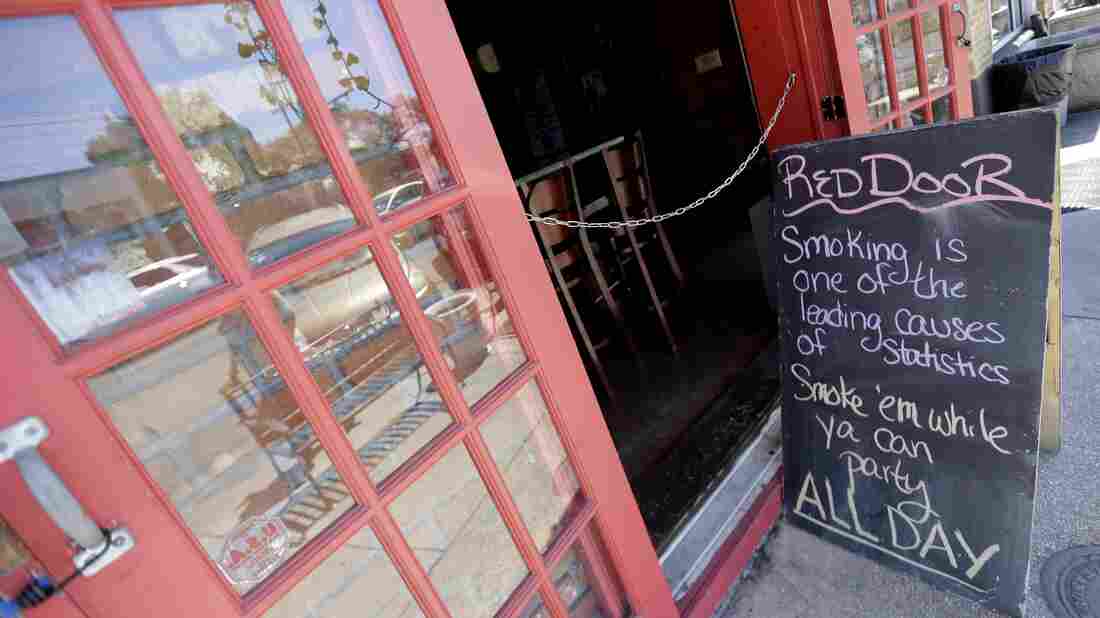 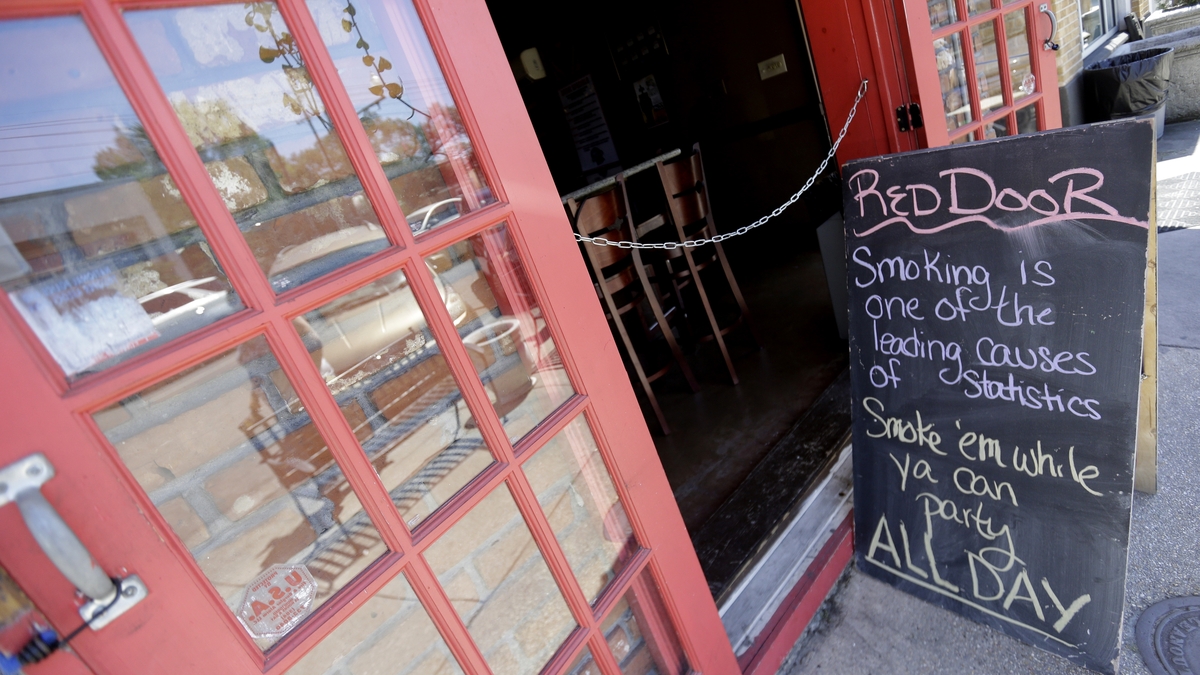 A sign outside The Red Door lounge last weekend warned about the impending smoking ban in New Orleans.

You can take your drinks outside on Bourbon Street, but you can no longer bring your smokes indoors.

The New York Times published an intriguing look at the city's nightlife spots as the ban went into effect.

Just after midnight, it became illegal to smoke in bars in New Orleans. Last call for cigarettes went out across the city: at the hazy Bud Rip's bar in the Bywater; among the cigar-smoking crowd in the leopard print chairs at the French 75 bar in the French Quarter; at the Kingpin, where the bartenders handed out Nicorette gum; and at 45 Tchoup, where smoke had settled in so heavily that it began to form something like an Alpine cloud bank.

"This is one of the smokiest bars in town," said Steve Zweibaum, 57, the owner of a jazz venue nearby who, while smoking a cigarette, spoke of how he had quit smoking long ago. "I know a bunch of people who don't come in here because of the smoke," he said, listing names. "Maybe they'll come back."

WDSU News posted a handy list of quick facts about the ban. Here are a few:

You can find the full text of the law here.