Accessibility links
U.S. Operations Killed Two Hostages Held By Al-Qaida, Including An American : The Two-Way Two Americans who worked for al-Qaida were also killed in the counterterrorism operations in January, the White House said. The two hostages killed included an Italian who had been held since 2012. 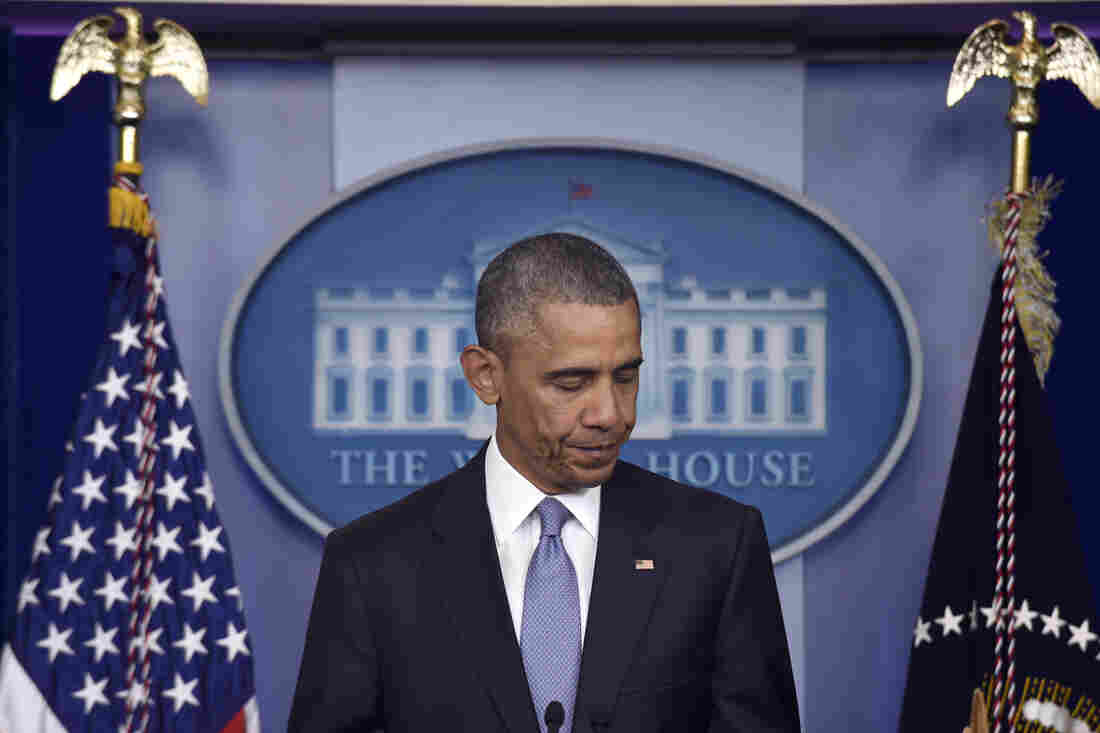 President Obama expresses his condolences today to the families of the American and Italian aid workers killed in a U.S. counterterrorism operation in January. Susan Walsh/AP hide caption 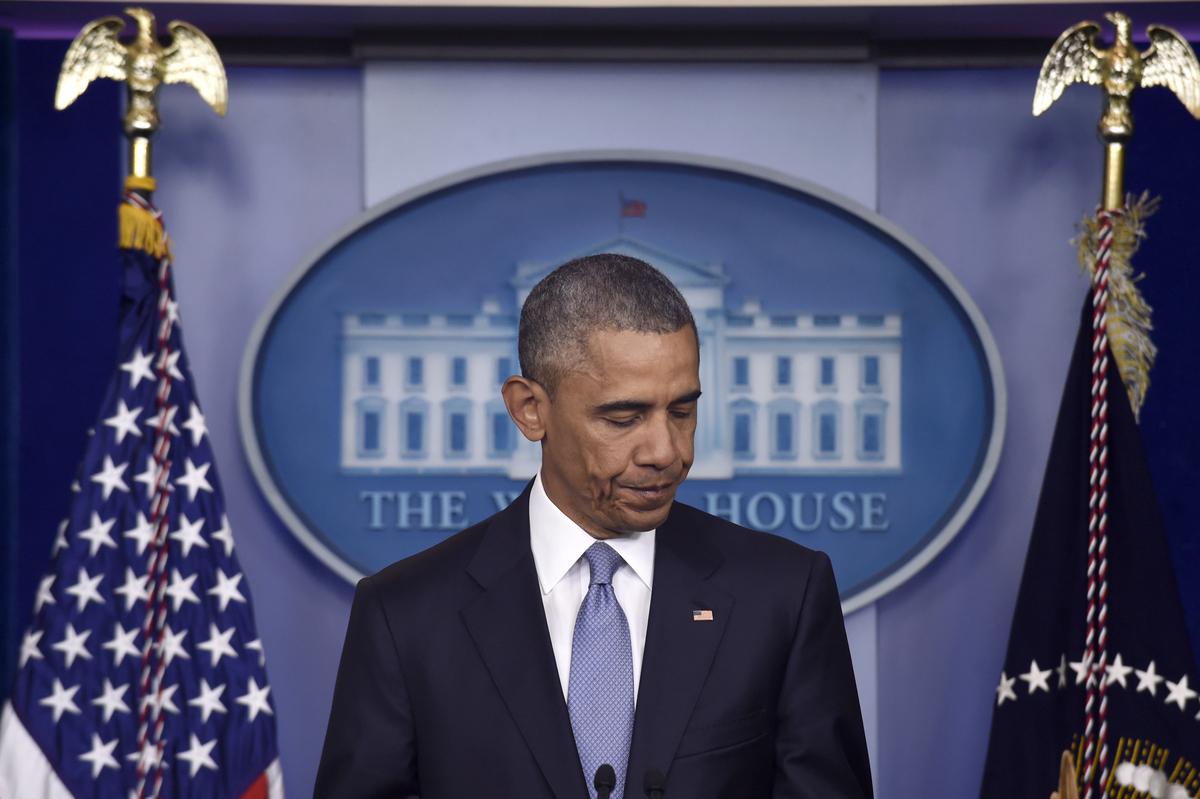 President Obama expresses his condolences today to the families of the American and Italian aid workers killed in a U.S. counterterrorism operation in January.

President Obama offered his "grief and condolences" to the families of the American and Italian aid workers killed in a U.S. counterterrorism operation in January. Both men were held hostage by al-Qaida.

The president said both Warren Weinstein, an American held by the group since 2011, and Giovanni Lo Porto, an Italian national held since 2012, were "devoted to improving the lives of the Pakistani people."

Earlier Thursday, the White House in a statement announced the two deaths, along with the killings of two American al-Qaida members.

"Analysis of all available information has led the Intelligence Community to judge with high confidence that the operation accidentally killed both hostages," the White House statement said. "The operation targeted an al-Qa'ida-associated compound, where we had no reason to believe either hostage was present, located in the border region of Afghanistan and Pakistan. No words can fully express our regret over this terrible tragedy."

The statement did not specify the nature of the operations, but they are widely reported to be drone strikes.

The American Civil Liberties Union, in a statement, said the revelations "raise troubling questions about the reliability of the intelligence that the government is relying on to justify drone strikes."

"While both Farouq and Gadahn were al-Qa'ida members, neither was specifically targeted, and we did not have information indicating their presence at the sites of these operations," the statement said. 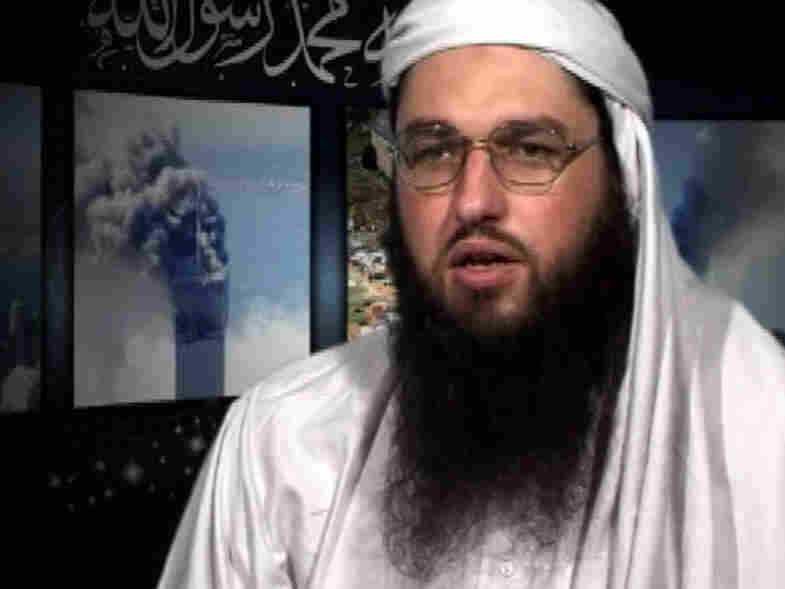 Adam Gadahn is an American who grew up in Southern California, converted to Islam and joined al-Qaida. The White House says he was killed in a counterterrorism operation in January. IntelCenter via AP hide caption 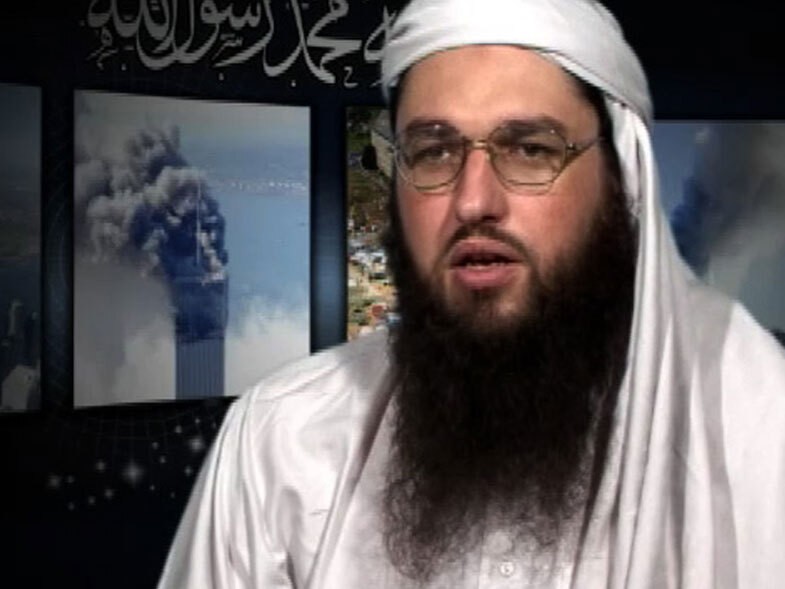 Adam Gadahn is an American who grew up in Southern California, converted to Islam and joined al-Qaida. The White House says he was killed in a counterterrorism operation in January.

"The President directed that the information being shared today, which was properly classified until now, be declassified and shared with the American people. He takes full responsibility for these operations and believes it is important to provide the American people with as much information as possible about our counterterrorism operations, particularly when they take the lives of fellow citizens. The uniquely tragic nature of the operation that resulted in the deaths of two innocent hostages is something we will do our utmost to ensure is not repeated. To this end, although the operation was lawful and conducted consistent with our counterterrorism policies, we are conducting a thorough independent review to understand fully what happened and how we can prevent this type of tragic incident in the future. "

As we have previously reported, Weinstein was a development worker and Peace Corps veteran who was kidnapped in 2011 from his home in Pakistan. In a video released in December 2013, he was seen asking President Obama "to instruct your appropriate officials to negotiate my release."

In a statement, Weinstein's family said they were "devastated by this news" and said "those who took Warren captive over three years ago bear ultimate responsibility" for his death.

But she added: "Unfortunately, the assistance we received from other elements of the U.S. Government was inconsistent and disappointing over the course of three and a half years. We hope that my husband's death and the others who have faced similar tragedies in recent months will finally prompt the U.S. Government to take its responsibilities seriously and establish a coordinated and consistent approach to supporting hostages and their families."

A spokesman said the family was informed of Weinstein's death on Wednesday.

Lo Porto, as the Guardian newspaper reported in a profile in 2013, traveled to Pakistan's Punjab province to start a new job as an aid worker. But he was kidnapped soon after his arrival. Obama said he informed Italian Prime Minister Matteo Renzi of Lo Porto's death on Wednesday.

Gadahn, as NPR's Dina Temple-Raston reported in 2010, joined al-Qaida in the late 1990s. He was a New Mexico native of Yemeni descent. Here's more from her profile of him:

"He grew up on a goat farm in Southern California. His parents were hippies. He was home-schooled, big into death metal rock, and eventually found Islam.

"Haitham Bundakji [an imam at the mosque] was a witness to Gadahn's conversion at the Islamic Society of Orange County in the late 1990s. He was also a witness to Gadahn's radicalization a short time later. 'It didn't take long before he had started spending time with the wrong kind of people at the mosque,' Bundakji says. There were a handful of angry, particularly devout Muslims at the mosque who immediately befriended Gadahn. 'He came to the mosque by himself and he didn't have family who were Muslim, so he was all alone.'"

"Gadahn spent most of his days hanging around the Islamic center. He performed the five daily prayers there. He found odd jobs to do. Bundakji says these young men, a bit older than Gadahn — in their 20s and 30s — took advantage of the new convert. They turned Gadahn against Bundakji, whom they saw as too progressive."

"Bundakji says that back in 1997, Gadahn actually attacked him. Gadahn was arrested and charged with misdemeanor assault. He pleaded guilty and Bundakji barred him from the mosque for a time. By 1998, Gadahn and the other young men in his clique had drifted away from the mosque. A short time later, he left the U.S. and went to an al-Qaida training camp in Afghanistan."

White House spokesman Earnest identified Farouq as a leader of al-Qaida in the Indian Subcontinent.

"He was playing a prominent role in leading that network's operations and planning in that region of the world," he said.