Accessibility links
Dwayne Bowe, A Former Chief, Flies To Kansas City For Fan's Funeral : The Two-Way He plays in Cleveland now, but when Dwayne Bowe heard that Betty Johnson, his favorite fan in Kansas City, had died, he flew in to pay his respects. 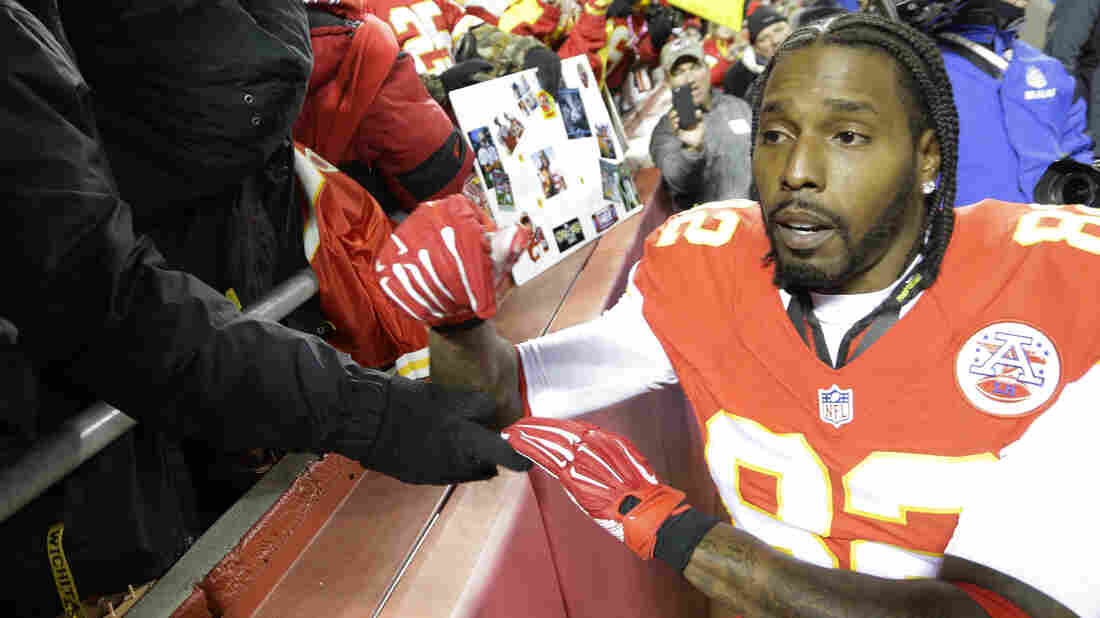 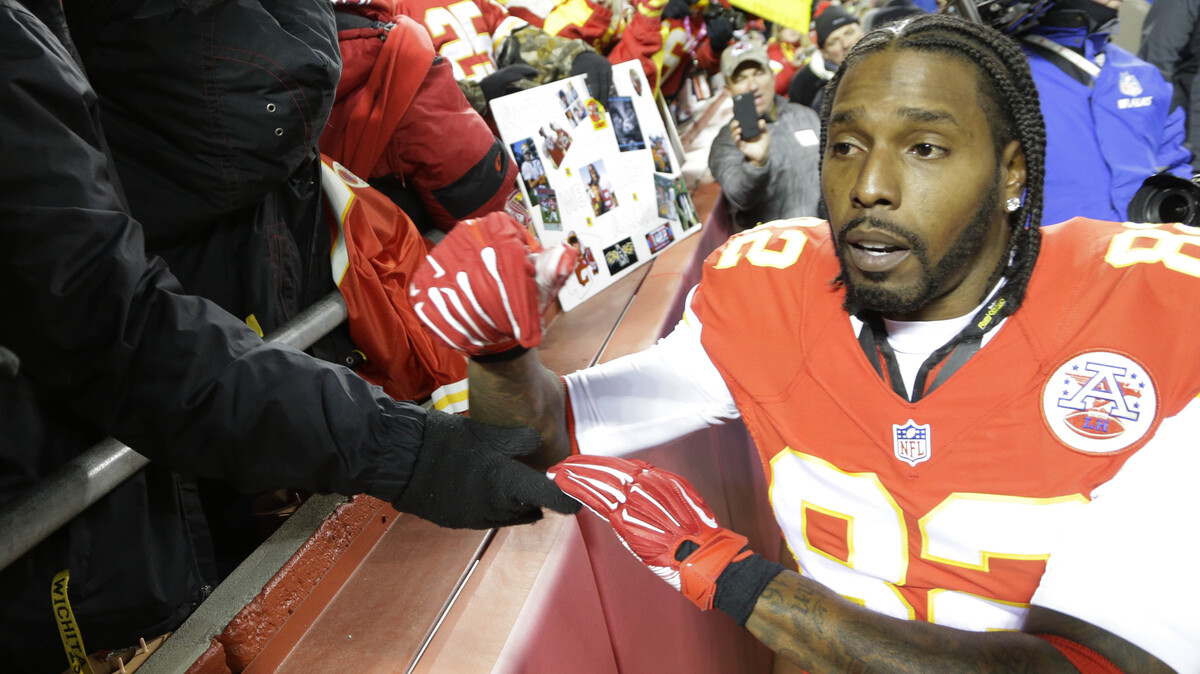 He plays for Cleveland now — but when the NFL's Dwayne Bowe heard that one of the former Kansas City Chiefs' biggest fans had died, he flew to Missouri to attend the funeral of Betty Johnson, age 86.

The gesture is perhaps the most notable of several made by a team whose players called Johnson, a long-time season ticket holder and retired school-bus driver, "Grandma."

Bowe, who has been a star receiver in the NFL, spent eight seasons in Kansas City before the team released him this year. He signed a new contract with the Cleveland Browns last month.

"He flew in for my mother's funeral to give her the last kiss," Susan Johnson tells local news station KCTV 5. "Her celebration was just what she wanted. I wished I could have seen her in heaven today. I know she was there in spirit. It was a special ending to very special person."

According to KCTV, former Chiefs' kicker Nick Lowery was visiting Johnson in hospice along with her family when she died.

Johnson had a tradition with Bowe — he gave her a kiss on the cheek before home games at Arrowhead Stadium. Wednesday, Bowe tweeted "R.I.P Granny" and changed his profile picture to one of him and Johnson together.

"You might have thought you were the Chiefs' # 1 fan, but in so many ways we were yours. Thanks for making Arrowhead feel like home to me. I will continue to play my heart out for you. Kisses to you my special angel.."