Accessibility links
Senate Confirms Loretta Lynch For Attorney General : The Two-Way In one of the most protracted cabinet-level confirmation processes, 10 Republicans joined the chamber's Democrats in a 56 to 43 vote to approve the long-delayed nomination to replace Eric Holder. 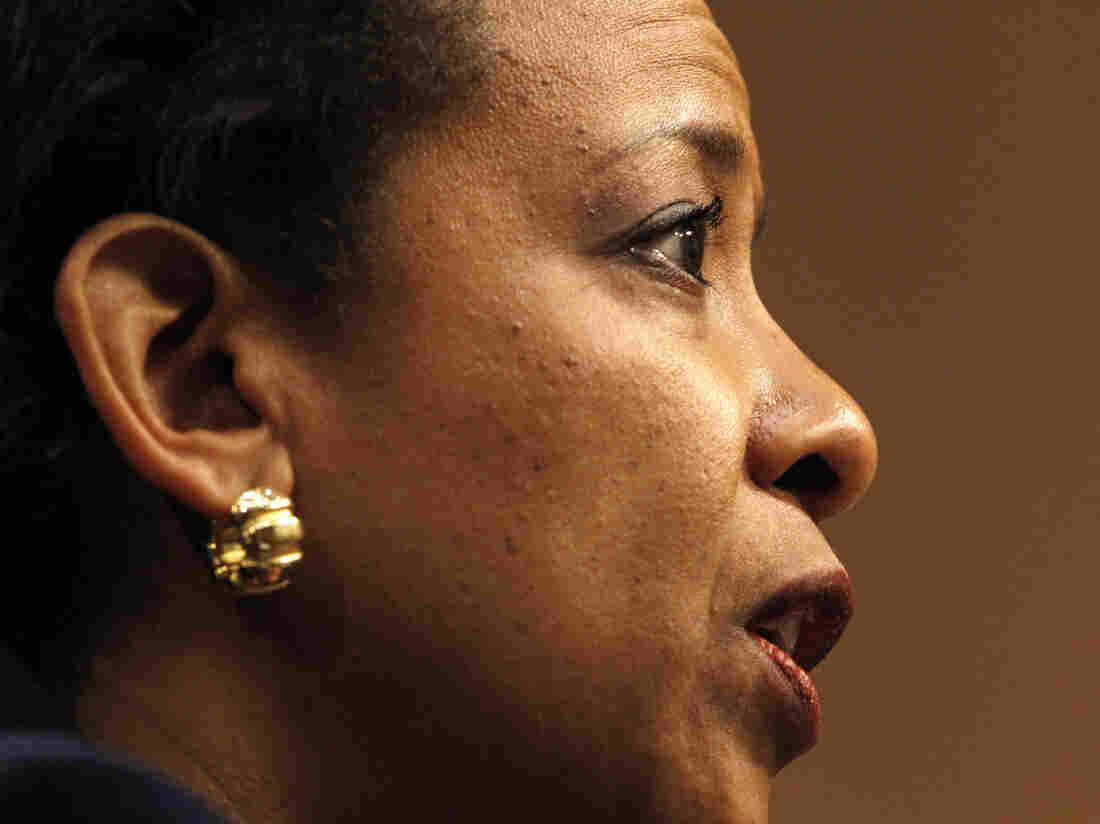 Attorney general nominee Loretta Lynch testifies on Capitol Hill in January. Lynch was confirmed by the Senate on Thursday after months of delay and partisan bickering. Jacquelyn Martin/AP hide caption

Senate lawmakers have confirmed Loretta Lynch for the post of attorney general after a five-month delay, voting largely along party lines, with Democrats in the chamber joined by 10 Republicans supporting her nomination.

A simple majority is all that was required to confirm Lynch and the 56-43 vote means she will replace Eric Holder in the top post at the Justice Department. The nomination has been embroiled in a partisan fight between the Obama administration and Republican lawmakers opposed to the president's executive actions to limit deportations for millions of illegal immigrants. Republicans were angered by Lynch's support of the president's stance on the controversial issue.

In an unexpected twist, Senate Majority Leader Mitch McConnell, who had kept her nomination from a vote for so many weeks, voted with the majority.

In February, the Senate Judiciary Committee sent her nomination to the full Senate, but Republican leaders delayed the vote for a variety of reasons.

As The Associated Press notes: "Democrats have grown incensed over the long delay in confirming Lynch, with Obama himself weighing in last week to lament Senate dysfunction and decry the wait as 'crazy' and 'embarrassing.'"

In a statement issued shortly after the vote, President Obama said America was better off not that "the Senate finally confirmed" Lynch to be the next attorney general.

"As head of the Justice Department, she will oversee a vast portfolio of cases, including counterterrorism and voting rights; public corruption and white-collar crime; judicial recommendations and policy reviews – all of which matter to the lives of every American, and shape the story of our country," Obama said in the statement.

"Loretta's confirmation ensures that we are better positioned to keep our communities safe, keep our nation secure, and ensure that every American experiences justice under the law," the president said.