Accessibility links
Armenians Mark A Century Since World War I Massacre : The Two-Way Presidents Vladimir Putin of Russia and Francois Hollande of France were among those who attended a ceremony in the Armenian capital. German lawmakers vote to call the event "genocide."

Armenians Mark A Century Since World War I Massacre

Armenians Mark A Century Since World War I Massacre 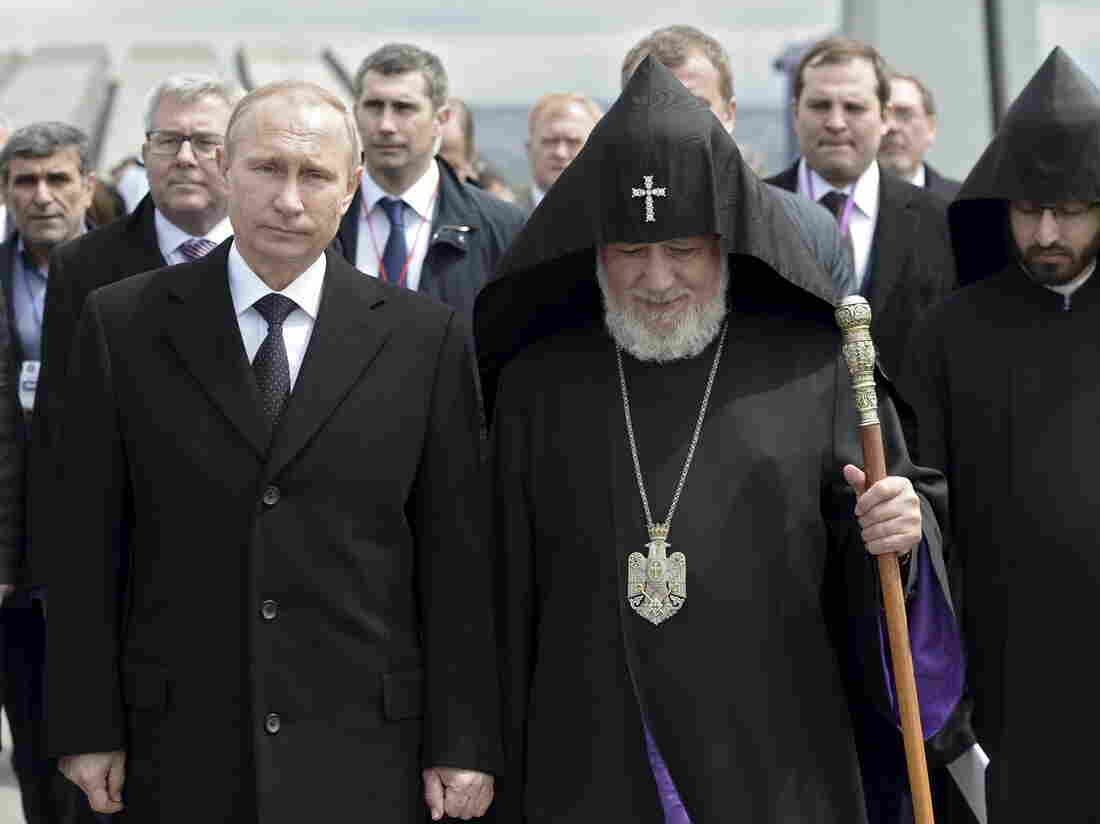 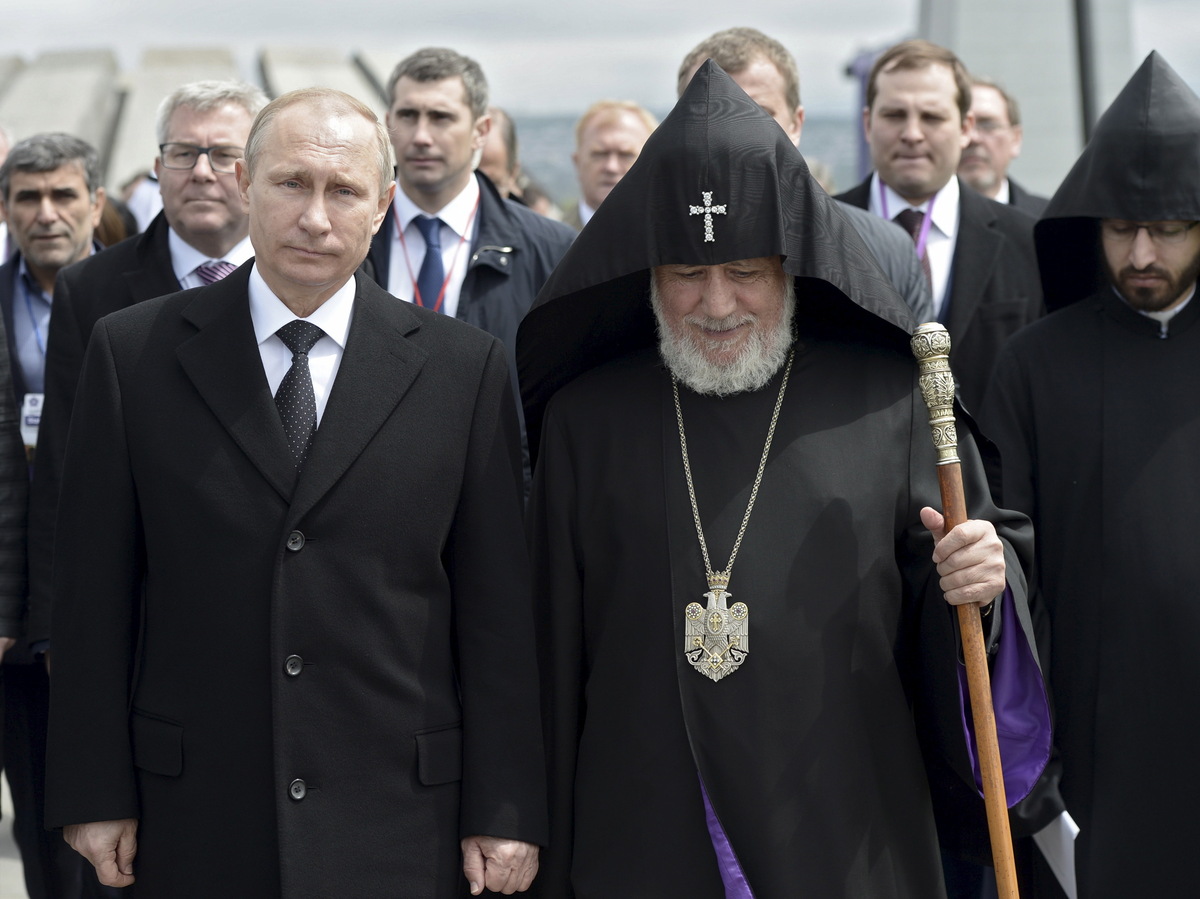 Catholicos Karekin II (R, front), the supreme head of the Armenian Apostolic Church, and Russia's President Vladimir Putin walk to attend a commemoration ceremony marking the centenary of the mass killing of Armenians by Ottoman Turks in Yerevan, Armenia.

European leaders attended a ceremony marking the centenary of the massacre of an estimated 1.5 million Armenians by Ottoman Turks during World War I, as German lawmakers risked triggering a diplomatic row with Turkey by voting to acknowledge the historical event as "genocide" –- a charge Ankara has strongly denied.

Russian President Vladimir Putin and French President Francois Hollande were among those gathered today in the Armenian capital, Yerevan, at the Tsitsernakaberd Memorial to mark the day generally regarded as the start of the massacre, carried out by Ottoman officials who feared that Armenian Christians would side with their enemy, Russia, during World War I.

"We will never forget the tragedy that your people went through," Hollande said.

(For a history of the issue, NPR's Krishnadev Calamur has a primer here.)

The vote by the German parliament "marks a significant change of stance for Germany, Turkey's biggest trade partner in the European Union and home to a large ethnic Turkish diaspora. Unlike France and some two dozen other countries, Berlin has long resisted using the word," according to Reuters.

The Associated Press notes that France "is home to a sizeable Armenian community. Among the French Armenians at Yerevan was 90-year old singer Charles Aznavour who was born in Paris to a family of massacre survivors."

Most historians regard the events a century ago as genocide, but Turkey has vociferously rejected that label, arguing that the death toll has been exaggerated and that most of the victims died during unrest and civil war.

On the eve of the anniversary, Turkish President Recep Tayyip Erdogan again denied that the event amounted to genocide.

"In World War I, which ranks among humanity's major catastrophes, millions from all nations also perished within the boundaries of the Ottoman Empire," Erdogan said. "I commemorate with compassion and respect all the Ottoman citizens, regardless of their ethnic and religious identity, who lost their lives under similar conditions during this War.

Earlier this month, Ankara froze relations with the Vatican after Pope Francis publicly referred to the Armenian "genocide."