Accessibility links
'Bali Nine' Ringleaders Could Face Indonesian Firing Squad Within Days : The Two-Way Andrew Chan and Myuran Sukumaran, the ringleaders of the heroin-smuggling ring, are expected to be given their execution dates on Saturday. Indonesian law requires they receive 72 hours' notice. 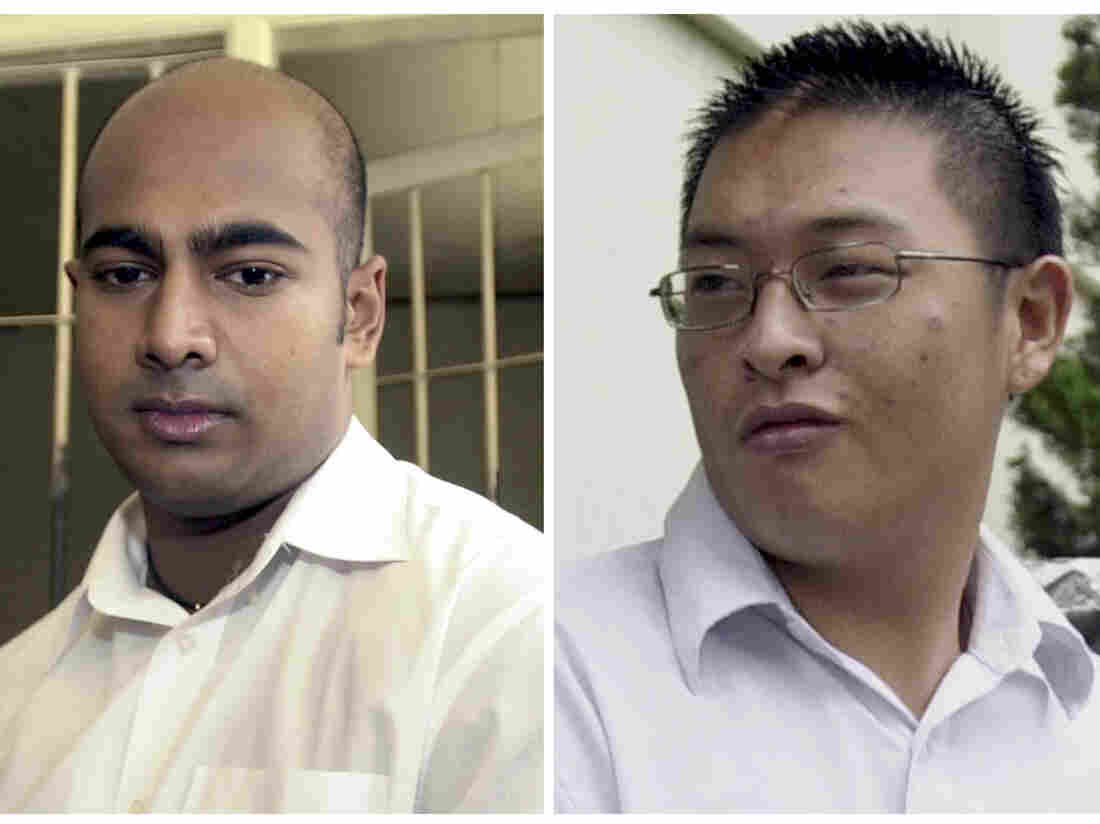 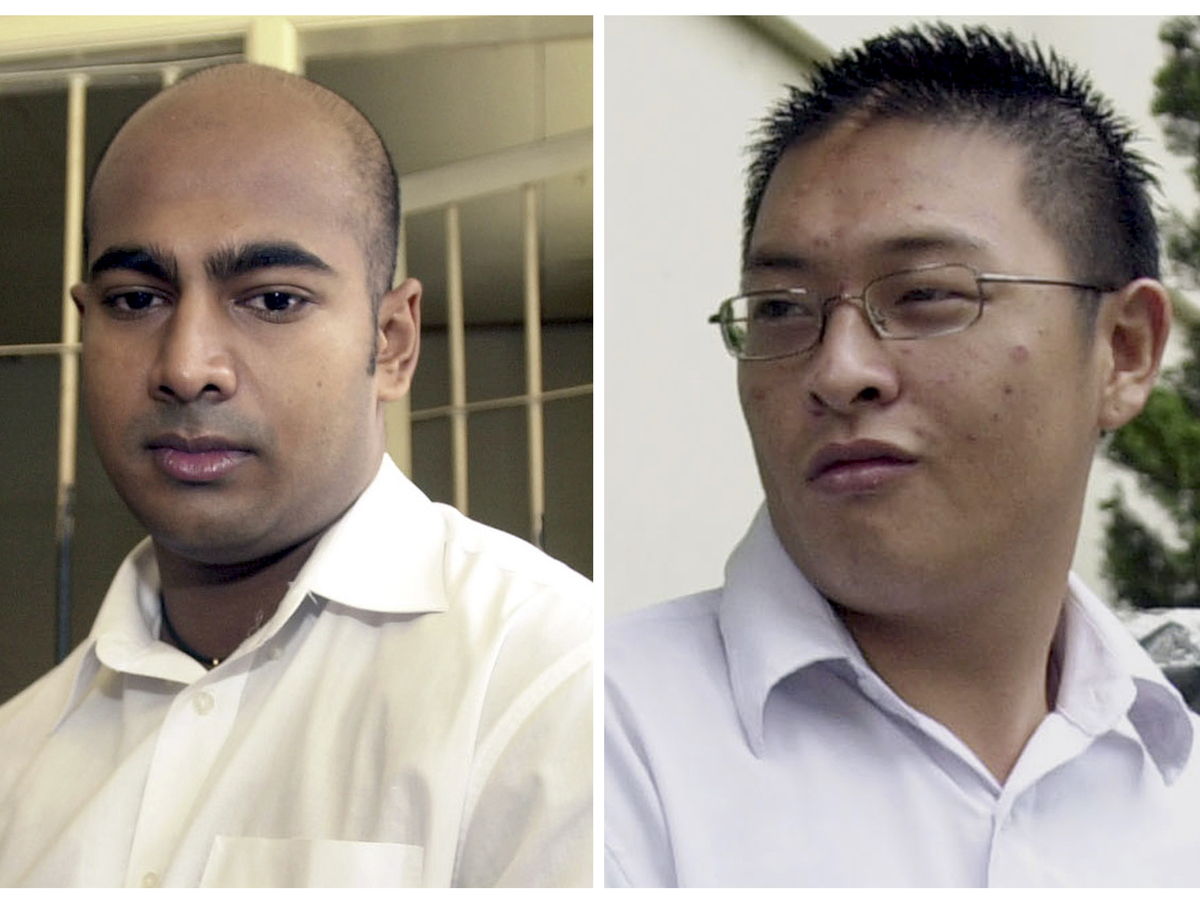 File photos from Jan. 2006 show Australian drug traffickers Myuran Sukumaran, left, and Andrew Chan during their trial in Bali, Indonesia. Indonesian authorities are reportedly ready to set an execution date for the pair.

Indonesia has indicated that it is likely to execute the ringleaders of the so-called Bali Nine – a group of Australians held in the country after being convicted of drug smuggling in 2006.

Andrew Chan and Myuran Sukumaran are the sole Australian Bali Nine detainees who are facing a firing squad. The other Australians have received lengthy or life prison sentences. However, two Nigerians, a Brazilian, a Frenchman, a Ghanaian, a Filipina and one Indonesian affiliated with the heroin-smuggling ring are also on death row. At least some of them are thought to also be near to receiving an execution date.

Indonesian authorities cracked the ring a decade ago.

The BBC says that foreign embassy officials have been summoned by Indonesian authorities to the prison on the island of Nusakambangan -– a move seen as a prelude to announcing executions.

The Sydney Morning Herald reports: "In another ominous sign the end is near, the final prisoner facing the firing squad - Filipina maid Mary Jane Fiesta Veloso — was on Friday morning transferred to Nusakambangan, known as the 'death island.'"

An unnamed diplomat was quoted by Reuters as saying: "We have been told to be there on Saturday."

"We still don't know when the actual date of execution will happen but we expect that it will be in days," he told Reuters.

According to Indonesian law, prisoners must be given 72 hours' notice of their impending execution.

The Herald says that the families of Chan and Sukumaran were still hoping for an eleventh-hour stay to be granted by an Indonesian court.

In an interview with the newspaper, Australian Tan Duc Nguyen, who was sentenced to life in the Bali Nine case, expressed shock at the news that Chan and Sukumaran might be executed soon.

"Terrified for their situation, distraught for their loved ones and [agonizingly] certain I will be next," Nguyen told the newspaper. "Am I guilty? Yes. Am I sorry? More than anyone will ever know."