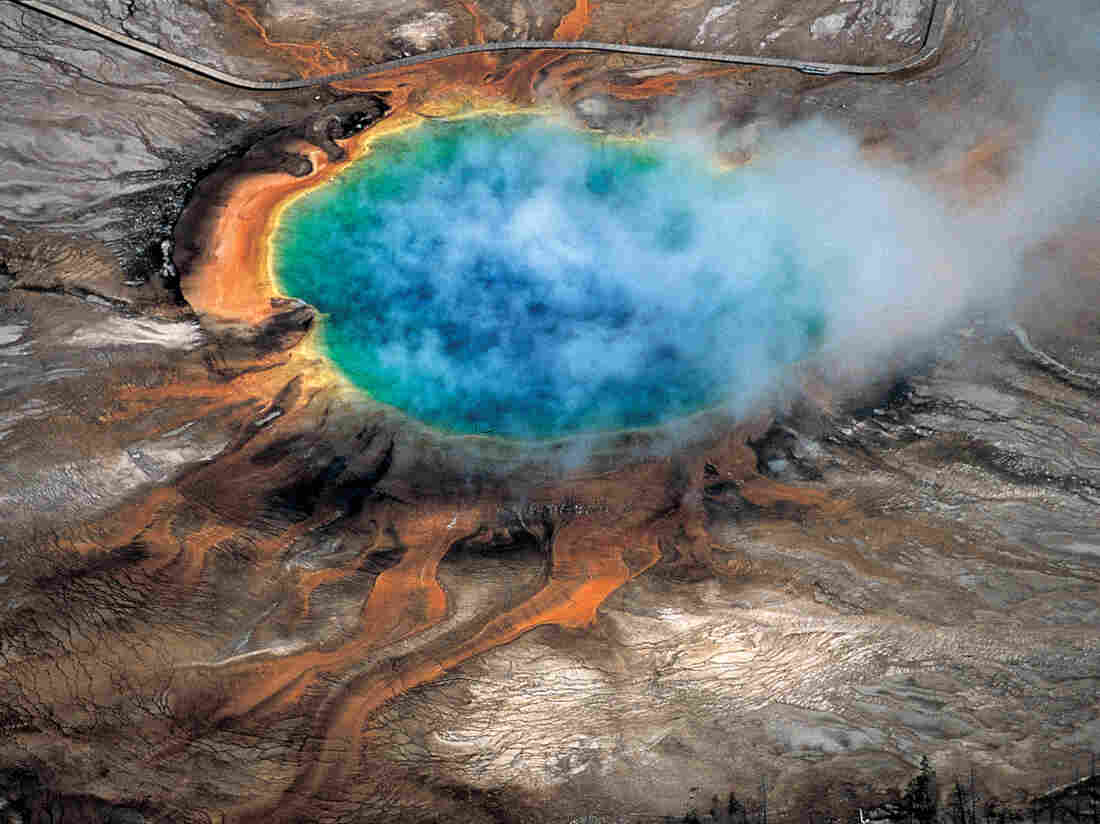 The Grand Prismatic hot spring in Yellowstone National Park is among the park's myriad hydrothermal features created by the fact that Yellowstone is a supervolcano. Robert B. Smith/AP hide caption 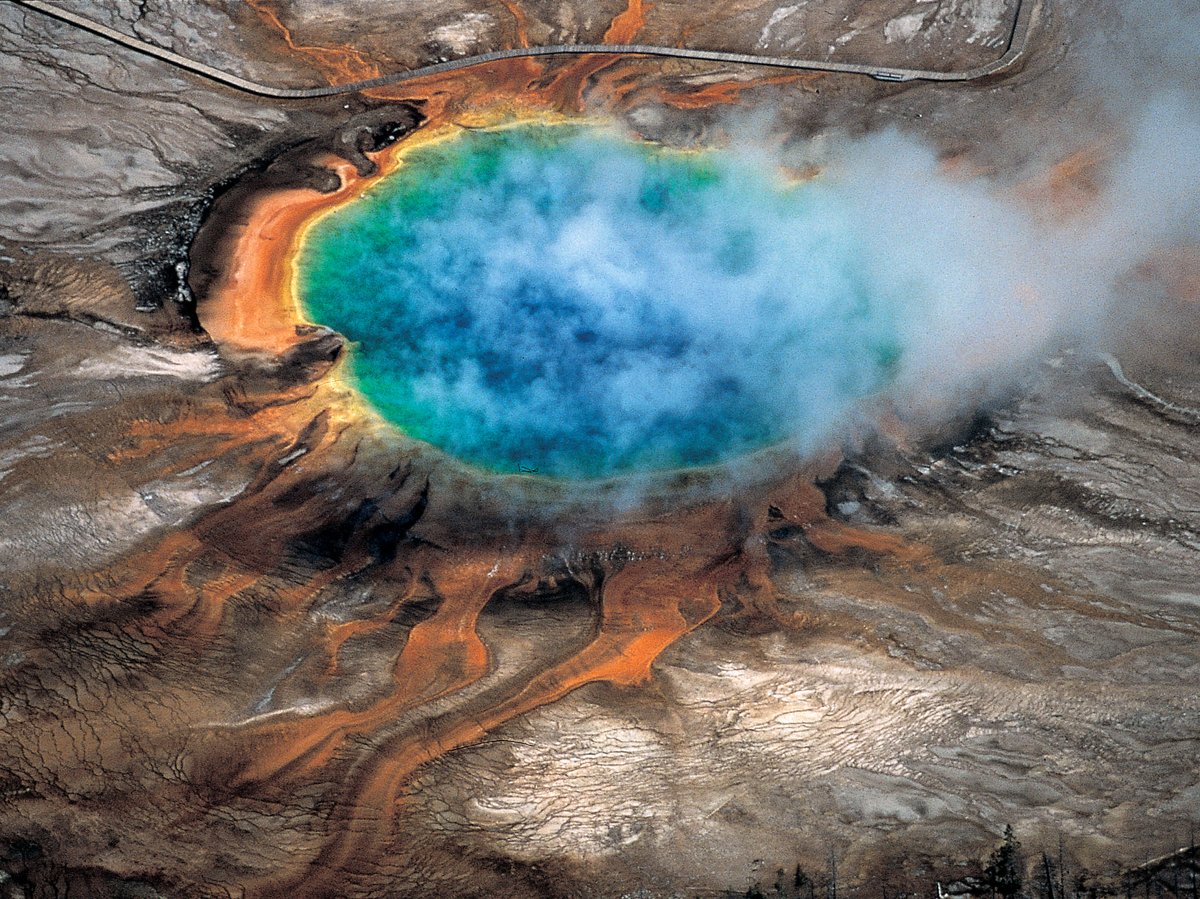 The Grand Prismatic hot spring in Yellowstone National Park is among the park's myriad hydrothermal features created by the fact that Yellowstone is a supervolcano.

There's more to Yellowstone National Park than meets the eye. Much more, as it turns out.

You might already know that a supervolcano dominates the famous park that is situated on land in Wyoming and Montana. A shallow subsurface magma chamber has long been known.

But now a second, much larger reservoir of partially molten rock has been discovered by researchers at the University of Utah. There's enough magma inside, they say, to fill the Grand Canyon more than 11 times.

Seismologists at the university, publishing in the journal Science, say the magma reservoir sits below the other, shallower (and smaller) one already known. But the new one is 4 1/2 times larger.

According to Science, researchers had already known about a plume that brings molten rock up to within about 37 miles of the surface that contains about 2,400 cubic miles of magma. The new find represents "the missing link between the mantle plume and the shallow magma chamber," Peter Cervelli, a geophysicist in Anchorage, Alaska, who works at the U.S. Geological Survey's Yellowstone Volcano Observatory, was quoted by Science as saying.

"For the first time, we have imaged the continuous volcanic plumbing system under Yellowstone," first author Hsin-Hua Huang, also a postdoctoral researcher in geology and geophysics, is quoted by a University of Utah statement as saying. "That includes the upper crustal magma chamber we have seen previously plus a lower crustal magma reservoir that has never been imaged before and that connects the upper chamber to the Yellowstone hotspot plume below."

"So there is about one-quarter of a Grand Canyon worth of molten rock within the much larger volumes of either the magma chamber or the magma reservoir, [postdoctoral researcher and co-author Jamie] Farrell says."

Science notes that the discovery should not be construed as suggesting that the chances of an eruption are any higher: Whether or not the supervolcano goes is dependent on the emptying of the shallow chamber. What the study does mean, however, is that the deeper chamber can replenish the smaller one — allowing for larger eruptions.

"Knowing that you have this additional reservoir tells you you could have a much bigger volume erupt over a relatively short time scale," says co-author Victor Tsai, a geophysicist at the California Institute of Technology in Pasadena.

The last major eruption of the Yellowstone supervolcano occurred 640,000 years ago. There were two other known events, 1.3 million and 2.1 million years ago.

While the U.S. Geological Survey's Yellowstone Volcano Observatory stresses that the probability of a Yellowstone supervolcanic eruption in any given year is "very low," using computer models it has studied what might happen if it did occur.

You can read about that here.