Accessibility links
After Baltimore March, Clashes Between Protesters, Police : The Two-Way People gathered in the city's streets in support of Freddie Gray, who died after sustaining a fatal spinal cord injury during or after his arrest. Later, protests took a violent turn at Camden Yards. 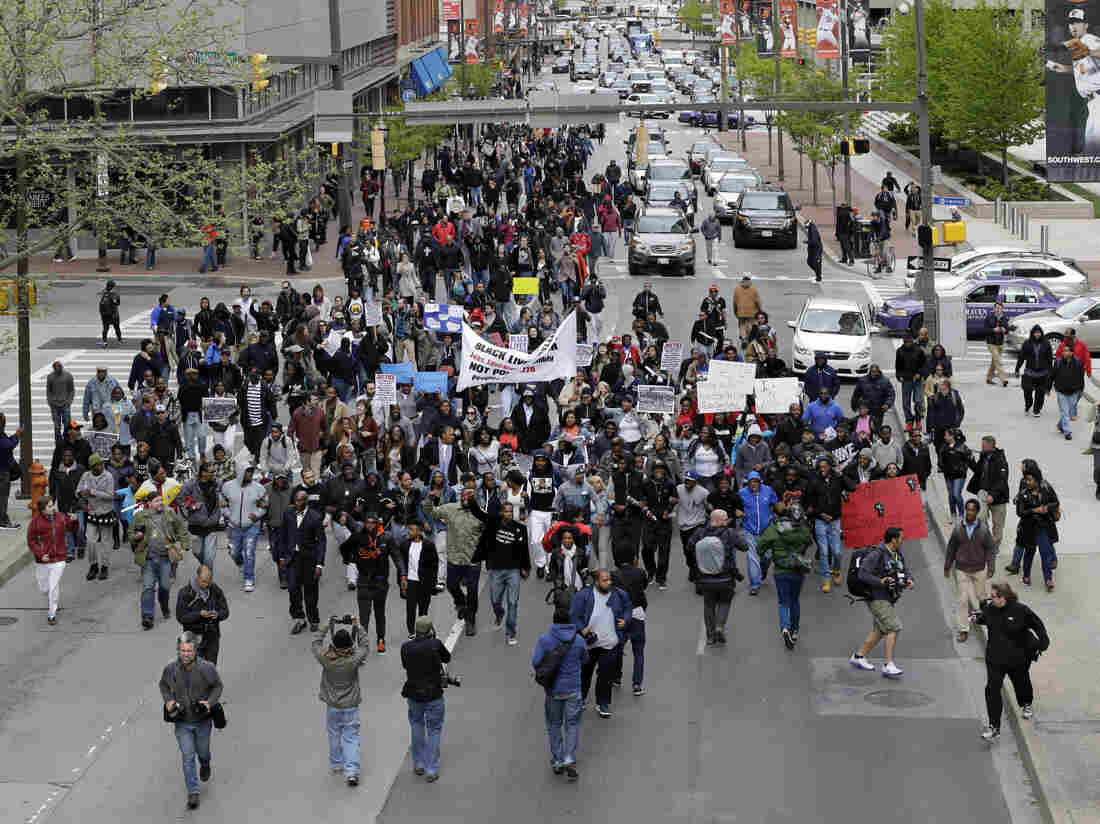 Earlier this week, protesters marched for Freddie Gray through downtown Baltimore. Gray died from spinal injuries about a week after he was arrested and transported in a police van. A larger protest is planned for Saturday afternoon. Patrick Semansky/AP hide caption 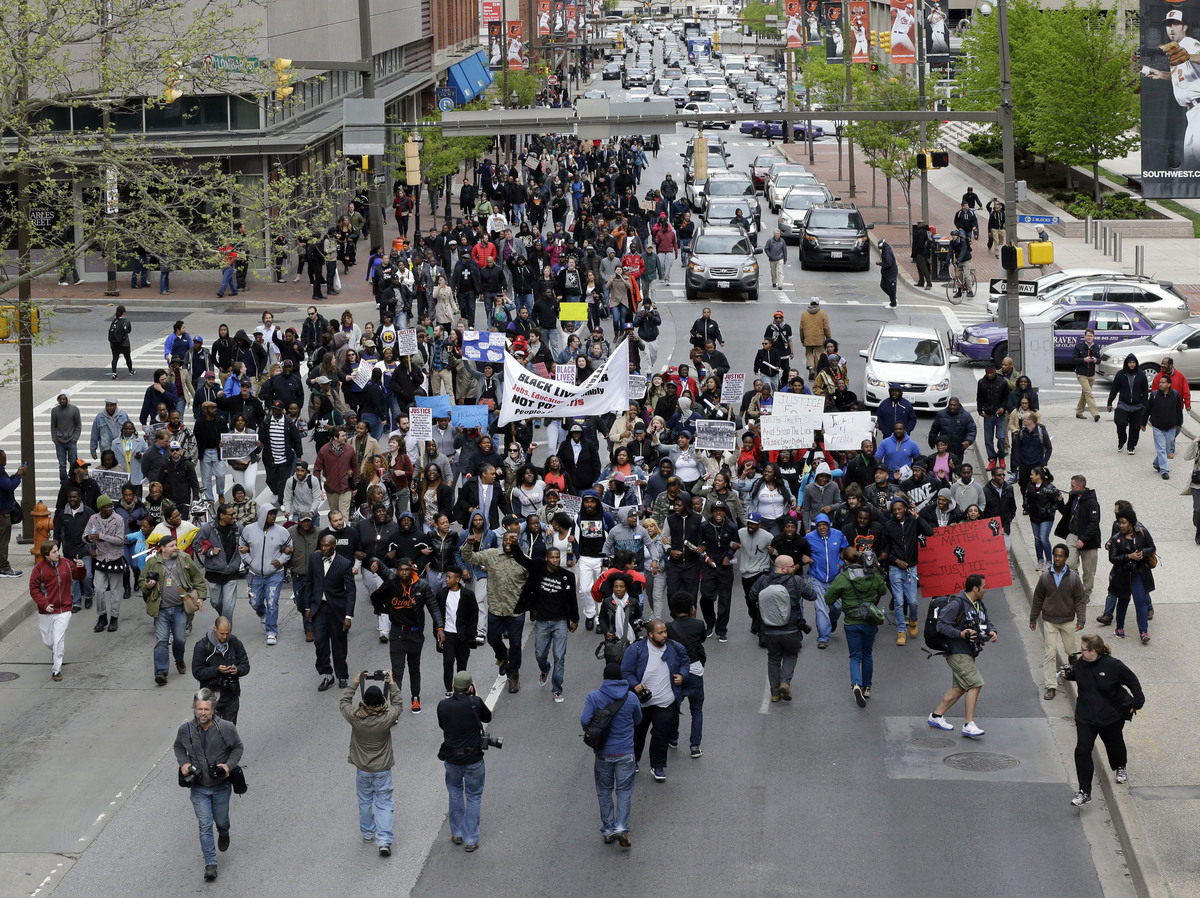 Earlier this week, protesters marched for Freddie Gray through downtown Baltimore. Gray died from spinal injuries about a week after he was arrested and transported in a police van. A larger protest is planned for Saturday afternoon.

Protesters who have turned out in the streets of Baltimore for several days to express anger over the police custody death of Freddie Gray have gathered in their largest demonstration to date Saturday afternoon.

Organizers and supporters, who vowed to "shut down" the city, were using social media to share video of crowds gathering to protest the April 12 death of Gray, who suffered a fatal spinal cord injury while in custody.

Thousands gathered in the city's streets, reports The Associated Press. Marchers walked to City Hall, and paused for a moment of silence before the hospital where Gray died.

After an afternoon of peaceful marching, the day turned violent outside Camden Yards, where some protesters had gathered ahead of a game between the Baltimore Orioles and Boston Red Sox. There, several police cars were vandalized, reports NPR's Nick Fountain, and items were thrown at police.

Gray died last Sunday, a week after officers chased him down and arrested him in the Gilmor Homes project in West Baltimore. Police say he had a history of violence and drug dealing and that he fled when officers approached him.

Earlier Saturday, the AP quoted the president of a black lawyers' group as predicting thousands would turn out for today's protest.

"Things will change on Saturday, and the struggle will be amplified," said Malik Shabazz of Black Lawyers for Justice. "It cannot be business as usual with that man's spine broken, with his back broken, with no justice on the scene."

As we reported on Friday, Baltimore Deputy Police Commissioner Kevin Davis acknowledged during a news conference that officers had handcuffed Gray after an arrest and placed him in the back of a police van without buckling him in. Davis, however, said it had not yet been determined whether Gray's fatal injury was sustained in van or at the time of arrest.

Also on Friday, Baltimore Mayor Stephanie Rawlings-Blake held a news conference in which she demanded answers at the same time she urged the public to be patient.

"In order to have justice and not just seek justice, the investigation needs to follow procedures," she said. "We have to be able to follow up on leads and they have to be as thorough as possible."