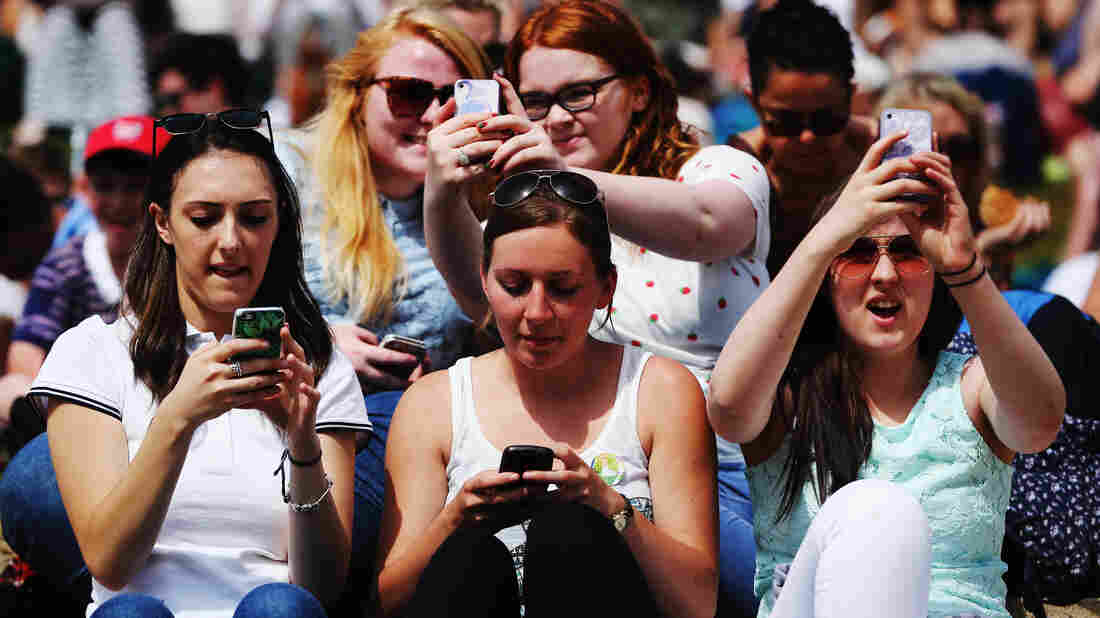 Tennis fans at this year's Wimbledon will have to take selfies the old-fashioned way, like these fans at last year's championships. Dan Kitwood/Getty Images hide caption 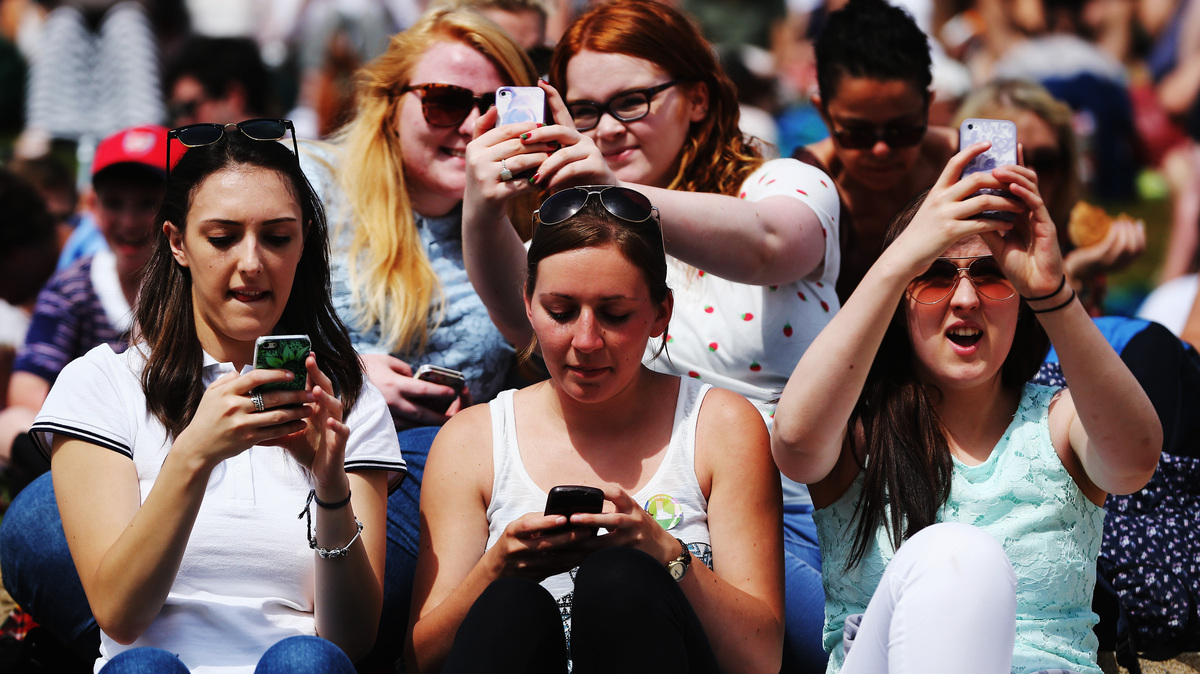 Tennis fans at this year's Wimbledon will have to take selfies the old-fashioned way, like these fans at last year's championships.

Taking the same stance as the Kentucky Derby and other big events, the All England Lawn Tennis Club is telling ticket holders for this year's Wimbledon not to try to bring selfie sticks to matches. The club reportedly cited the devices' "nuisance value."

Large music festivals Coachella and Lollapalooza banned the photo-taking props last month, with Coachella dismissing them as "narciss-sticks." Many museums and galleries have similar policies.

"In common with many other major sports and entertainment events, The Championships will not allow 'selfie sticks' into the Grounds," the All England organization announced.

The BBC reports, "A spokesman for the club told the Sunday Times the move was brought in [part] because of the 'nuisance value' but 'primarily so it doesn't interfere with spectators' enjoyment.' "

Other suggestions in the 2015 Wimbledon Ticket Holders Guide cover footwear — "flip flops and high heels are not recommended" — and forgery: "Please do not post pictures of your tickets on social networking sites."