Accessibility links
On The Streets Of Baltimore, Trying To Understand The Anger : The Two-Way On the streets, some said violence is the only way to get authorities to pay attention to the plight of blacks in Baltimore. Others said they understood the anger, but not the violence. 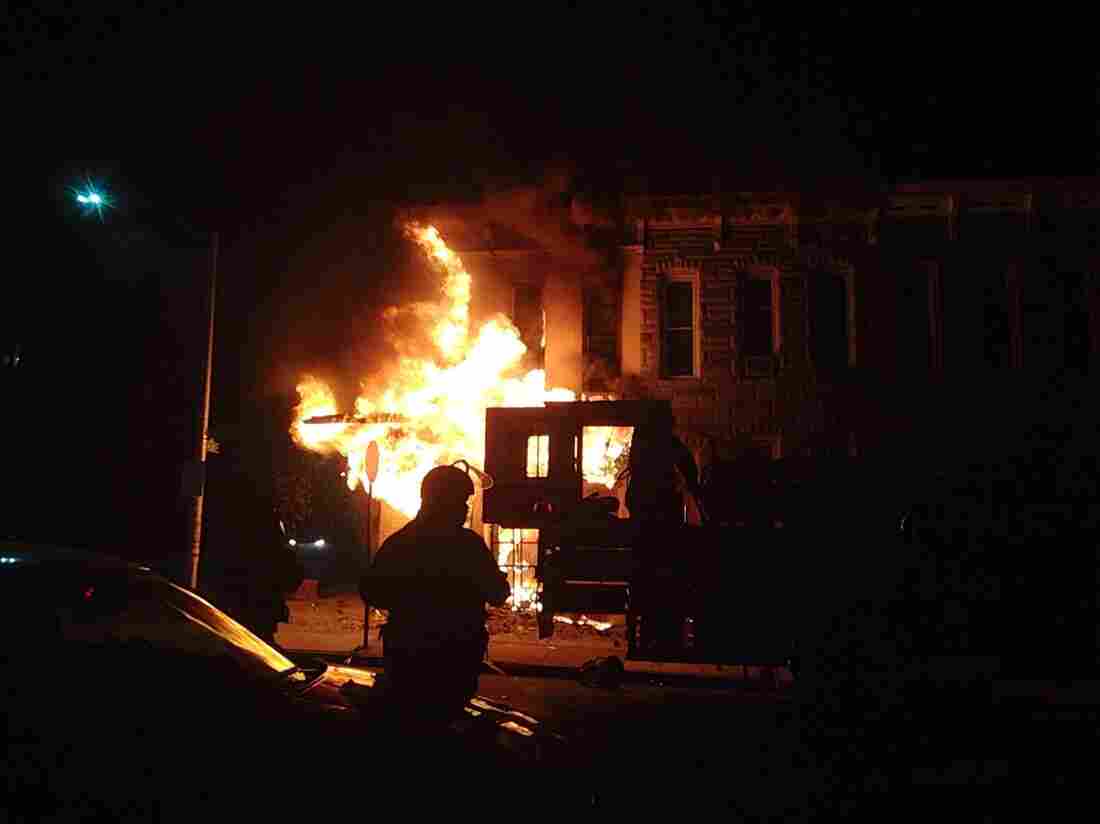 A police officer watches a corner market burn in the west side of Baltimore. Eyder Peralta/NPR hide caption 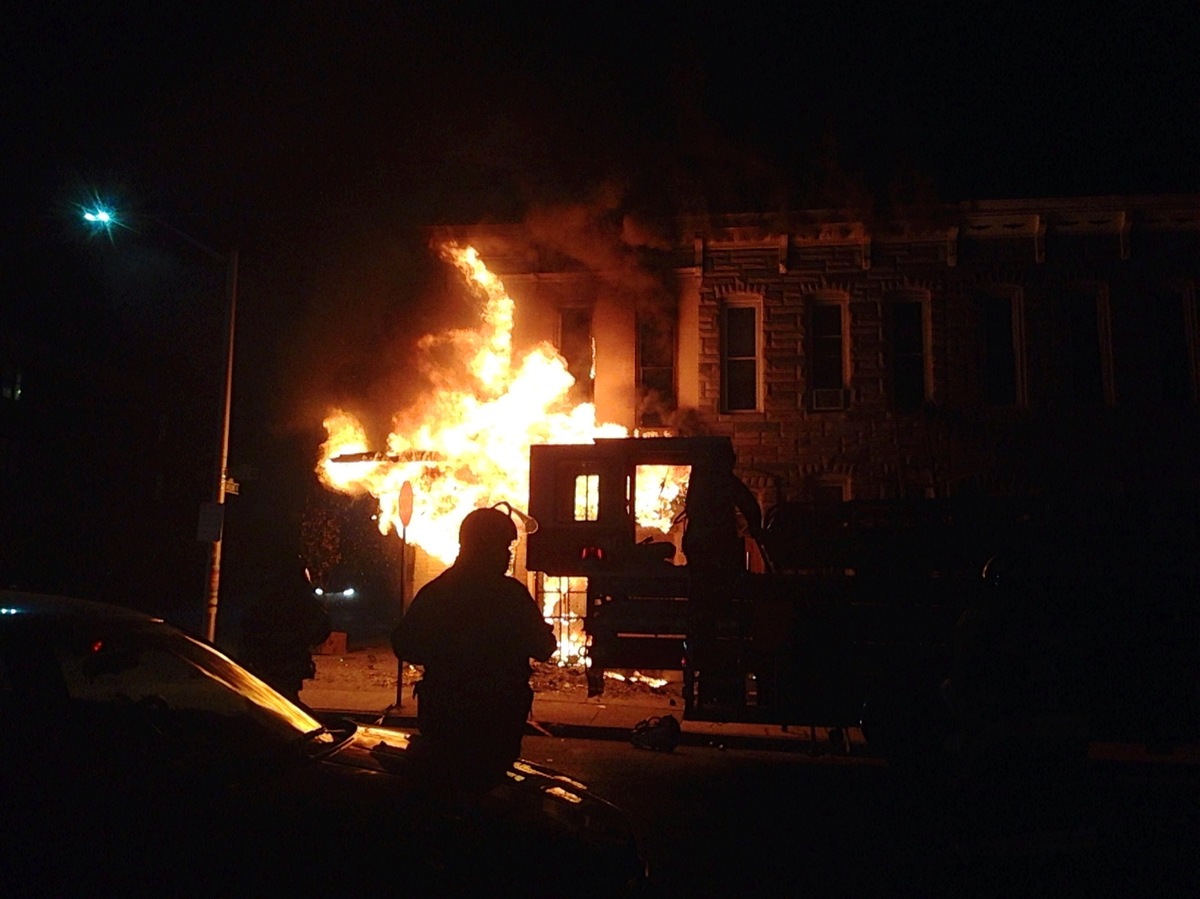 A police officer watches a corner market burn in the west side of Baltimore.

In the early morning, as the cold set in, Anaya Maze stood next to the charred remains of a CVS store.

Holding a sign, she was the only protester left in front of a line of police officers dressed in riot gear. She is petite. Still, she faced the police officers, looking at them intently.

A few steps away were the charred skeletons of two police vehicles, the victims of an unbridled anger that burned its way through the west side of Baltimore.

Maze said she understands the anger. For far too long, she said, police have been killing black men. She says Baltimore had this coming. All the violence, she says, might finally change things.

"I see no shame in being violent to be heard," she said. "Because if you can't do it peacefully then what other option do you have?"

Last night, after Maryland Gov. Larry Hogan had declared a state of emergency and ordered the National Guard into the city, rioters still roamed the streets; fires still burned and residents still stood on their stoops, on their sidewalks, trying to understand the anger that boiled over into riots.

Pierre Thomas, 37, was hanging out at the perimeter set up by police.

He said that yes, Baltimore has a history of inequality and yes the black community feels forgotten, but he didn't agree with setting properties on fire.

"Everybody is angry," he said. "But there is a right and a wrong way to do it. I understand why they're doing it but I don't support it. They're trashing their own place."

A few blocks down, Alex, who only wanted to be identified by his first name, was watching a small corner market burn down.

He pointed at the fire trucks that were trying to make their way through the street. He pointed at the police officers. He said those flames were the only way to get them to come into this part of Baltimore.

Nobody was calling for peace when Baltimore police officers were beating innocent black men, he said.

The police helicopter hovered above and every once in a while, we heard the pops of tear gas. The flames from the fire got hotter, lapping over the roof of a second row house.

A woman a few steps away was in tears. She was roused from sleep by the smoke. Her house is two doors down from the burning market. She didn't know if it would survive, if the flames would turn all her possessions into ashes.

"They shouldn't be doing this, man. We live around here," she wailed. "That was terrible."

Suddenly, as a flame shot into the sky, she covered her face and darted off before I could get her name.