Accessibility links
Workers' Comp: CA Bill Would Stop Insurers From Suspending Care : The Two-Way A ProPublica/NPR investigation into the case of a paralyzed worker prompted the state to warn insurance companies that they can't arbitrarily change treatment plans. 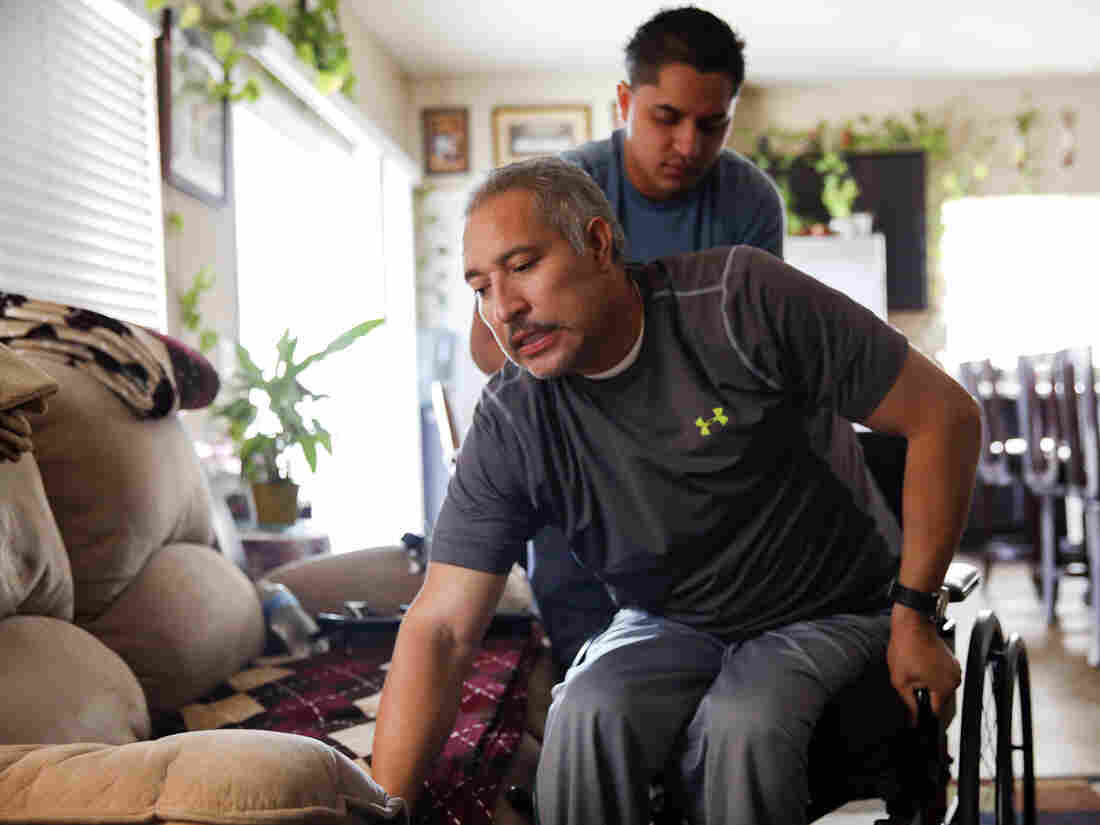 Joel Ramirez climbs back into his wheelchair with the help of Francisco Guardado, a home health aide, at his home in Rialto, Calif. Patrick T. Fallon for ProPublica hide caption 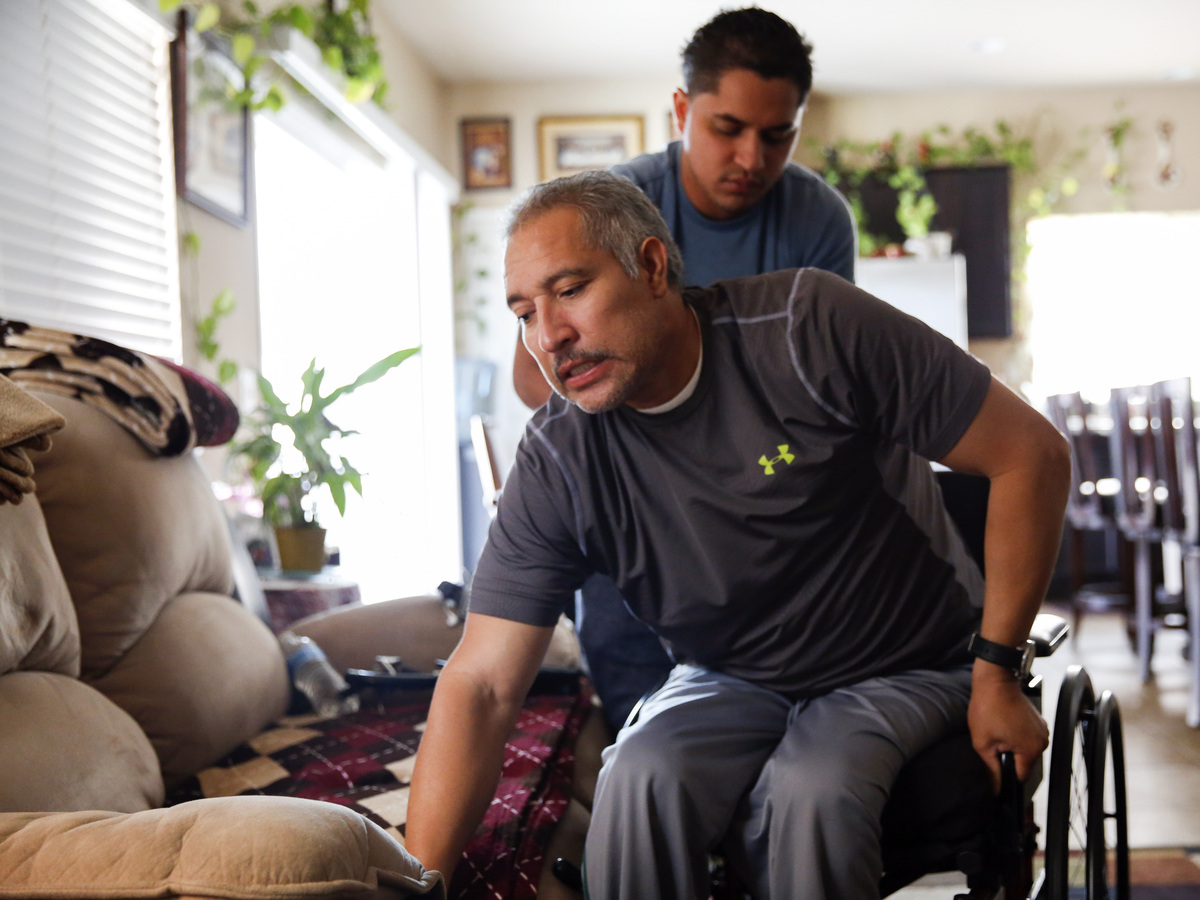 Joel Ramirez climbs back into his wheelchair with the help of Francisco Guardado, a home health aide, at his home in Rialto, Calif.

A California Senate committee has approved a bill that directly addresses a problem reported in the ProPublica/NPR investigation of state changes in workers' compensation benefits.

The CMA cited the ProPublica/NPR investigation in justifying the bill.

ProPublica/NPR detailed the case of paralyzed worker Joel Ramirez, who lost his home health care after Travelers Insurance reopened his treatment plan. The story prompted the state Department of Industrial Relations to launch an audit of Travelers and to issue a warning to insurance companies that the new workers' comp reforms cannot be used to deny approved home health care.

The new bill blocks changes in treatment plans unless there is a relevant and demonstrated change in the medical condition of the injured worker, or the care is determined to no longer be based on current medical evidence or treatment guidelines.

Insurance companies "cannot withdraw care until an independent medical review is completed and an alternative treatment is provided—unlike what happened to Ramirez," reports ProPublica's Michael Grabell, in this detailed story on the measure.

Two-thirds of the physicians responding to the survey said new review procedures made it more difficult to get approval for treatment. Close to half said the greatest problem and challenge in the new approval system is "inappropriate denials of medically necessary tests, procedures or services."

The Senate bill is opposed by business and insurance interests who worry about unnecessary and costly treatment.