Accessibility links
Ahead Of The Kentucky Derby, 5 Absurd Rules For Naming Racehorses : The Two-Way "Ocho Ocho Ocho" made it through the name-approval process, but "Preakness Princess" never would. 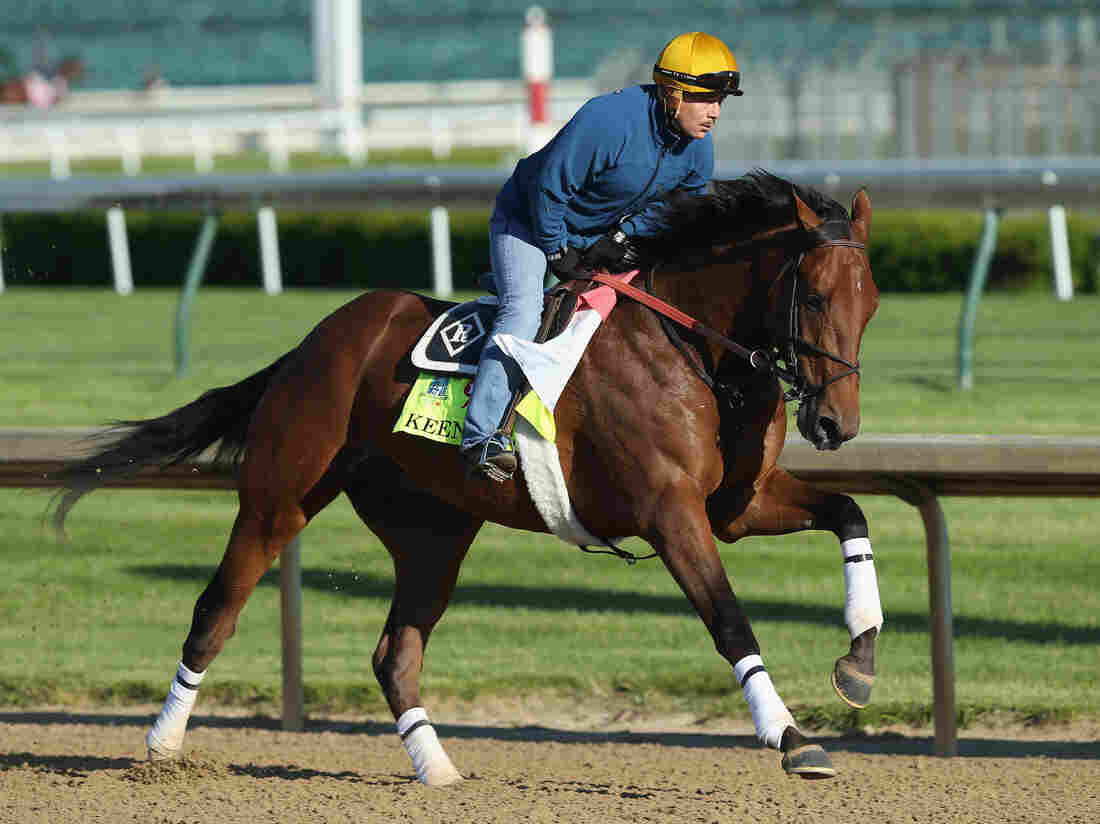 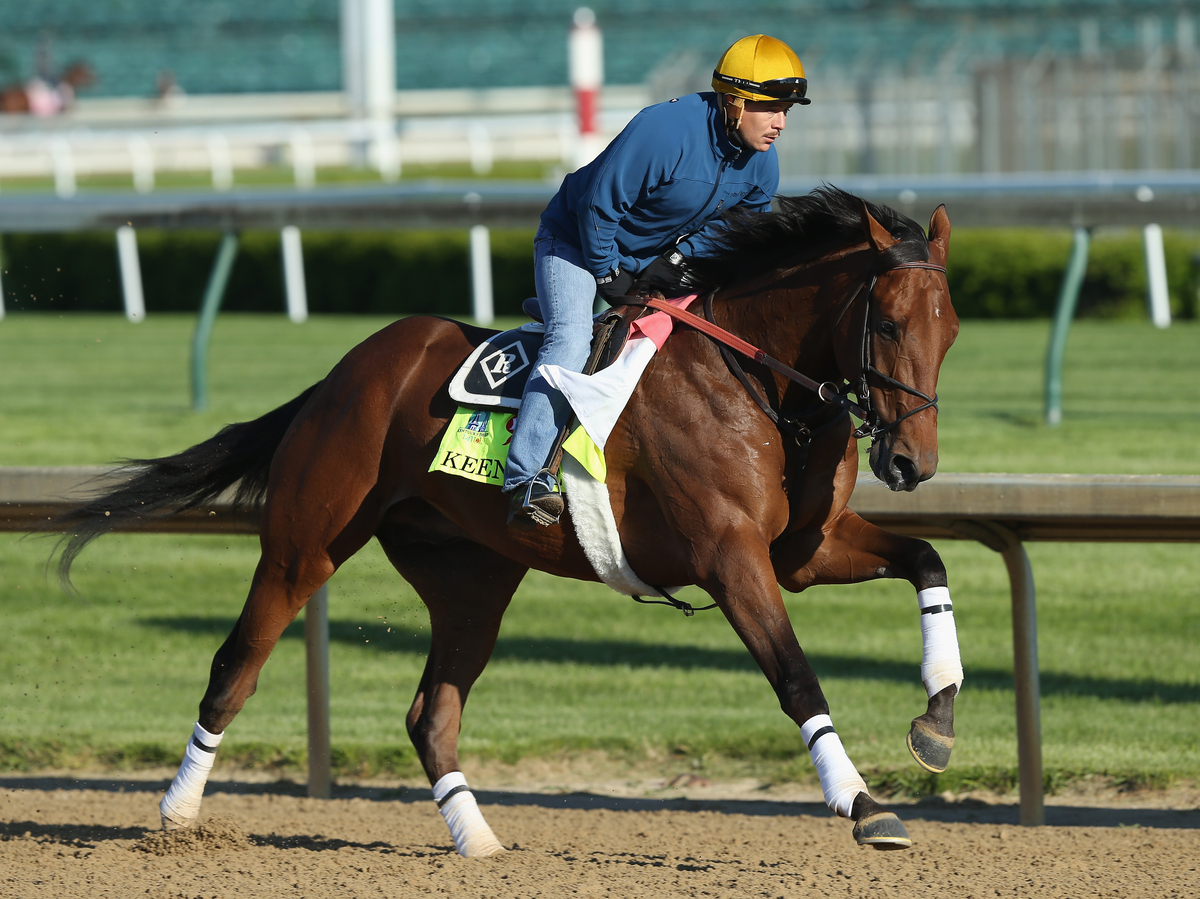 Keen Ice runs during morning training ahead of the Kentucky Derby at Churchill Downs in Louisville, Ky.

These are just a few of the oddly named thoroughbreds that will race Saturday at Churchill Downs in the 141st Kentucky Derby — the first leg of the Triple Crown series.

The names for these prize-winning racehorses might be whimsical, but the name-approval process is fairly dull and bureaucratic.

A racehorse owner must first submit the preferred name to The Jockey Club, the body that governs horse racing, says Claire Novak, online features editor for The Blood Horse magazine.

And The Jockey Club has its fair share of odd rules. For example, if you wanted to name your horse after a living person, you would have to get written permission from that individual and submit it to the organization.

Here are some of the best and weirdest rules in the name game:

Still, owners manage to get creative. Racehorses have been dubbed all manner of names, including 50 Shades of Hay, Effinex (say that one out loud), My Wife Knows Everything and The Wife Doesn't Know. Those last two ended up racing against each other in 2010.

The most important rule? You can't submit a racehorse name that already exists. So before you get too attached, make sure to enter your favorite name here to see if it's one of 450,000 names already taken.