Accessibility links
Timeline: What We Know About The Freddie Gray Arrest : The Two-Way Based on witness testimony and what police and the Baltimore state's attorney have said, multiple officers allegedly failed over and over to provide medical attention to Gray.

Over the past few weeks, the mystery of how Freddie Gray suffered a fatal injury to his spine began unraveling.

Gray died on April 19, 2015, a week after he was arrested by police. His death sparked daily protests in west Baltimore that boiled over into riots earlier this week.

The narrative that has emerged is a story of police officers who allegedly failed over and over to buckle Gray into a transport van so he wouldn't get hurt and who also failed time and again to provide medical attention to a man who was clearly suffering.

Police union attorney Michael Davey rejected those accusations saying Gray's injuries were not caused by either any action or inaction of any police officers.

Still, six of them now face criminal charges that include second-degree murder and involuntary manslaughter.

Based on video, witness testimony, and what police and the Baltimore state's attorney have said, here's an outline of what is thought to have happened that day: 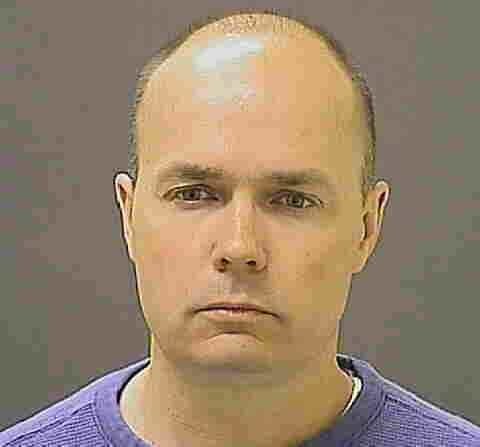 Brian W. Rice, one of six police officers charged with felonies ranging from assault to murder in the death of Freddie Gray. AP hide caption

-- On April 12, 2015 at about 8:45 a.m., 26-year-old Freddie Gray made eye contact with police officers in his west Baltimore neighborhood. According to a charging document filed by police, Gray "fled unprovoked upon noticing police presence."

-- After a brief foot chase, the charging document states, Gray was apprehended and police found a "knife clipped to the inside of his front right pants pocket." 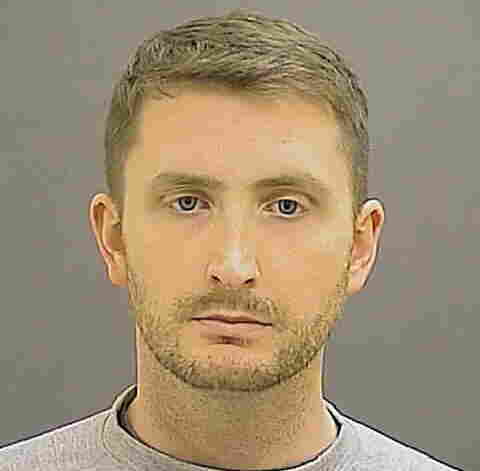 Edward M. Nero, one of six police officers charged with felonies ranging from assault to murder in the death of Freddie Gray. AP hide caption 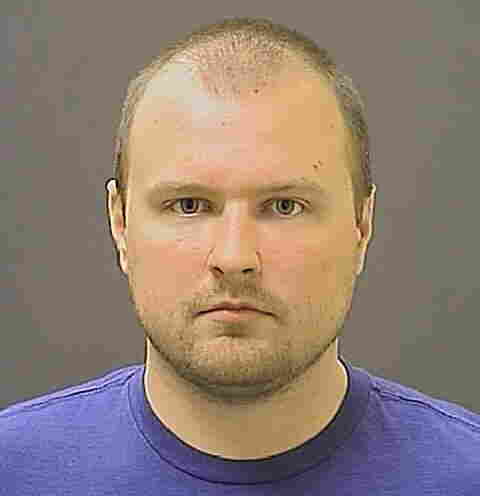 Garrett E. Miller, one of six police officers charged with felonies ranging from assault to murder in the death of Freddie Gray. AP hide caption

-- According to the police report, Gray was "arrested without force or incident."

-- But the prosecution paints a slightly different picture, saying that when Gray was placed on the ground, he began to flail his legs. Ofc. Miller placed Gray in a restraining technique known as a "leg lace."

-- The Baltimore Sun quotes 28-year-old Kevin Moore, a witness, saying Gray was "screaming for his life at this point." One officer, said Moore, has a knee on Gray's neck, another was bending his legs backward, a description consistent with the "leg lace" move.

"They had him folded up like he was a crab or a piece of origami," Moore said. "He was all bent up."

-- At some point during this confrontation, Gray tells police officers he has asthma and that he needs an inhaler. During a press conference on April 20th, police officials said this is the point the arresting officers should have called for medical help.

-- Video from that scene — showing Gray apparently screaming in pain — caused much controversy: 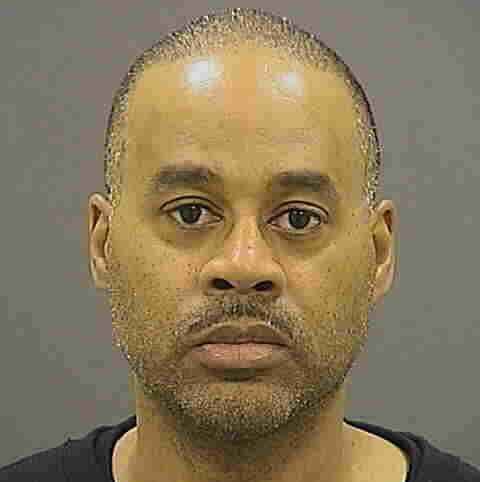 Caesar R. Goodson Jr., one of six police officers charged with felonies ranging from assault to murder in the death of Freddie Gray. AP hide caption

-- Gray is eventually put in the van and Lt. Rice asks Ofc. Caesar R. Goodson Jr. to make a stop a few blocks down at Baker Street. According to police, at this point officers described Gray as "acting irately."

According to the prosecutor, that's when officers put "flexi cuffs" around Gray's hands and they also put on leg shackles.

The Baltimore Sun spoke to Tobias Sellers, who said he heard shouts at that stop. The Sun Reports:

"Sellers, 59, ... said he was among those who started moving toward Gray, and saw police beating him. 'They were taking their black batons, whatever they are, and hitting him,' Sellers said."

Gray is then put back in the van, this time, according to prosecutors, on his stomach and head first onto the floor.

-- It's important to note that Baltimore Police Department policy is to buckle prisoners into the van's seat. According to prosecutors and police officials, Gray was never buckled in.

-- Police officials have never said when Gray suffered the spine injury that killed him. But prosecutor Mosby said the injuries happened in the van after Gray's transport from Baker Street.

According to Mosby, Gray's neck injury was the "result of being handcuffed, shackled by his feet and unrestrained inside of the [Baltimore Police Department] wagon."

-- What happens next is a long ride across the west side of Baltimore. There are multiple stops to check on Gray and every time, police officers do not call for medical help and never buckle Gray into the van. The Baltimore Sun has made this Google map of the ride:

-- At dot No. 4 on that map, prosecutor Mosby says Goodson stopped, checked on Gray but did not call for help or buckle Gray in.

--- At dot No. 5 on that map, Goodson stopped again. Here's how Mosby described that stop: 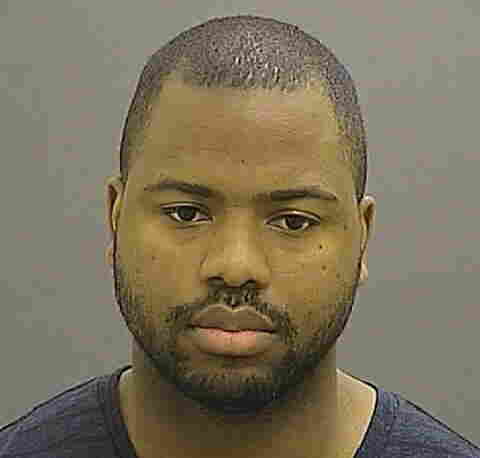 William G. Porter, one of six police officers charged with felonies ranging from assault to murder in the death of Freddie Gray. AP hide caption

"Several blocks later, Officer Goodson called into dispatch that he needed to check on the status of his prisoner and requested additional units at Dolphin Street and Druid Hill Avenue. Officer William Porter arrived on the scene at Dolphin Street and Druid Hill Avenue. Both Officer Goodson and Porter proceeded to the back of the wagon to check on the status of Mr. Gray's condition. Mr. Gray at that time requested help and indicated that he could not breathe. Officer Porter asked Mr. Gray if he needed a medic at which time Mr. Gray indicated at least twice that he was in need of a medic. Officer Porter then physically assisted Mr. Gray from the floor of the van to the bench however despite Mr. Gray's appeal for a medic, both officers assessed Mr. Gray's condition and at no point did either of them restrain Mr. Gray per BPD general order nor did they render or request medical assistance."

-- According to prosecutor Mosby, while the officers talked, there was a call for assistance for another arrest close to where Gray was arrested in the first place. Ofc. Goodson decided to respond to that call instead of getting medical help for Gray. 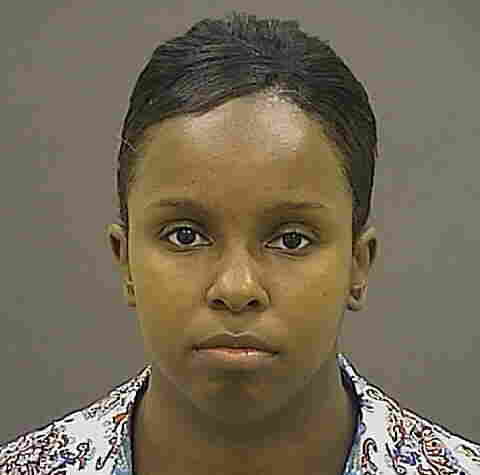 Alicia D. White, one of six police officers charged with felonies ranging from assault to murder in the death of Freddie Gray. AP hide caption

-- We're now at dot No. 6 on the map, where according to prosecutor Mosby, Sgt. Alicia White, who was later tasked with investigating complaints about the Gray arrest, looked into the van.

She sees that Gray is on the floor of the van and she tries to talk to him, but "she did nothing further despite the fact that she was advised that he needed a medic. She made no effort to look or assess or determine his condition."

-- Without restraining him or calling an ambulance for what prosecutors say was at least their fifth opportunity, the van kept moving toward the police station.

-- Donta Allen, the 22-year-old who was arrested at the stop, gave an interview to WBAL-TV in which he said he heard very little during the ride.

-- This is a different version of events from what The Washington Post reported. According to the Post, a police document said Allen had told investigators that Allen heard Gray "banging against the walls" of the van and that Gray "was intentionally trying to injure himself."

-- In an interview with CNN, Allen said he did not believe that Gray had hurt himself.

-- Sometime before 9:24 a.m., about an hour after Gray's arrest, police make it to the Western District Police Station.

In an interview with WBAL-TV, Allen said he heard police officers say Gray did not have a pulse.

Here's how prosecutor Mosby describes what happened then:

"By the time Officer Zachary Novak and Sgt. White attempted to remove Mr. Gray from the wagon, Mr. Gray was no longer breathing at all. A medic was finally called to the scene where upon arrival, the medic determined Mr. Gray was now in cardiac arrest and was critically and severely injured."

-- In the complaint, written by Ofc. Miller, he simply writes that Gray "suffered a medical emergency" during transport.

-- Gray was taken to the University of Maryland Shock Trauma, where he had surgery. He died on April 19. The coroner ruled his death a homicide.