Accessibility links
Space Shot: Italian Astronaut 'Boldly' Brews Espresso On Space Station : The Two-Way Italian Sam Cristoforetti tweeted Sunday an image of her sipping espresso from a zero-gravity cup. No word yet on whether the coffee was any good. 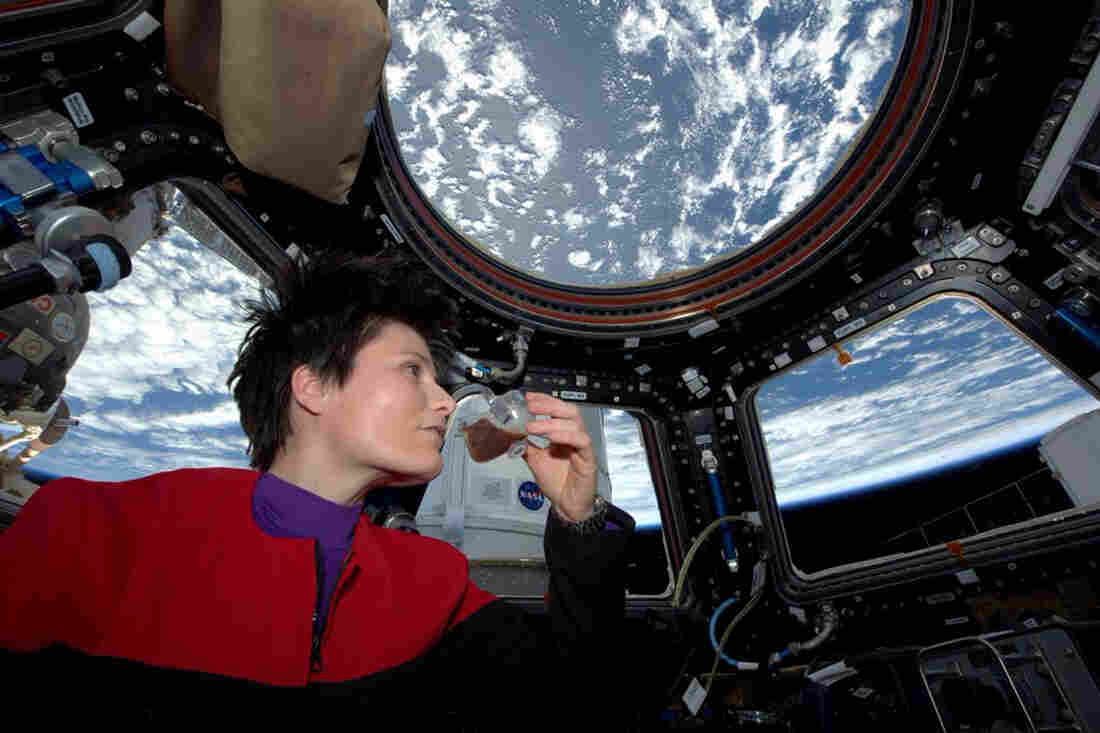 In this photo posted on Twitter on Sunday, and provided by NASA, Italian astronaut Samantha Cristoforetti sips espresso from a cup designed for use in zero gravity, on the International Space Station. AP hide caption 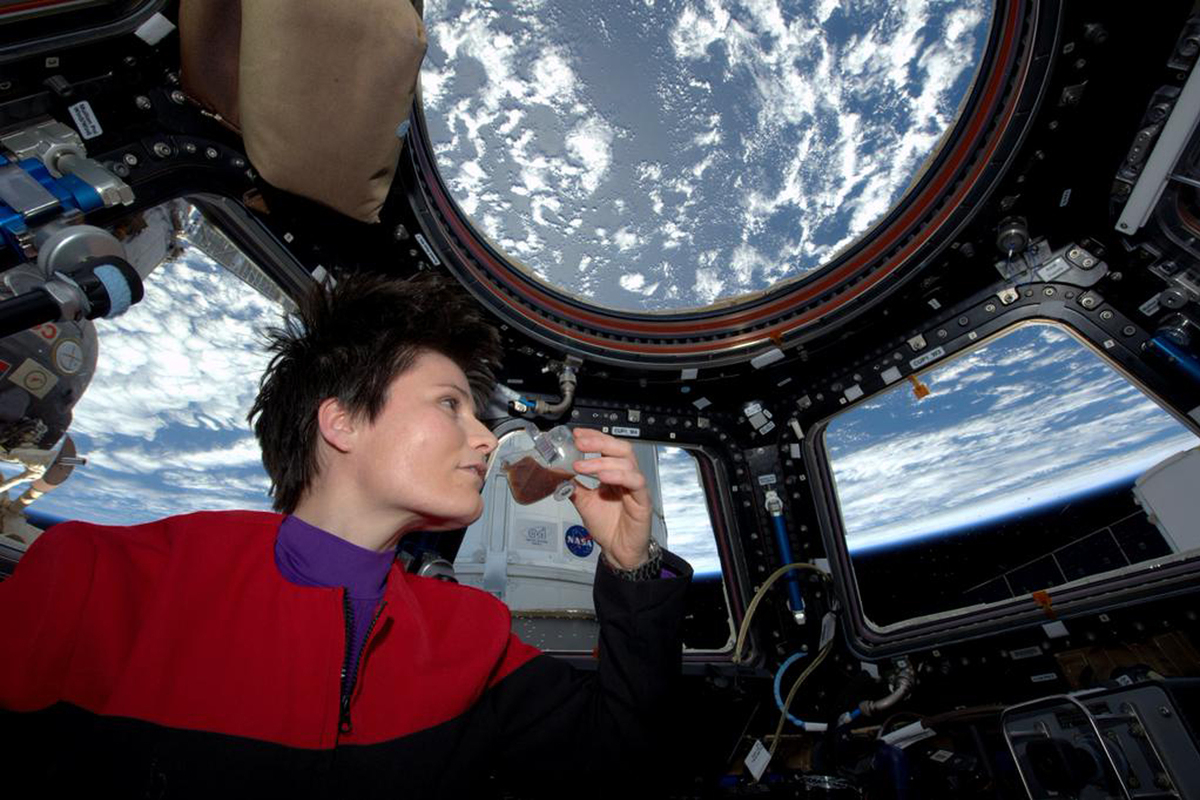 In this photo posted on Twitter on Sunday, and provided by NASA, Italian astronaut Samantha Cristoforetti sips espresso from a cup designed for use in zero gravity, on the International Space Station.

Until recently astronauts would rely on NASA's coffee-in-a-pouch for their daily dose of caffeine. But as NPR's Bill Chappell reported last month, astronauts had reason to cheer when the SpaceX Dragon cargo capsule lined up with the International Space Station bringing, among other things, a long-awaited espresso machine called ISSpresso.

We now have confirmation that the ISSpresso is being put to good use.

In case you're wondering, that cup Italian astronaut Sam Cristoforetti is drinking from is designed for use in zero-gravity (and, yes, she is wearing a Star Trek uniform top to go with her reference to the show). NASA pointed out last week in a blog post that six such cups are aboard the ISS — and their job, as the agency puts it, is "more than [to] lift espresso to astronauts' lips."

"It will also provide data on the passive movement of complex fluids as part of the Capillary Beverage investigation. The results will confirm and direct math models that help engineers exploit capillary fluid physics (capillary fluidics) to control how liquids move by designing containers specific to the task at hand. Whether getting the last drop of fuel for a rocket engine or delivering the perfect dose of medication to a patient, there are real Earth benefits behind the brew."

The espresso machine, as Bill noted, was the result of collaboration between Italian aerospace engineers and the Lavazza coffee company.

No word yet on whether the coffee was any good. Presumably, Cristoforetti, who returns to Earth next week, will let us know.