Accessibility links
California Regulators Adopt Unprecedented Water Restrictions : The Two-Way Californians face a mandated 25 percent reduction in water use, after they failed to meet previous goals. The new restrictions will take effect in the summer months. 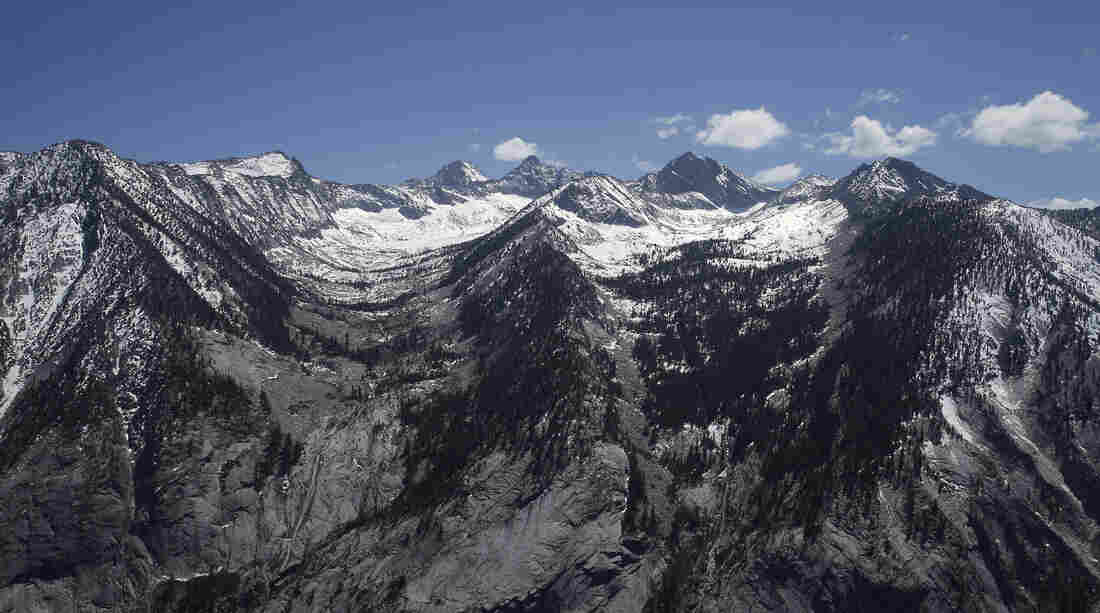 Mountain tops in Sierra Nevada, normally covered in snow this time of year, are seen nearly barren, near the Sequoia National Park during an aerial survey of the snowpack done by the California Department of Water Resources. Rich Pedroncelli/AP hide caption 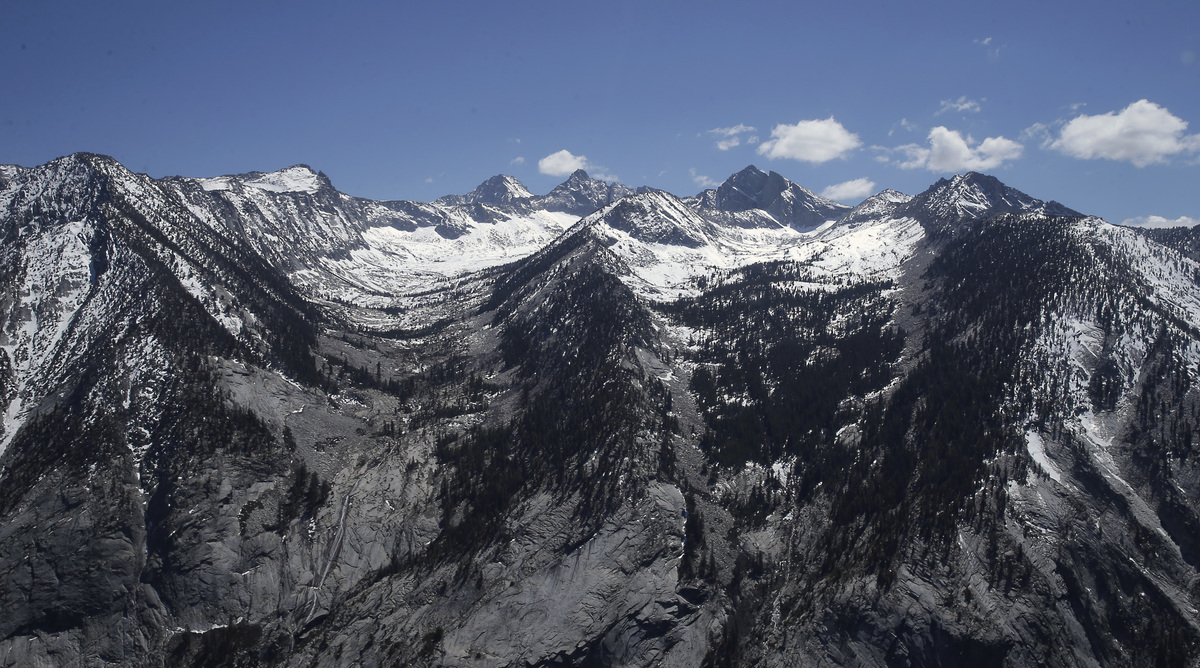 Mountain tops in Sierra Nevada, normally covered in snow this time of year, are seen nearly barren, near the Sequoia National Park during an aerial survey of the snowpack done by the California Department of Water Resources.

"The State Water Resources Control Board approved rules that force cities to limit watering on public property, encourage homeowners to let their lawns die and impose mandatory water-savings targets for the hundreds of local agencies and cities that supply water to California customers.

"Gov. Jerry Brown sought the more stringent regulations, arguing that voluntary conservation efforts have so far not yielded the water savings needed amid a four-year drought. He ordered water agencies to cut urban water use by 25 percent from levels in 2013, the year before he declared a drought emergency.

"'It is better to prepare now than face much more painful cuts should it not rain in the fall,' board Chairwoman Felicia Marcus said Tuesday as the panel voted 5-0 to approve the new rules."

The Los Angeles Times reports that California has only used 8.6 percent less water than they did last summer, falling far short of the kind of savings Brown wanted to see.

The paper reports that some believe that has to do with the fact that water suppliers issued only 682 penalties on more than 10,000 complaints. The paper adds:

"Despite the meager savings, some outside experts said it was still possible for the state to achieve the governor's goal in the coming months. Brown is seeking hefty fines for water wasters, and some local water agencies have been crafting tougher conservation plans in recent weeks.

"'Now we have absolute numbers. We know where we stand and where we have to go. This is the starting gun,' said Conner Everts, facilitator of the Environmental Water Caucus, an organization that promotes sustainable water management. 'Right now we're scared. Right now we're in the denial stage. We have to get into acceptance, and we have a relatively short period of time to do it.'"

USA Today reports the mandatory restrictions show the predicament California finds itself in.

"The snowpack in the Sierra Nevada has shrunk to a record low," the paper reports. "Groundwater levels have plummeted across much of California, and in some areas of the Central Valley, the wells of hundreds of families have run dry."