Accessibility links
Media Coverage Of Close U.K. Elections Finds Much To Mock : The Two-Way The country votes in what could be the closest elections in decades. Some of the political coverage is decidedly more colorful than in the U.S.

Media Coverage Of Close U.K. Elections Finds Much To Mock

Media Coverage Of Close U.K. Elections Finds Much To Mock 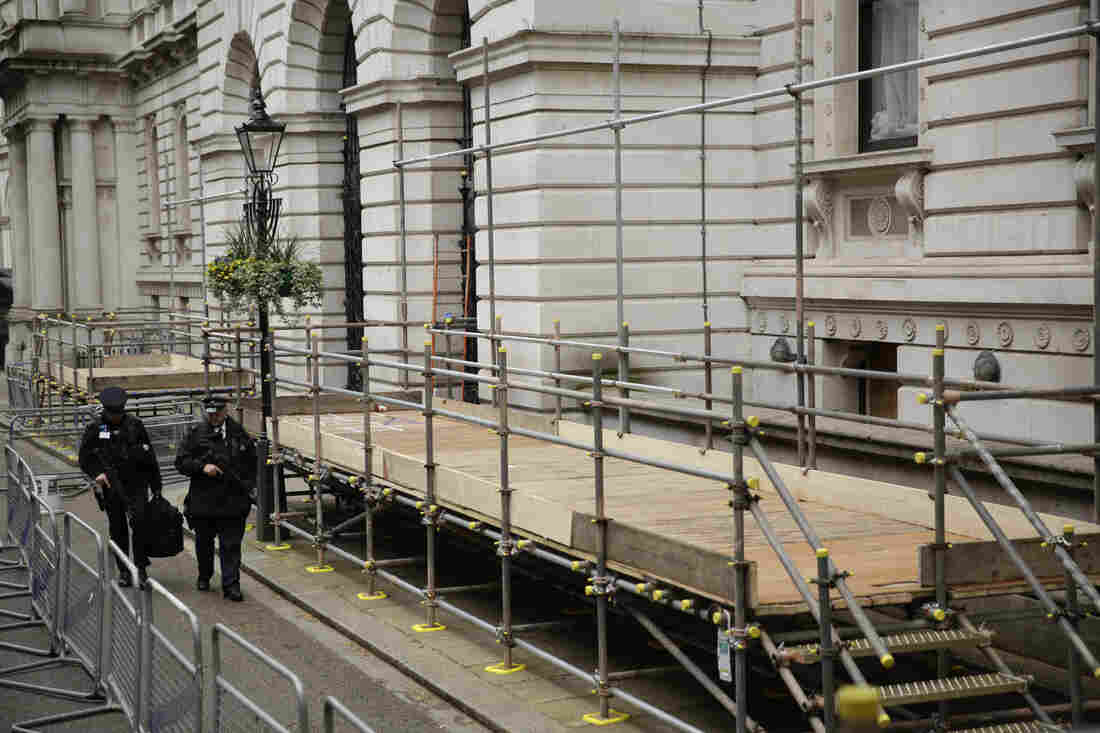 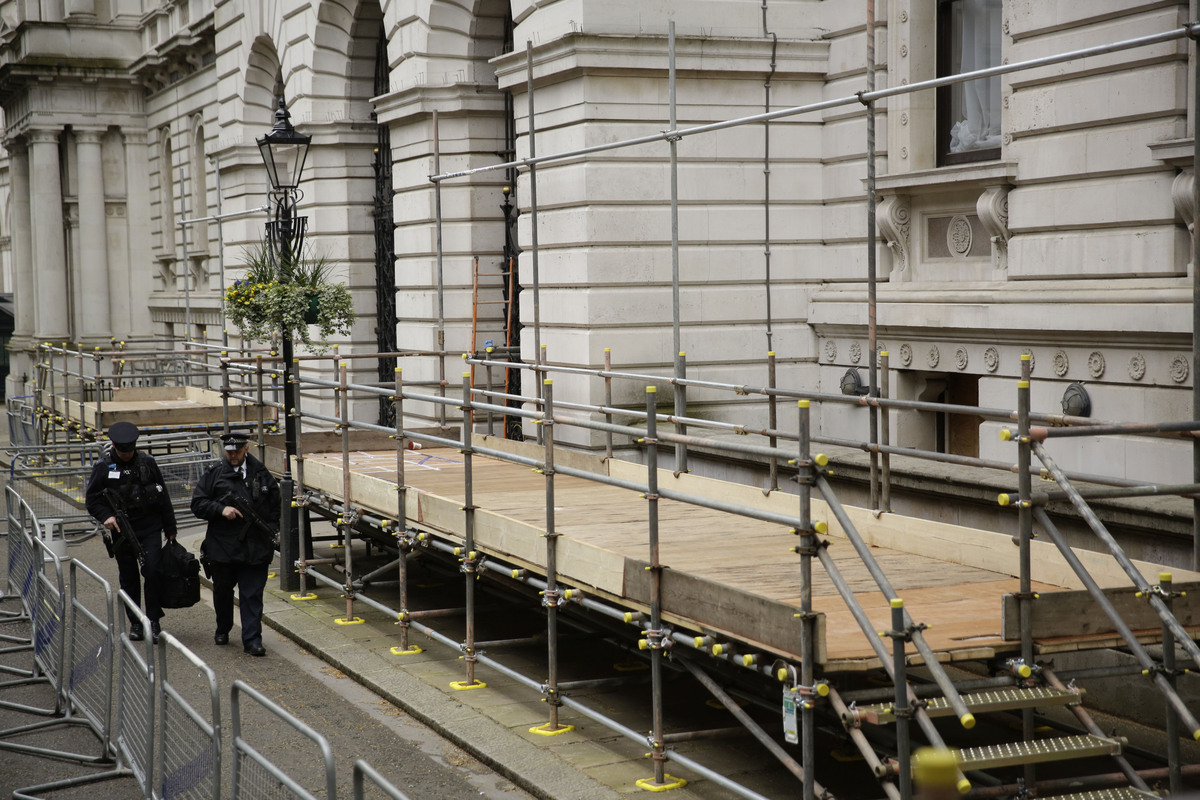 British police officers walk past newly erected media stands for the general election in Downing Street, London, on Tuesday. Britain goes to the polls on Thursday.

Britain votes Thursday in what could be one of the country's closest elections in decades.

Here's the rundown: The latest polls show the ruling Conservatives and the opposition Labour Party neck and neck. Voters will pick representatives to the country's 650-seat Parliament. The first party that gets a majority – in this case 326 seats – wins. But neither the Conservatives nor Labour is expected to reach that mark on its own. That's where smaller parties come in.

The Liberal-Democrats, who played kingmakers in the last election by joining a coalition government with the Conservatives, have lost support. The Scottish National Party (SNP), on the other hand, is expected to make significant gains and could play an important role in determining who governs Britain next. Smaller parties, including the UK Independence Party (UKIP) and the Greens, could make gains as well.

Some of the political coverage ahead of the elections is decidedly more colorful than in the U.S.

The general mood ahead of the election is described by the cover of Private Eye, a current affairs magazine:

Cameron was also skewered for misstating the football (soccer) team he supported. He blamed a "brain fade."

Ed Miliband had the misfortune of being photographed eating a sandwich — an image media mogul Rupert Murdoch's Sun used to urge its readers not to vote for the Labour leader.

Save our bacon: Keep Ed and his porkies OUT http://t.co/PFHOKe4eOi pic.twitter.com/8I2it1m20n

If polls are to be believed, Nicola Sturgeon, head of the SNP, is likely to the happiest when results are announced. Her party could win as many as 45 seats in the U.K. Parliament — up from six. Even the Scottish edition of Rupert Murdoch's Sun has publicly backed her — though her politics lie to the left of Miliband's.

Nigel Farage's UKIP wants to restrict immigration to Britain and wants the U.K. out of the European Union. It's his immigration stance that's received much attention — and some criticism.

NPR's Ari Shapiro will be reporting on the voting on Thursday's Morning Edition. We'll leave you with some of NPR's other coverage of the U.K. election: