Accessibility links
3 Arrested In California For Operating 3,000-Year-Old Masonic Police Department : The Two-Way One of those held is a low-level aide to California's attorney general. The website for the Masonic Fraternal Police Department calls it "the oldest and most respected organization in the 'World.' " 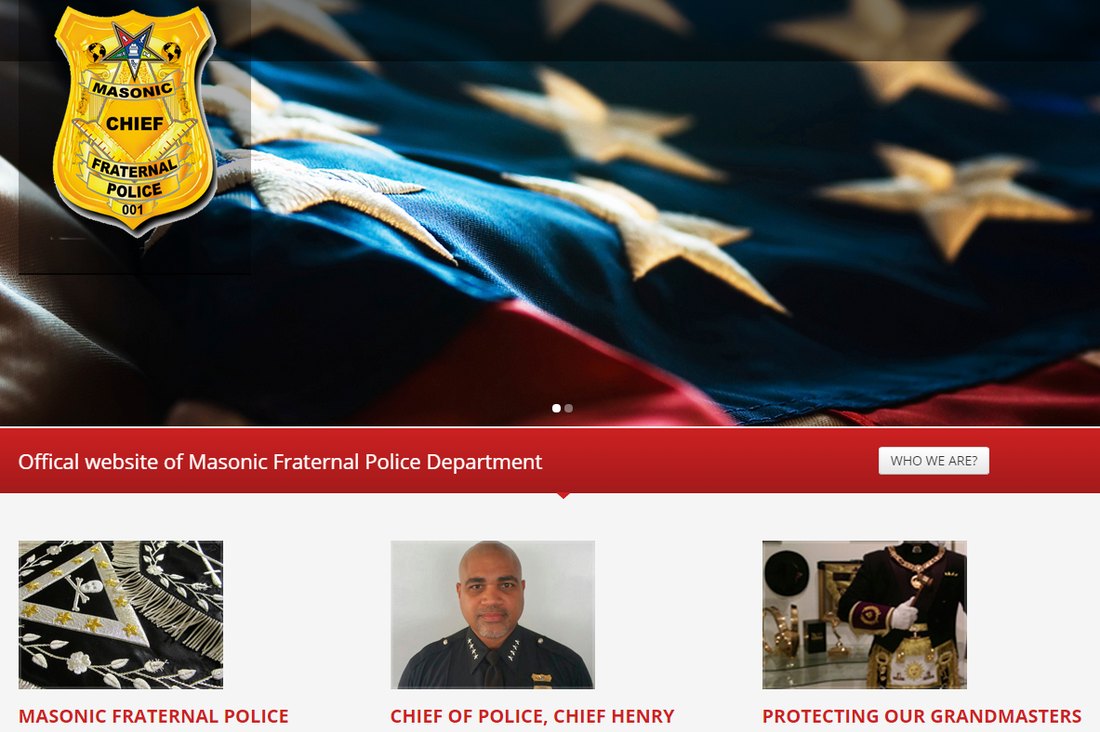 A screen grab from the group's website. NPR hide caption It was a plot to rival Foucault's Pendulum: Police in Los Angeles arrested three people in connection with operating a fictitious police department they said was 3,000 years old and had jurisdiction over 33 states and Mexico.

"The Masonic Fraternal Organization is the oldest and most respected organization in the 'World.' Grand Masters around the various states are facing serious safety concerns for their Jurisdictions and their family members. The first Police Department was created by the 'Knights Templar's' back in 1100 B.C. ...

"When asked what is the difference between The Masonic Fraternal Police Department and other Police Departments the answer is simple for us. We were here first! We are born into this Organization our bloodlines go deeper then an application. This is more then a job it is an obligation."

The website lists Henry as its chief of police. The AP reports that Kiel is on administrative leave from his job as deputy director of community affairs at the California Department of Justice. The Los Angeles Times reports that he's a low-level aide to California Attorney General Kamala Harris.

The three were arrested April 30 and released later that day.

A police spokeswoman told the AP that deputies found ID cards, uniforms and vehicles "that appeared to look like law enforcement vehicles along with other official police equipment during their search of a home and office linked to the group."

Sheriff's officials told the news agency they launched an investigation after several police chiefs in Southern California received letters in January announcing the group's creation. They said a man who claimed to be Kiel described himself as chief deputy director of the police force and tried to schedule meetings with the law enforcement agencies.

The Los Angeles Times reports: "Sheriff's Capt. Roosevelt Johnson, who heads the ... Santa Clarita Valley station, met with members of the group and became wary after they could not provide rudimentary information about the group's aims, the officials said."

"Brandon Kiel gave me a business card from the Department of Justice, showing he worked out of Kamala Harris' office," Johnson told the AP. "That really raised red flags for me."