Accessibility links
White House To Add More Steel Spikes To Keep Intruders Out : The Two-Way Last year, a man with a knife cleared the barricade and made it inside the White House. The Secret Service hopes more spikes will deter future fence jumpers. 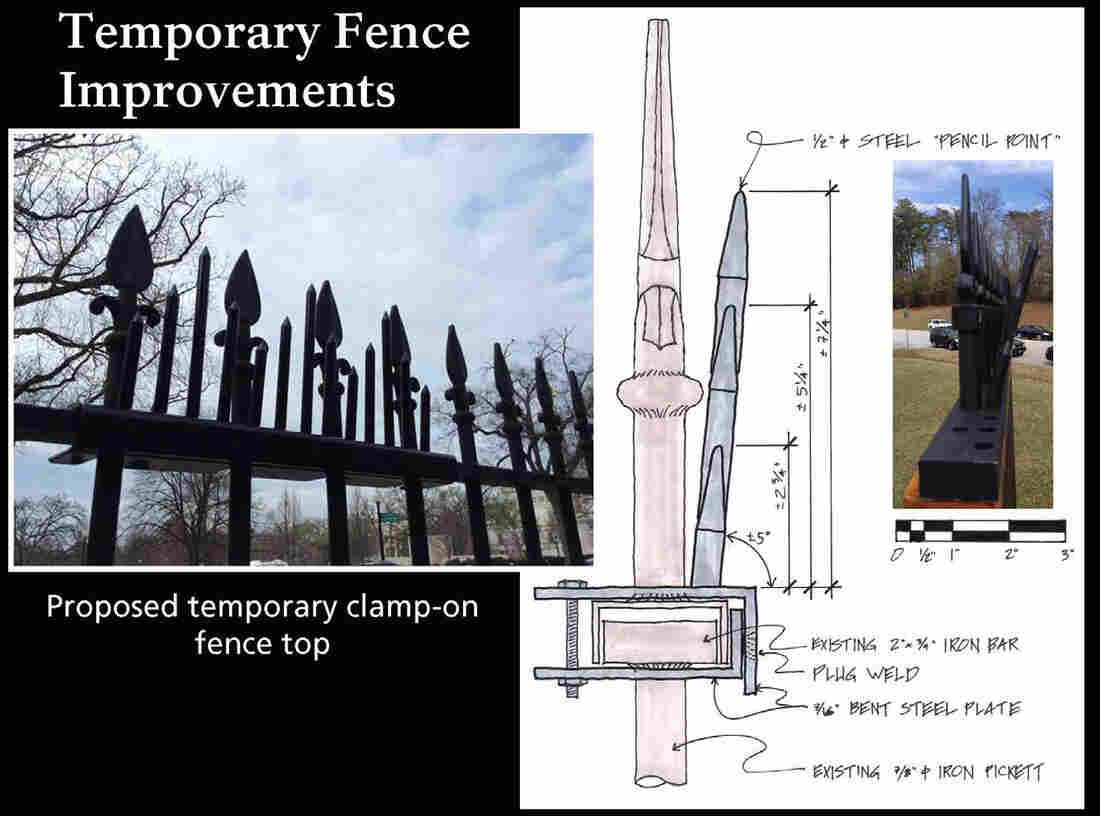 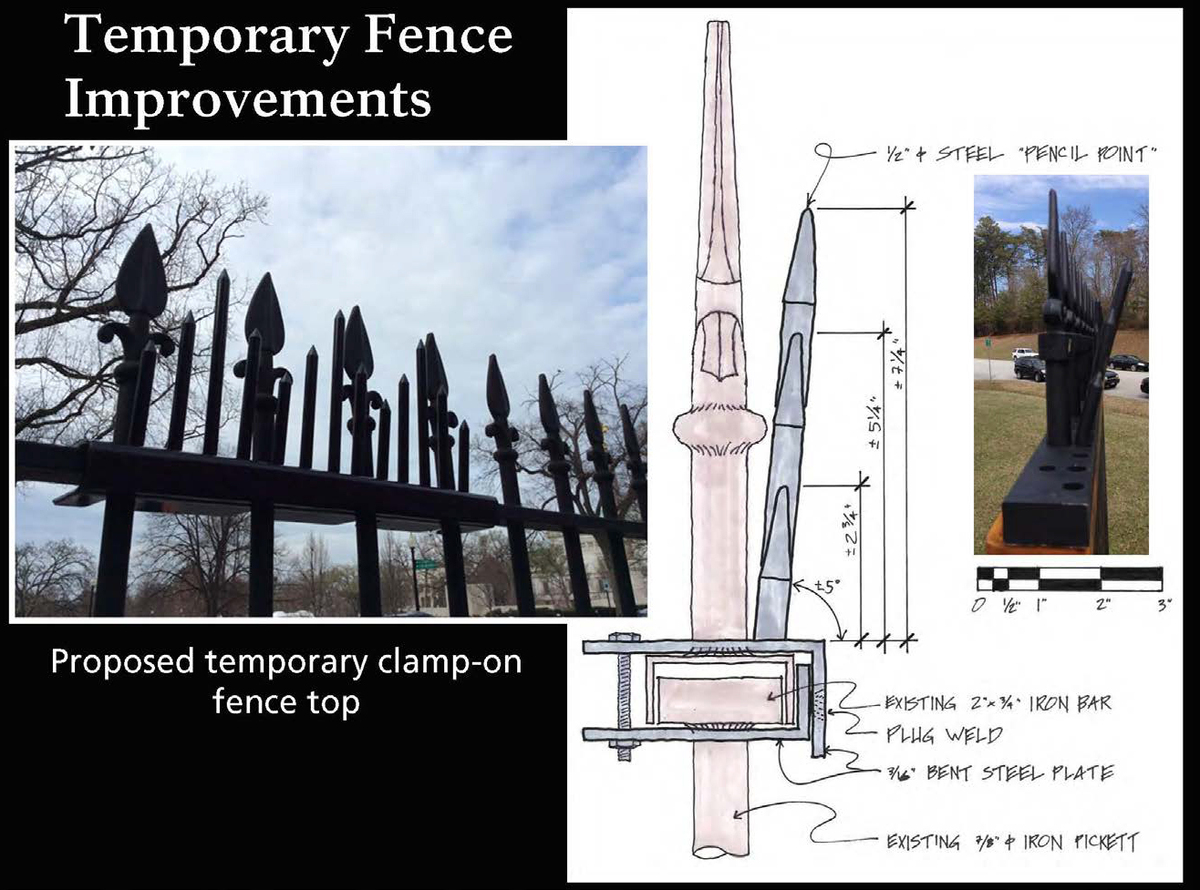 An image from a report by the National Capital Planning Commission of the planned temporary improvements to the White House perimeter fence.

The U.S. Secret Service, hoping to make it more difficult to jump over the White House fence, plans to install an additional strip of metal spikes atop the current fence this summer.

After an Iraq war veteran scaled the fence and entered the White House last fall, the Secret Service began studying how to make the executive mansion more secure, without making it look like a fortress. It's solution: "anti-climb feature consisting of sharp metal points."

In a joint statement released Thursday, the Secret Service and the National Park Service call the addition "a temporary design solution ... meant to improve security, while minimizing visual impacts and respecting the significance of the White House."

Meanwhile, visitors to the White House may notice other security-related construction as soon as Friday. The Secret Service and National Park Service plan to begin work on several vehicle checkpoints at the White House complex, installing new officer booths, and replacing concrete barriers with "mobile steel plate barriers which can be raised and lowered." That work is expected to be finished in early July.

Security around the White House complex has been ramped up since the Oklahoma City bombing 20 years ago and especially after 9-11. Many of the vehicle entrances to the complex are blocked by a hodgepodge of concrete traffic barriers and over-sized planters.

The agencies say the new, temporary measures will "provide enhanced protection for the White House, while improving the aesthetics at checkpoints."