Would More Trade Help The Job Market Run Faster Or Trip It Up?

Would More Trade Help The Job Market Run Faster Or Trip It Up? 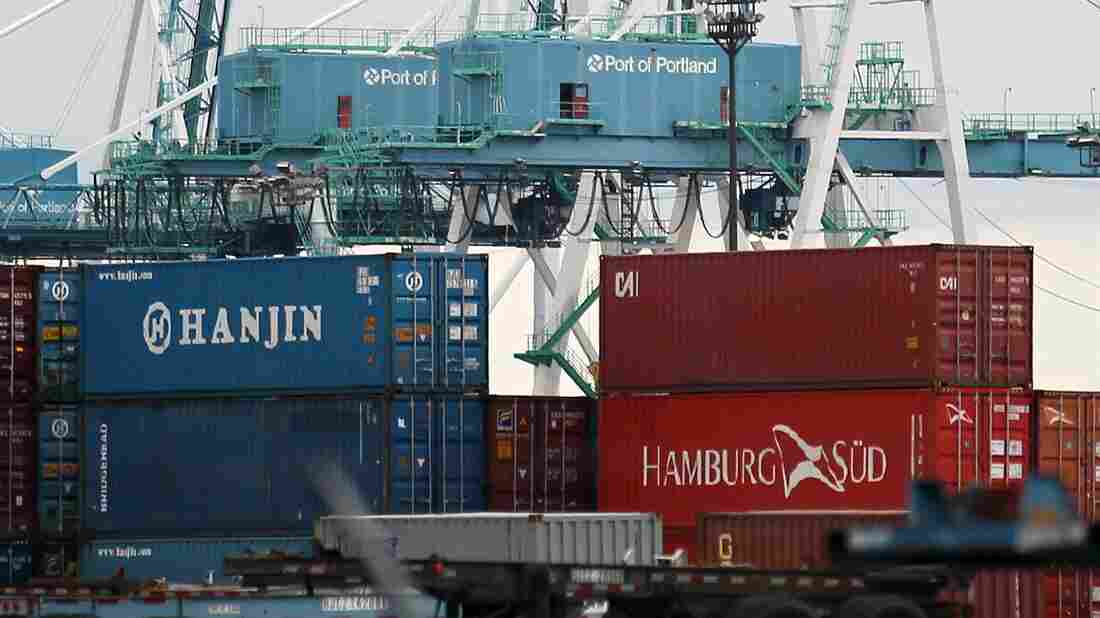 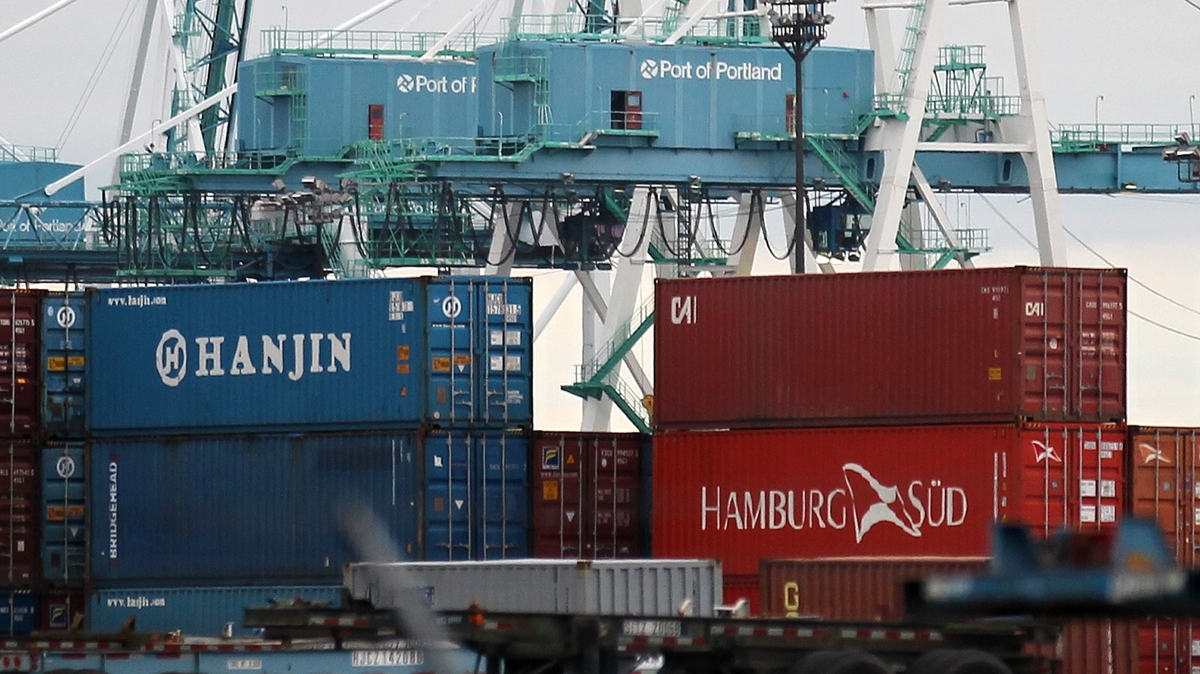 Workers unload cargo at the Port of Portland's Terminal 6 in Portland, Ore.

The Labor Department's latest report shows employers created 223,000 jobs in April and the unemployment rate went down another notch to 5.4 percent.

But study the wage figures in Friday's report — and your "yay" turns to "meh."

Workers got raises of just 0.1 percent in April. Over the past year, wages advanced only 2.2 percent, a pace that amounts to treading water for most families. The average workweek has stalled at 34.5 hours, unchanged from the previous month — and from a year ago.

So workers aren't getting longer hours or fatter raises, even though the private sector has added 12.3 million jobs over 62 straight months, the longest streak on record.

Both President Obama and labor leaders want to end this long period of wage stagnation. But they are locked in a bitter dispute over whether a proposed trade deal would help or hurt workers' wallets.

On Friday, just hours after the jobs data were released, Obama visited the Nike headquarters in Beaverton, Ore., to talk up the advantages of completing the Trans-Pacific Partnership, or TPP.

Obama Laces Up To Tout Asian Trade Deal At Nike

He says that if Congress were to expand trade among the U.S. and 11 Pacific Rim nations, it would help the sportswear giant create more high-paying jobs for Americans. "Let's just do it," Obama told the Nike gathering.

Nike says that under the TPP's terms, Americans would pay much less in tariffs on footwear. As a result of those savings, the company would be able to move forward with plans to develop advanced manufacturing facilities in the United States, which in turn would create 10,000 good jobs.

In a phone interview Friday, Jason Furman, chairman of the White House Council of Economic Advisers, said that's exactly what the president wants to see — more high-paying jobs resulting from the opening of new markets and lowering of tariffs.

Many labor and environmental leaders aren't buying those arguments. They say Nike has long been a leader in outsourcing factory jobs and lacks credibility on employment issues.

"The Nike brand was built by outsourcing manufacturing to sweatshops in Asia," said Murshed Zaheed, deputy political director at CREDO, a group opposed to TPP. "President Obama should listen to his party's base, and stop pushing this titanic job-killing corporate power grab."

While Obama and many Democrats may disagree over the impact of this trade deal, there is little argument that the labor market could still use some help. Economists generally described April's employment growth as "solid" but also noted that March's original count of 126,000 net new jobs added was revised downward to just 85,000.

Doug Handler, the chief U.S. economist for IHS Global Insight, said the latest report shows "an economy that is now growing at moderate rate [but] not as good as in mid-2014."

The Obama administration wants to strap a booster rocket onto the labor market. It cannot count on getting more economic stimulus from the Republican-controlled Congress, and it's impossible to get more monetary stimulus from the Federal Reserve, which already has cut interest rates to extreme lows — and is considering when to raise them.

So that leaves exports as the best tool available to create more jobs, the argument goes.

"If you're opposed to these smart, progressive trade deals, then that means you must be satisfied with the status quo," Obama said at the Nike event. "And the status quo hasn't been working for our workers."

He said the TPP could make the labor market much better and that if it couldn't, "I would not be fighting for it."

Lori Wallach, director of Public Citizen's Global Trade Watch, was not buying his pitch, or Nike's: "Under this unrealistic best-case scenario of an additional 10,000 U.S. manufacturing jobs, less than 2 percent of the more than 1 million workers who make Nike's products would be U.S. workers."