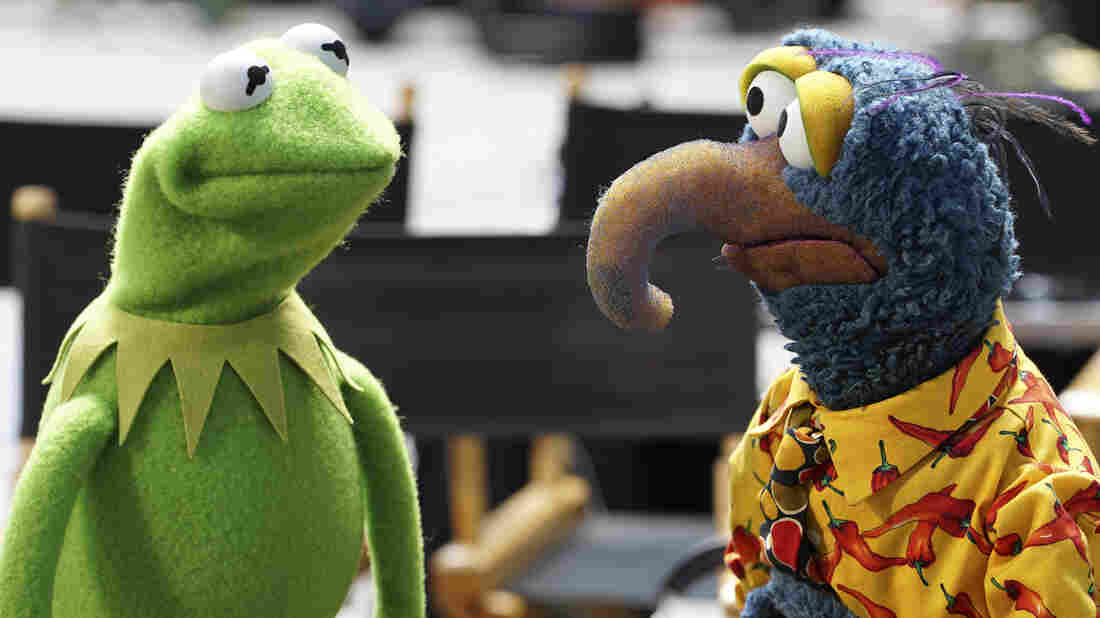 Kermit the Frog speaks to Gonzo the Great in a scene from ABC's The Muppets. Eric McCandless/ABC hide caption 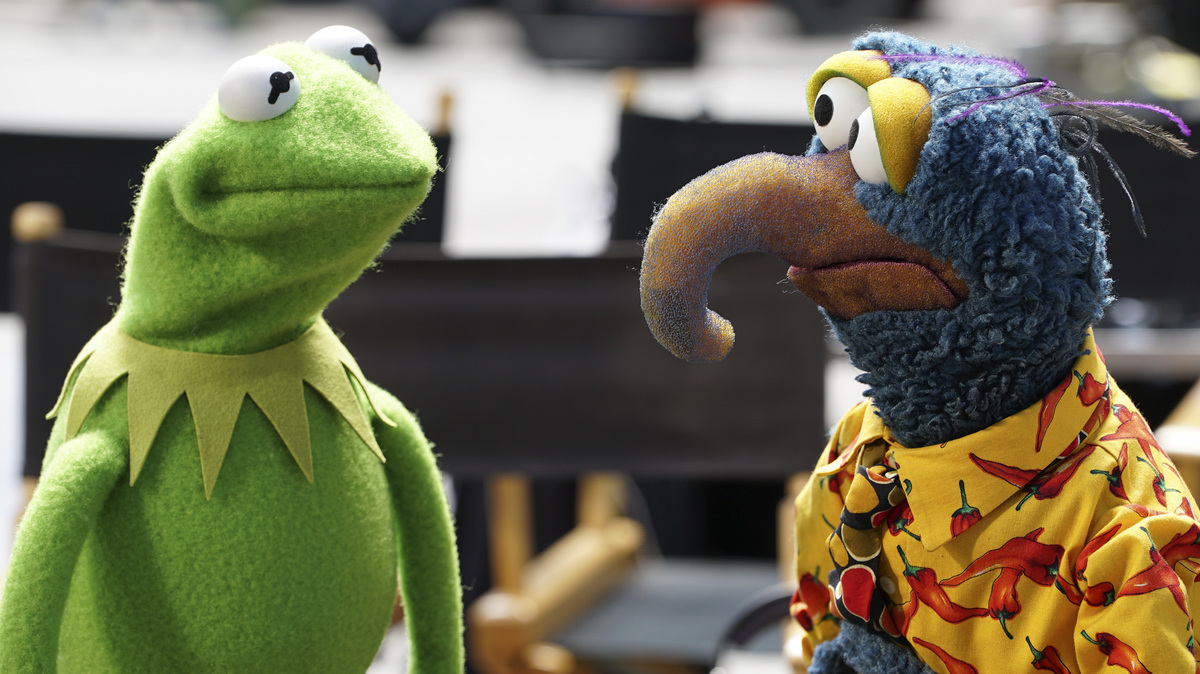 Kermit the Frog speaks to Gonzo the Great in a scene from ABC's The Muppets.

The long wait for Muppets fans is over: ABC is bringing back the beloved puppets in a prime-time TV series this fall for the first time in nearly 20 years.

News of the new show, called The Muppets, dropped this week as TV networks begin calling producers, stars and studio executives in advance of next week's "upfronts" — the annual ritual where broadcasters roll out their fall schedules for advertisers to score advance sales.

Staged as glitzy events in such Manhattan venues as Radio City Music Hall and Carnegie Hall, the upfront presentations require stars and producers from shows airing next season to show up in New York and glad-hand advertisers.

That means some people get calls telling them to pack their bags for New York, and others learn their schedules will be a little freer in the weeks to come.

The Muppets, which features the Disney-owned puppets from The Muppet Show and Muppets Tonight TV series, along with the movie franchises, was considered a shoo-in for pickup at Disney-owned ABC. The series will be filmed like a "mockumentary" — similar to The Office or Modern Family — showcasing the puppets' personal and romantic lives in a little more adult setting.

But not all the upfront news has been well-received. Fans of Fox's The Mindy Project learned this week the show's production company was in talks to move the show from the network to the streaming service Hulu. The broadcaster declined to comment, but a source close to the production confirmed negotiations aimed at securing a two-season deal at Hulu.

The move makes sense for a few reasons: TV shows generally need about 100 episodes to be sold into syndication, where the studio that makes the show can make perpetual profits on the program. (The Mindy Project has aired 65 episodes.) The series has struggled in ratings, drawing about 2 million viewers for its final episode this season, but has a passionate fan base and critical acclaim.

And Hulu has shown — through high-profile deals to acquire exclusive streaming rights for Seinfeld and South Park libraries — that it is hungry for high-profile series that fans can't find elsewhere.

If the Mindy move happens, it would confirm a recent trend that has seen several canceled series finish up runs on streaming services, from NBC's Community on Yahoo to A&E's Longmire and AMC's The Killing on Netflix. In today's increasingly crowded streaming/video/TV universe, getting canceled by a network isn't necessarily the end of a series' story — especially if it has a passionate, advertiser-friendly fan base.

ABC also picked up new seasons of several freshman shows that were considered on the "bubble" of cancellation, including TV's only network sitcom centering on an Asian family, Fresh Off the Boat; the Marvel movie spinoff Agent Carter, and the crime anthology series Secrets and Lies.

There's no hint of resurrection for other ABC shows that have been canceled this week, however. Stars of the sitcom Cristela and the drama Forever told fans their shows had been canceled on social media; Forever star Ioan Gruffudd admitted on Instagram he was "a little bit shaken up" at losing "the role of my dreams."

Comic Cristela Alonzo, who had blogged about Cristela's efforts to build a traditional sitcom around a Latino family — and retweeted complaints about the show's lack of promotion by ABC — told fans on Twitter "you can't make people get something they haven't lived."

Despite Alonzo's concerns, early news indicates the broadcast networks will have more new series coming next TV season that are centered on black, Latino and Asian characters and families.

ABC has picked up a reboot of the 1989 John Candy movie Uncle Buck with an African-American cast, and a workplace/family comedy called Dr. Ken starring Ken Jeong, the co-star of the Hangover movies. NBC will have a comedy starring Eva Longoria called Telenovela and a new series featuring former Ugly Betty star America Ferrara called Superstore.

The final word on most networks' shows will come next week, as broadcasters reveal their schedules for the next TV season, starting with NBC and Fox on Monday, followed by ABC on Tuesday, CBS on Wednesday and The CW on Thursday.

Until then, TV fans will face a tense time as news trickles out on more "bubble" shows culled to make room for new efforts.