Accessibility links
'Million Moms March' Walks Washington To Protest Police Violence : The Two-Way Mothers who have lost their children to deadly encounters with law enforcement will march on the nation's capital Saturday to protest police brutality. 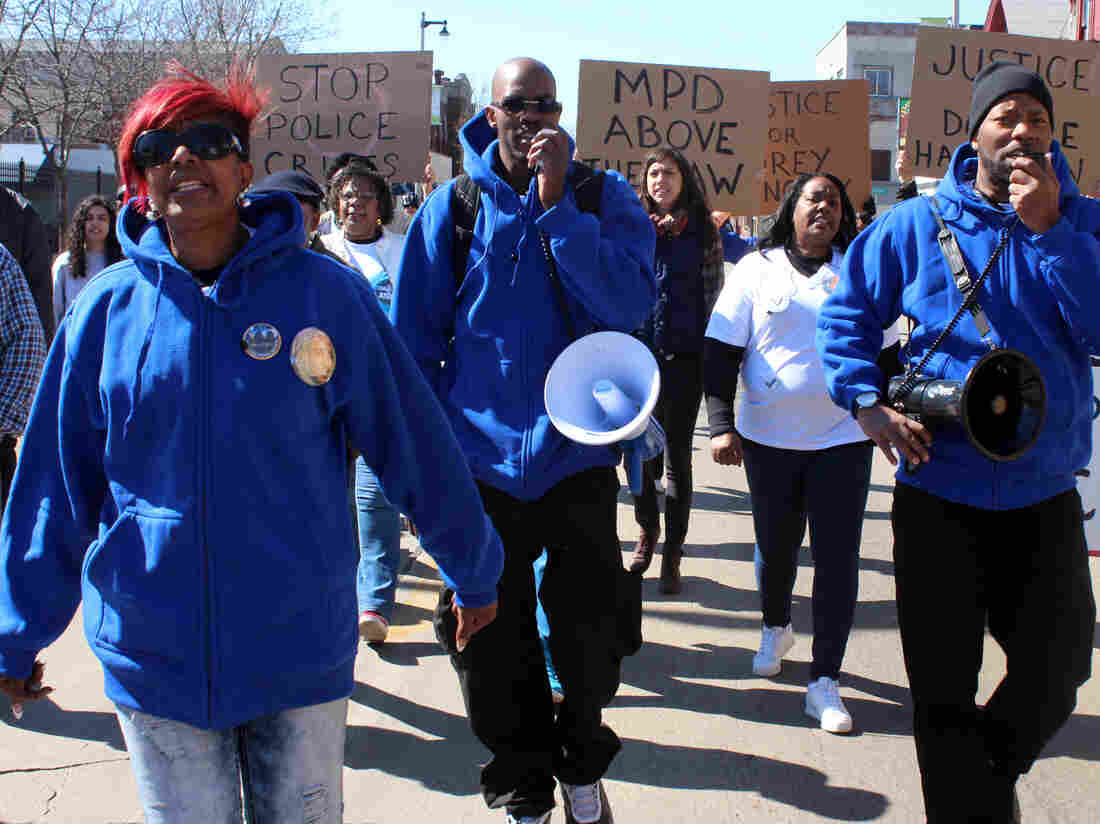 Maria Hamilton (left) marches in Milwaukee with her sons on April 30 in remembrance of her son Dontre, who was shot and killed by a now-former police officer in a park last year. Hamilton founded Mothers for Justice United, which planned a march on Washington on Saturday to protest police violence. Carrie Antlfinger/AP hide caption 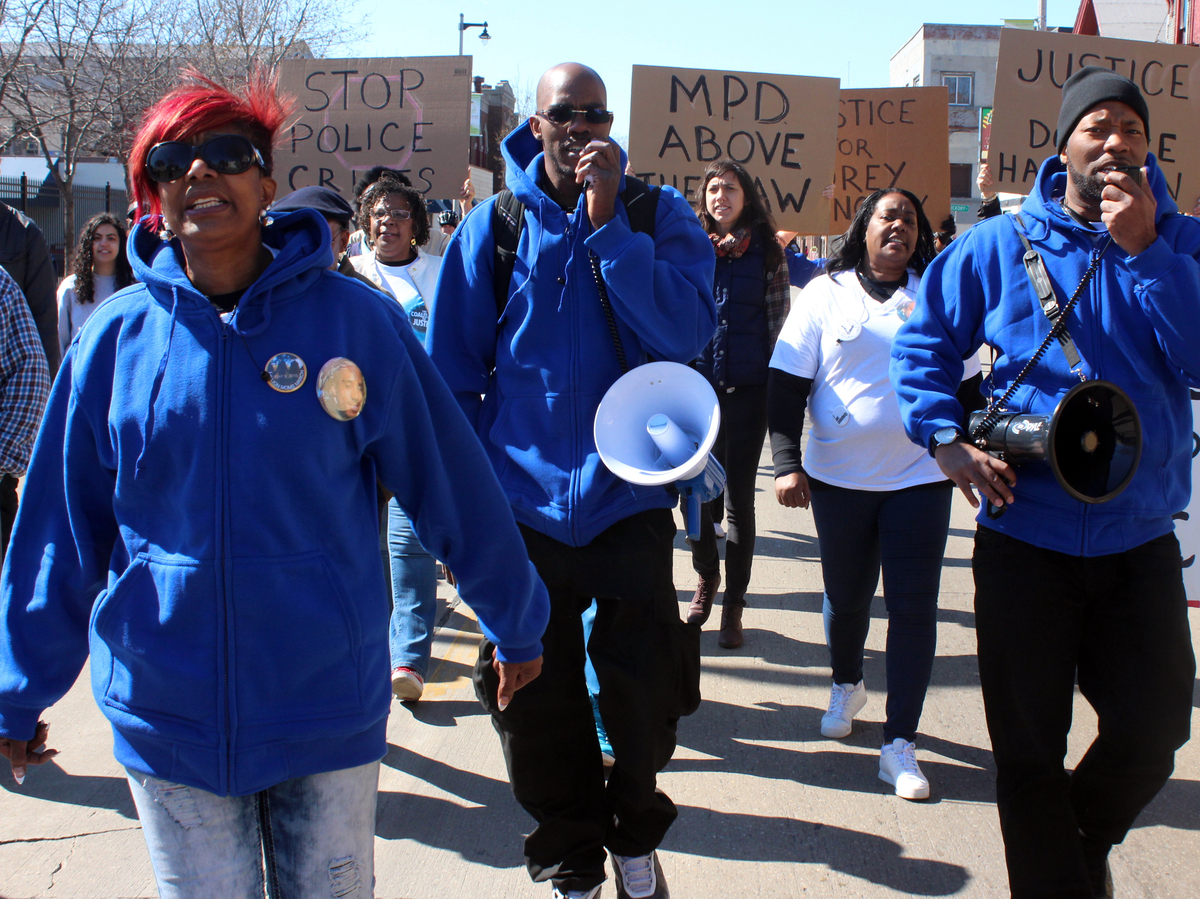 Maria Hamilton (left) marches in Milwaukee with her sons on April 30 in remembrance of her son Dontre, who was shot and killed by a now-former police officer in a park last year. Hamilton founded Mothers for Justice United, which planned a march on Washington on Saturday to protest police violence.

Mothers from around the country gathered in the nation's capital Saturday to protest police brutality in a march from Capitol Hill to the Justice Department.

The Facebook page for the Million Moms March on Washington event is overflowing with posts by mothers who lost their children to violent encounters with law enforcement. Joining them are grieving spouses, siblings and friends of those who died, posting photos, sharing their own experiences and voicing their support.

Mothers for Justice United organized the Saturday march, using social media to attract support for the event. (The march is not affiliated with the Million Mom March of 2000, which protested gun violence.) The marchers planned to present "demands for justice and racial equality," the organization says.

Among those marching is the organization's founder Maria Hamilton, whose 31-year-old son Dontre was shot and killed last year by a Milwaukee police officer after he was discovered sleeping in a park. The officer was fired, but not charged with a crime.

The date of the march, on Mother's Day weekend, is the first anniversary of Dontre Hamilton's burial. Maria Hamilton spoke to Milwaukee news station WITI about her son:

"I believe Dontre planted, his physical life planted a seed for this movement. I know that his death will never be in vain. I had to let him go in order to have this work done. May 9th will be the march for unity for all the moms across the U.S. that have lost their loved ones. We want the federal government to change the laws across the board. We need to have them set the laws up where the police chief and different areas of police officers across the U.S. have the same rules and regulations when protecting us."

Hamilton was a main organizer of the event, the goal of which she says was to get the government's attention.

Mothers for Justice United's official website lists the march as a "call to action ... in the wake of the recent unjust murders of Dontre Hamilton, Corey Stingley, Derek Williams, Brandon Johnson, Larry Jenkins, Michael Brown, Eric Garner, Tamir Rice and so many more at the hands of police officers and racist vigilantes."

Young Baltimore Native: 'This Is the Civil Rights Movement Of My Generation'

Young Baltimore Native: 'This Is the Civil Rights Movement Of My Generation'

Activists in nearby Baltimore encouraged residents there to join the march after the city spent the past few weeks dealing with protests and sometimes-violent riots in response to the death of Freddie Gray from injuries sustained in police custody.

Six officers have been charged in the case. NPR's Nathan Rott reports the officers are arguing Gray's arrest was legal and warranted, claiming the charges are "political in nature."