Accessibility links
Tornadoes Hit Texas As Tropical Storm Ana Makes Landfall In S.C. : The Two-Way At least one person is dead and others still missing in Texas. Meanwhile, near Myrtle Beach, a weakening Ana has stormed ashore. 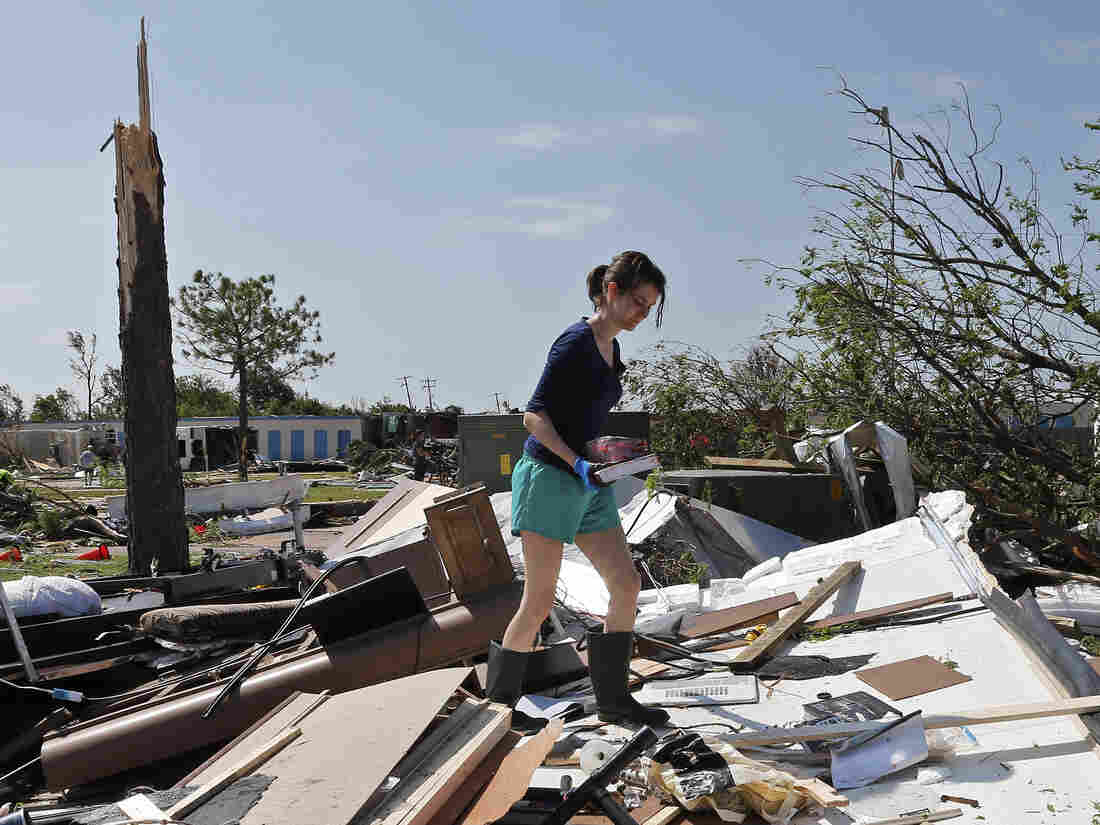 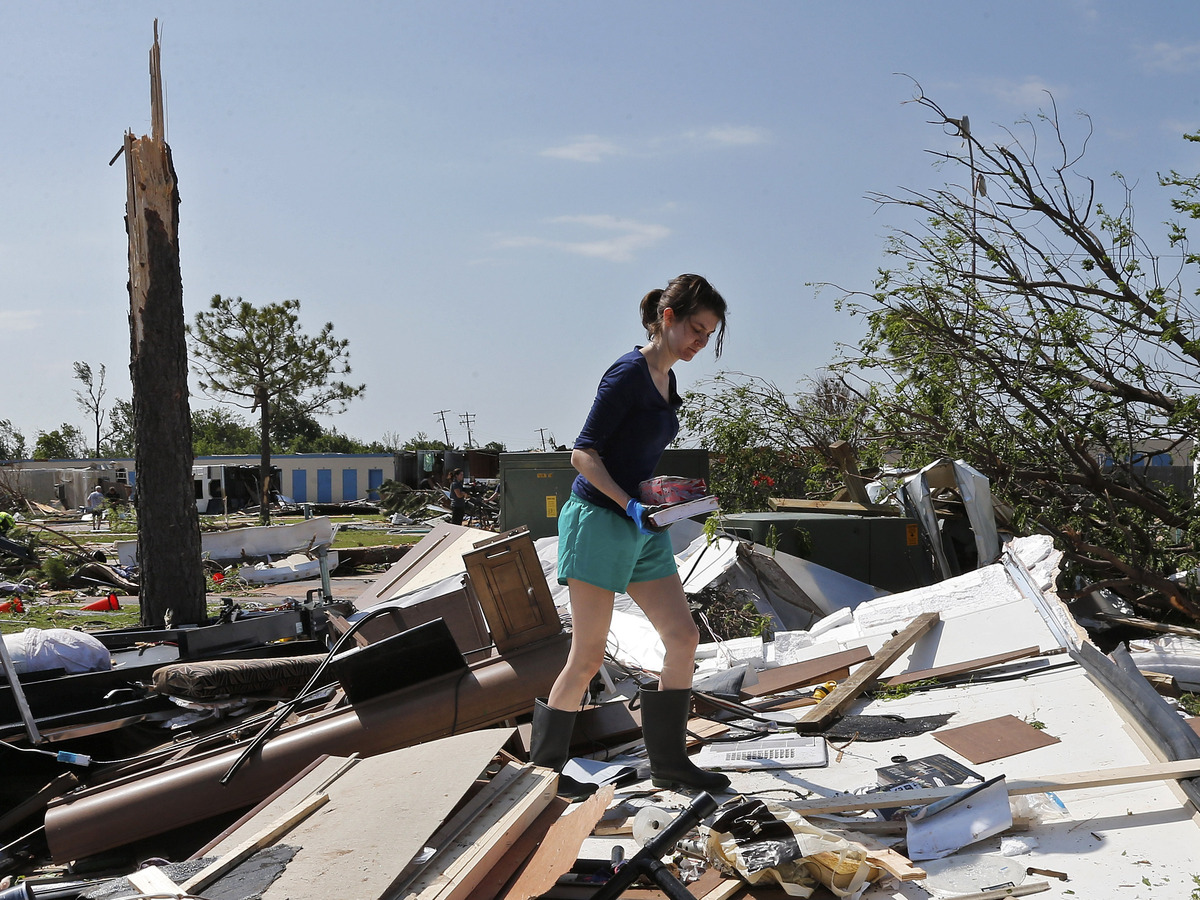 A photo from Thursday shows Dillan Taylor salvaging items from her destroyed recreational vehicle in Oklahoma City following a tornado there. More tornadoes hit the Plains states over the weekend.

A series of tornadoes in North Texas over the weekend have left at least one person dead and others missing. Meanwhile, in South Carolina, a weakening Tropical Storm Ana made landfall early this morning near Myrtle Beach, S.C.

One of the tornadoes that hit Saturday destroyed homes in a rural area south of Cisco, a town about 100 miles west of Fort Worth, Eastland County, Judge Rex Fields was quoted by The Associated Press as saying.

"The homes that I've seen, there are just maybe one or two walls standing," Fields, who also serves as the county's emergency services coordinator, told the AP. He said one person was killed and there were likely other injuries.

A second tornado touched down north of Wichita Falls near the Texas-Oklahoma border.

The AP writes: "Elsewhere, storms brought heavy rain and quarter-sized hail to parts of southwest Oklahoma on Saturday afternoon, but meteorologists said a tornado threat there had diminished as the hours wore on Sunday."

WECT Channel 6 reports that Ana has sustained winds near 45 mph. "The storm will continue to weaken as it moves onshore but will still have a measurable impact due to its slow moving nature. Residents, particularly those in coastal communities, should remain weather aware — primed for the possibility of strong gusty winds, heavy downpours, and the threat for a severe thunderstorm," the television station reports.

WLTX-TV says: "The latest forecast models have Ana moving slowly toward the northwest, then eventually toward the north, with some slight acceleration over the next day. It will be windy with occasional showers along the South Carolina coast for the rest of the weekend. However, the worst of the weather will be east of the center in North Carolina. Wilmington will likely see higher winds and heavy rain."