Accessibility links
Yemen's Houthis Agree To 5-Day Cease-Fire To Allow Humanitarian Aid : The Two-Way The temporary truce comes amid an upsurge in Saudi-led airstrikes, including one in the capital that hit the private residence of former President Ali Abdullah Saleh, said to be a rebel ally. 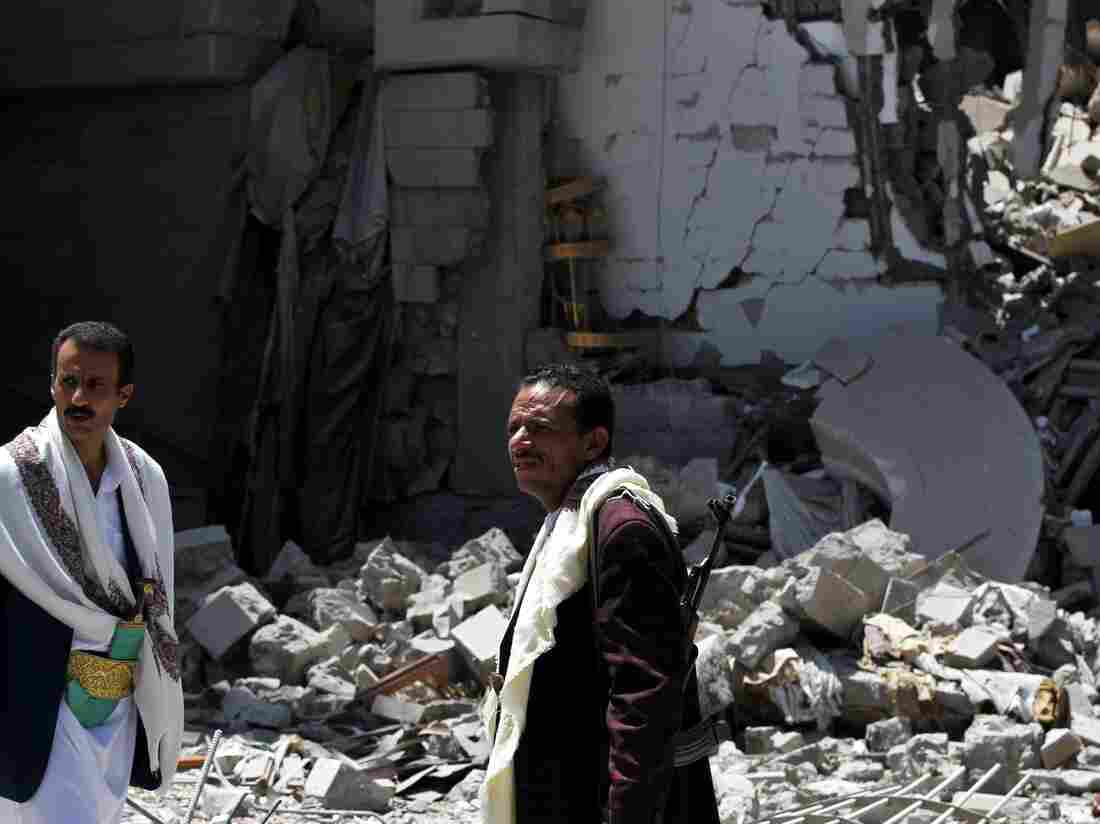 Gunmen loyal to former Yemeni President Ali Abdullah Saleh, stand amid the ruin of Saleh's residence following an airstrike carried out by the Saudi-led alliance in the capital, Sana, on Sunday. Yahya Arhab/EPA/Landov hide caption 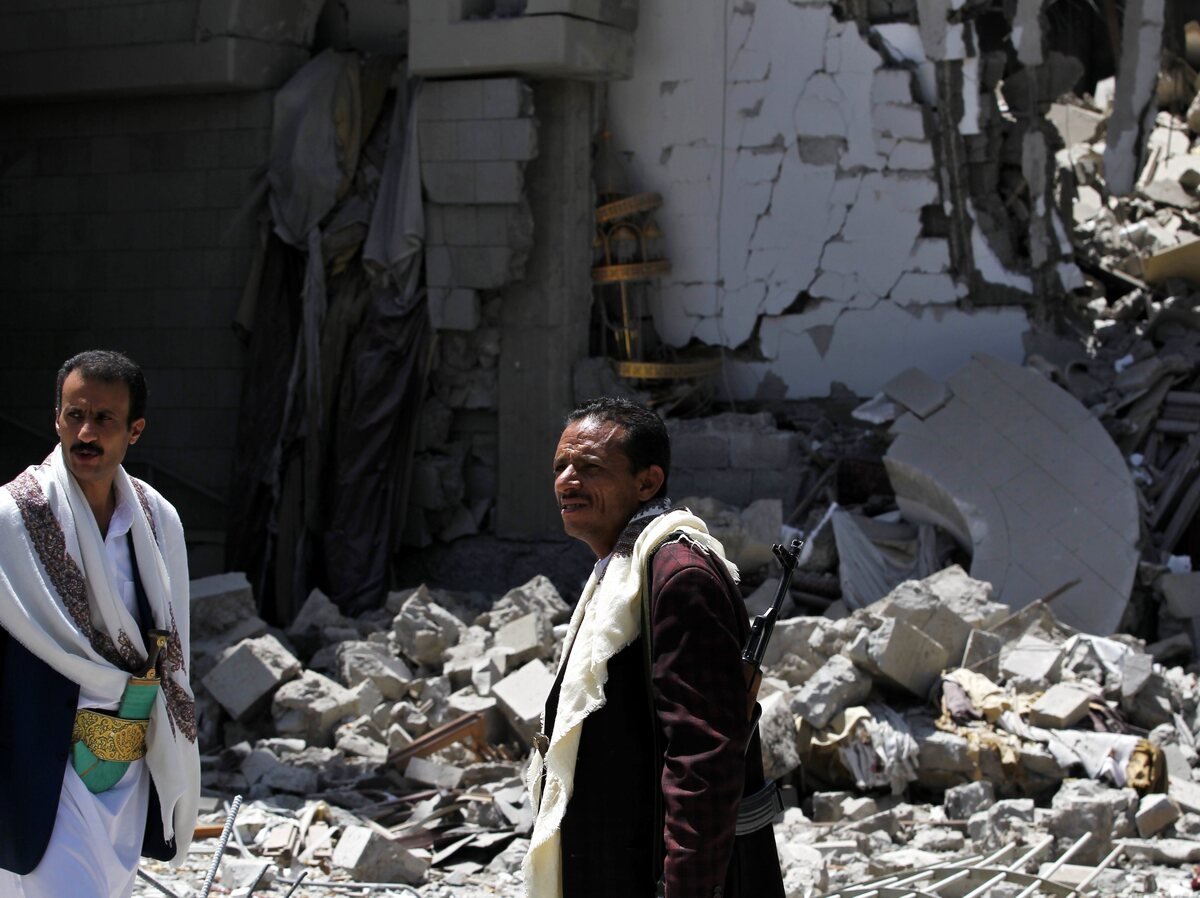 Gunmen loyal to former Yemeni President Ali Abdullah Saleh, stand amid the ruin of Saleh's residence following an airstrike carried out by the Saudi-led alliance in the capital, Sana, on Sunday.

Yemen's Houthi rebels have agreed to a five-day cease-fire proposed by Saudi Arabia to allow humanitarian aid into the country.

According to The Guardian, the Shia Houthi rebels issued a statement early on Sunday agreeing to "cooperate with the ceasefire to help people suffering from the severe fuel and food shortages." However, The New York Times reports that the Houthis vowed to "respond" to any violation of the truce by "Al Qaeda or those who stand with them."

The cease-fire would begin at 11 p.m. Tuesday.

Since proposing the temporary truce last week, Saudi Arabia has stepped up its bombing campaign against the rebels. Reports says that one of those strikes in the capital, Sana, hit the private residence of former President Ali Abdullah Saleh. Al-Jazeera notes: "Saleh, who stepped down in 2012 following a year of deadly nationwide protests against his three-decade rule, is accused of siding with Houthi fighters who ousted UN-backed President Abd-Rabbu Mansour Hadi in February."

The agreement to put the bombing campaign on hiatus follows a warning by the United Nations representative in Yemen that the Saudi-led airstrikes had "effectively trapped civilians," according to the BBC.

"The UN also warned that the indiscriminate bombing of populated areas is against international law.

"Air strikes have killed at least 1,400, more than half civilians, the UN says."