Accessibility links
Vienna Introduces New, Same-Sex Themed Crosswalk Signals : The Two-Way The signals, which also include opposite-sex couples, went up at 49 intersections across the city. The mayor said they are a "sign of openness."

Vienna has introduced new same-sex and opposite-sex themed crosswalk signals at 49 intersections across the city.

The signals are a more playful take on traditional signals, which usually portray a single, gender-neutral person. The new signals feature a same-sex couple or an opposite-sex couple united by a little heart. Via the city's municipal lighting department, here are some pictures: 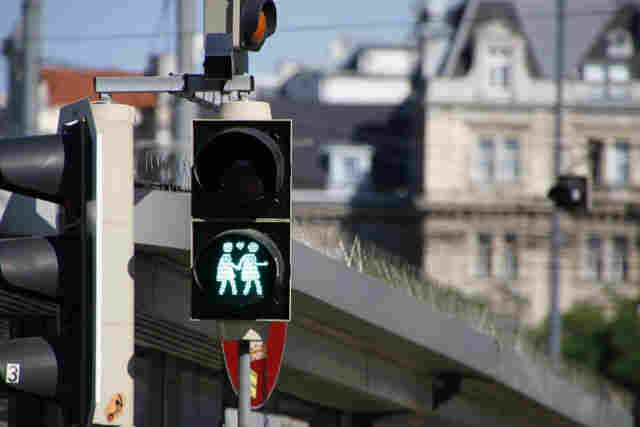 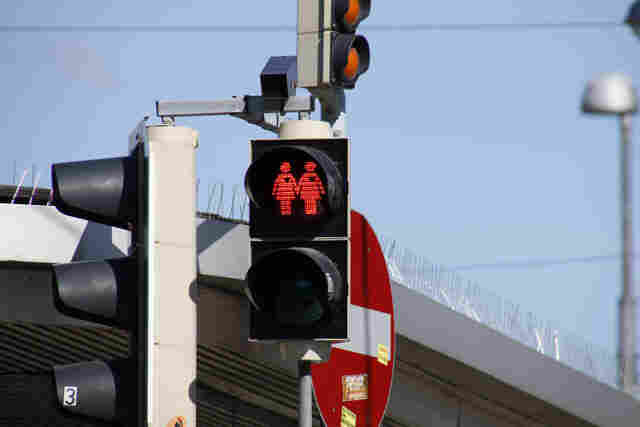 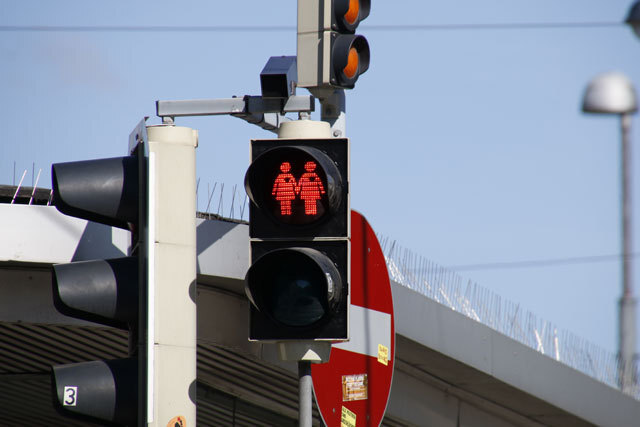 Two women are shown in a crosswalk signal in Vienna. 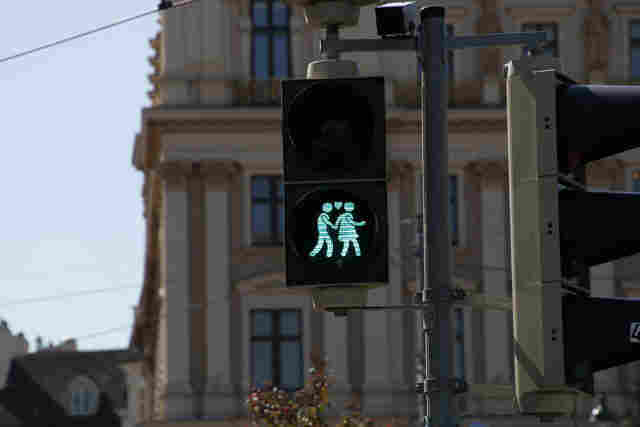 An opposite sex couple is shown on a crosswalk signal in Vienna. Vienna Lights hide caption

In a statement, the city's mayor said the new signals are "a sign of openness and tolerance."

Reuters reports that the crosswalk signals were installed to coincide with two big events planned for the city: The Eurovision Song Contest and "Life Ball," a charity event to raise money to fight HIV and AIDS.

"Hollywood actress Charlize Theron and French fashion designer Jean Paul Gaultier will be among the guests, along with Conchita," Reuters reports.

If you don't keep up with pop culture, Conchita, an Austrian drag queen, won the Eurovision Song Contest in 2014.