Accessibility links
Blogger Is Hacked To Death In Bangladesh After Promoting Secular Thought : The Two-Way The writer Ananta Bijoy Das was killed by men wielding machetes. He wrote for the same blog founded by Avijit Roy, a Bangladeshi-American who died in a similar attack in February. 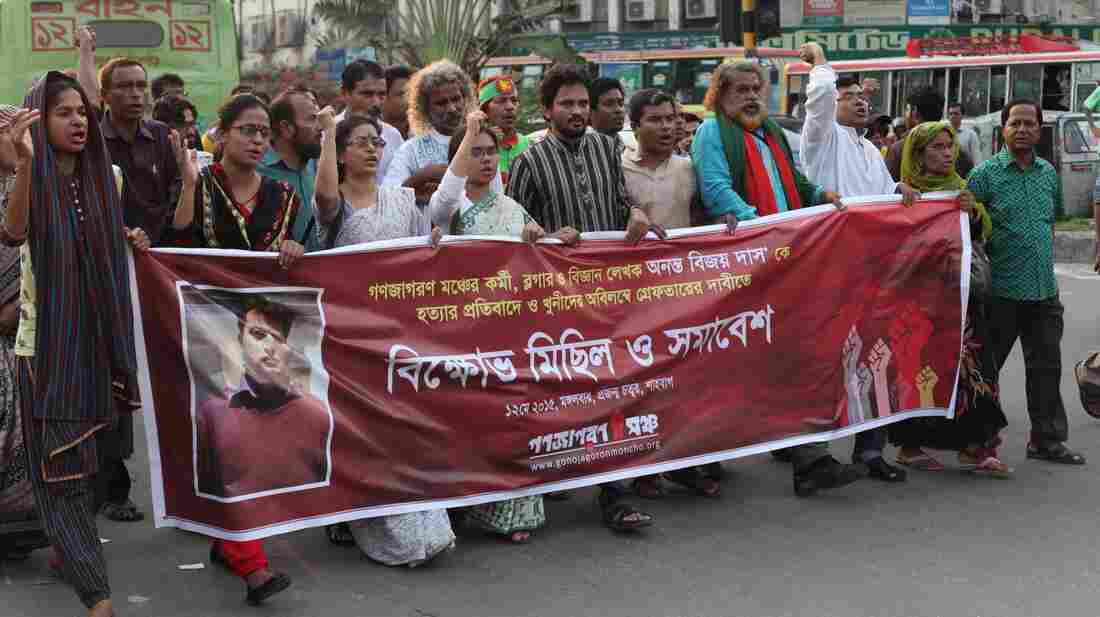 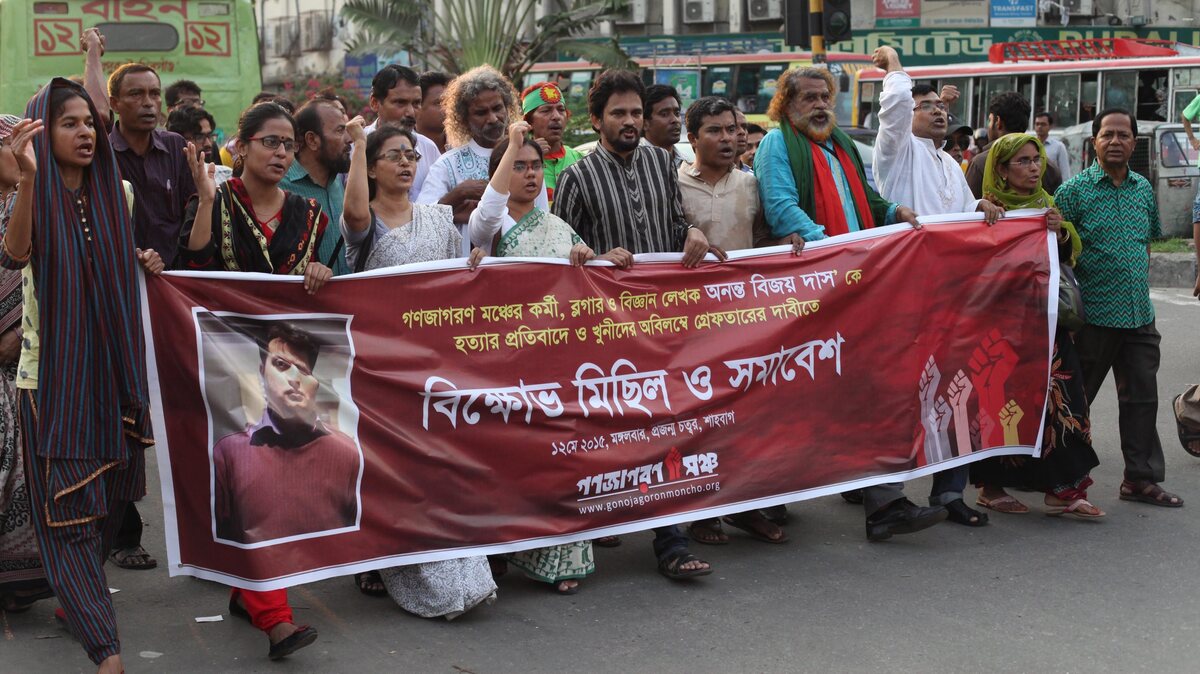 For the third time this year, a blogger has died after a brutal attack on a street in Bangladesh. The writer Ananta Bijoy Das was killed by men wielding machetes. He wrote for the same blog founded by Avijit Roy, a Bangladeshi-American who died in a similar attack in February.

CNN reports, "Das, 32, was killed Tuesday morning as he left his home on his way to work at a bank, police in the northeastern Bangladeshi city of Sylhet said."

Das had written for Mukto-Mona ("Free Thinkers"), which posts articles about secular and rationalist topics along with discussion and debates over science, atheism and Islam. Recent English-language posts have headlines such as "Does Islam Need Reforming?" and "Bangladesh: Where words cost lives."

Bangladeshi news site BDNews24 says that Das was also part of a secular movement called Ganajagaran Mancha, which called for both protests and more actions by the government in the wake of his death.

Both of the previous attacks, on Roy and fellow blogger Washiqur Rahman, took place in Bangladesh's capital, Dhaka.

After Rahman's death in March, the editor of the English-language Dhaka Tribune spoke to NPR's Robert Siegel.

When Robert asked Zafar Sobhan if the slain bloggers were part of a group that published insults to the Prophet Muhammad, Sobhan answered:

"Not at all. They were respectful in their critiques. They did not critique Islam solely. They were critical of all organized religions. So it was Islam, Hinduism, Christianity. They have been accused of insulting and abusive language, but I have found no evidence of this."

The killings have taken place against the backdrop of war crimes trials in Bangladesh, stemming from its 1971 war for independence from Pakistan.

"Most of the people who have been put on trial are Islamists," Sobhan told Robert. "They were people who were collaborating with the Pakistan occupation army back in 1971. Now, war crimes trials are very important; however, I think the downside is that they have been painted as a movement against religious people, against Islamists."