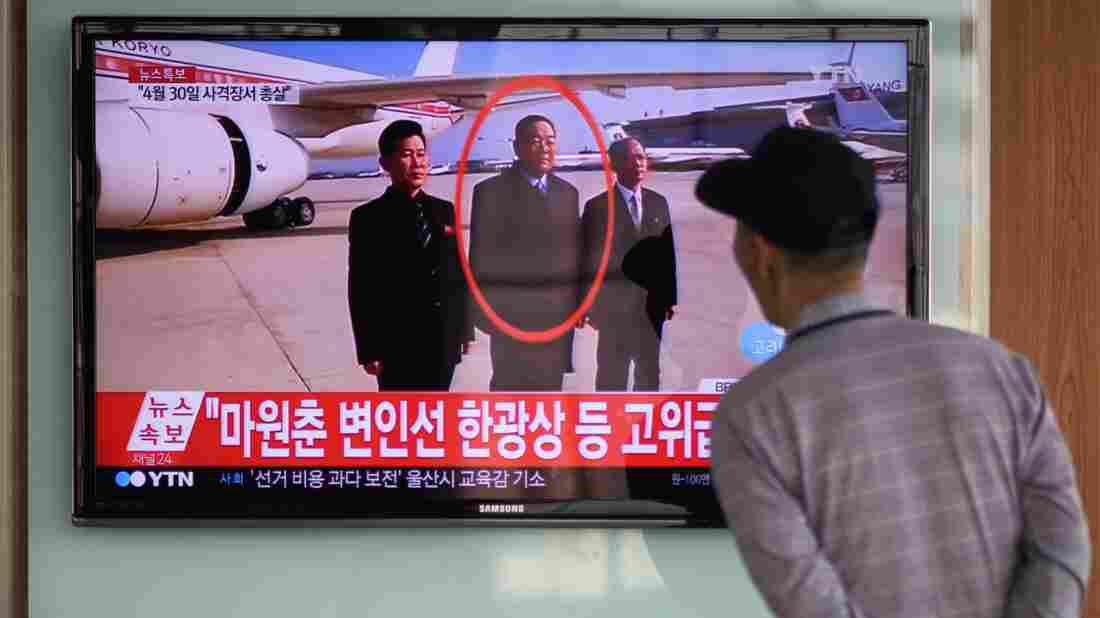 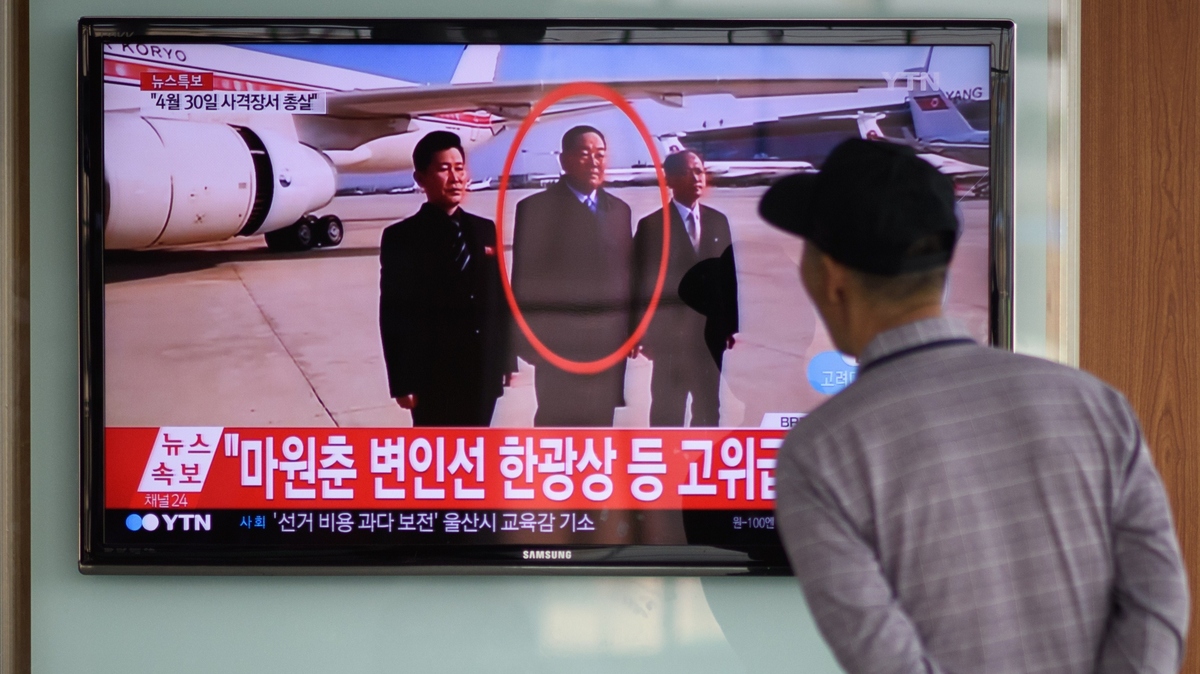 A man watches a television showing news coverage of the reported execution of North Korea's defense minister, Hyon Yong Chol, at a railway station in Seoul on Wednesday.

The execution reportedly took place in public, with hundreds of onlookers watching as Hyon Yong Chol was killed by firing squad, using anti-aircraft guns. The reported offense? Falling asleep during a meeting and showing disrespect to Kim.

Hyon has represented North Korea in meetings abroad, most recently with a trip to Russia in April. Kim has yet to leave the country since coming to power following his father's death in 2011.

This move is the latest in a series of leadership changes — and purges — since the younger Kim has taken charge. South Korea's spies said 15 officials were executed last month. And in a notable move shortly after becoming North Korea's absolute ruler, Kim ordered the execution of his uncle, who had amassed loyalty among North Korea's top brass during the leadership of Kim's father, Kim Jong Il.

"You have to prevent any coalition from forming against you ... deter others from challenging you through this violence," said Daniel Pinkston, Seoul-based Northeast Asia deputy project director for the International Crisis Group. "That's really the horrible nature, the violent nature of a dictatorship. But if you're unwilling to do that, others will, and they will push you out of the leadership."