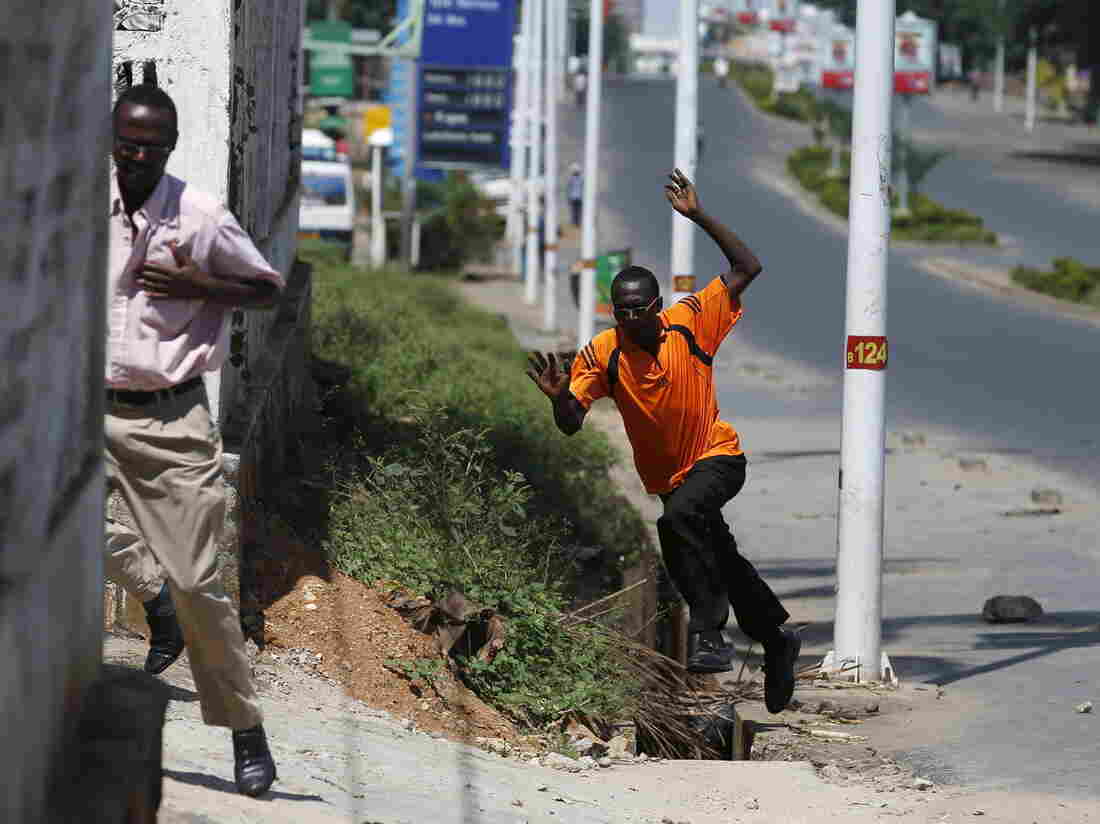 Men run for cover after they hear gunfire in a street in Bujumbura, Burundi, on Thursday, a day after an army general declared he'd toppled the country's president in a coup. Goran Tomasevic /Reuters/Landov hide caption 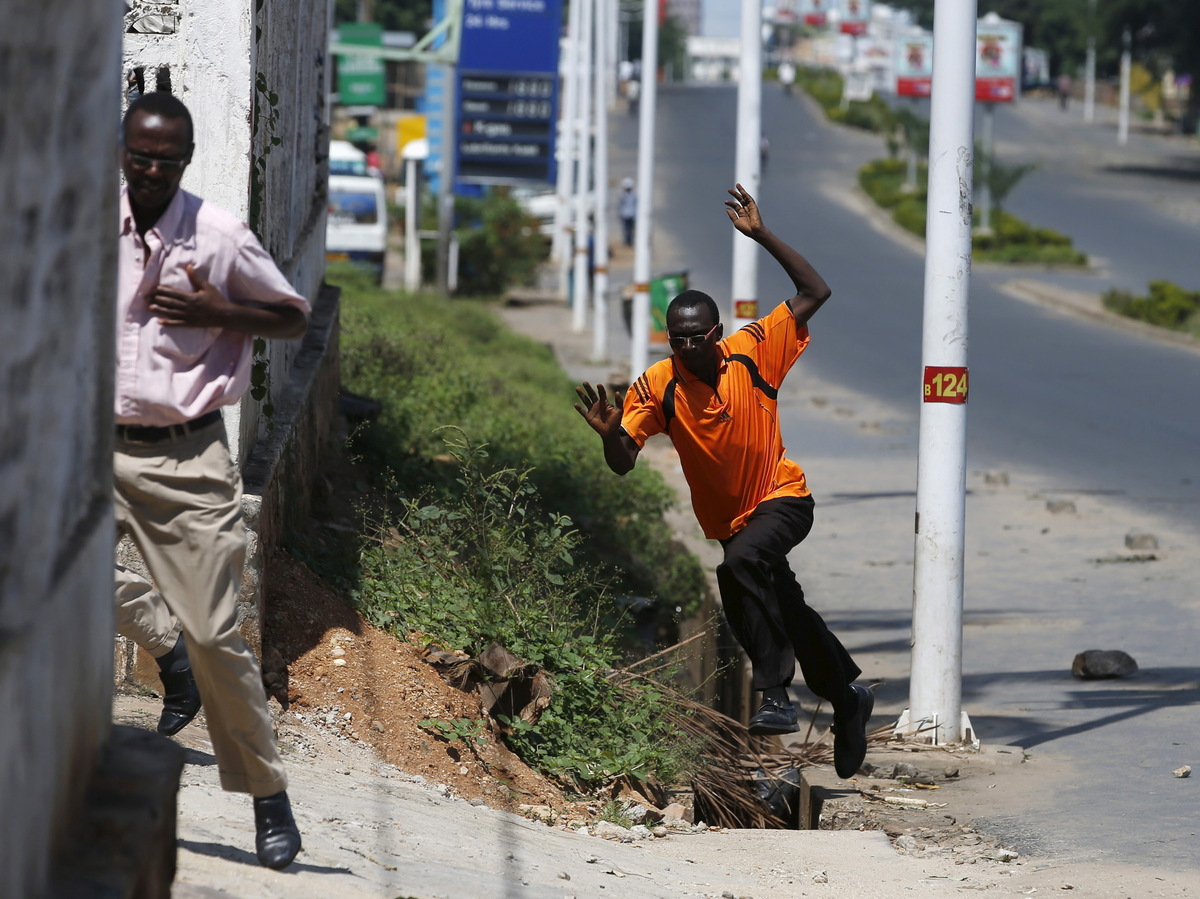 Men run for cover after they hear gunfire in a street in Bujumbura, Burundi, on Thursday, a day after an army general declared he'd toppled the country's president in a coup.

A day after a general in Burundi announced a coup, the country's army chief says the putsch failed amid a split in the military, as sporadic gunfire and explosions could be heard in the capital of the central African nation.

On Wednesday, The Two-Way's Eyder Peralta reported that Maj. Gen. Godefroid Niyombare read a statement on a private radio station saying he had seized power from President Pierre Nkurunziza because the elected leader had violated the constitution by seeking a third term in office.

But Thursday, Army Chief of Staff Gen. Prime Niyongabo said in a statement on state-run radio that "the coup attempt failed" and that forces loyal to Nkurunziza "are still controlling all strategic points."

Reuters reports that gunfire can be heard in the capital, Bujumbura, but that it isn't clear who is in control.

Nkurunziza, who was at a conference in neighboring Tanzania at the time of the coup, said Wednesday that the move against his government had been "foiled." In a message via Twitter, he urged his fellow Burundians to "remain calm."

"I ask all Burundians to remain calm in the face of deception. The situation is under control and constitutional order is being safeguarded," he tweeted.

In Burundi's civil war that ended in 2005, the army was commanded by minority Tutsis who fought against rebel groups of the majority Hutus, including one led by Nkurunziza, according to Reuters. In the mid-1990s, the Tutsi-Hutu split sparked a genocide in neighboring Rwanda.

Nkurunziza's announcement that he would seek a third five-year term as president sparked two weeks of protests. Thousands took to the streets in celebration on Wednesday after the coup was announced, according to The Associated Press.

However, there was no official confirmation about Nkurunziza's whereabouts. According to Reuters, two Tanzanian sources said he was in Dar es Salaam in a "secure location."

According to the AP, over the weeks of unrest following Nkurunziza's announcement of a third term, the military acted as a buffer between police and protesters.

Reuters quotes the presidential office as saying that Nkurunziza has returned from neighboring Tanzania.

"President Nkurunziza is back in Burundi after the attempted coup. He congratulates the army, the police and the Burundian people," the office said.

"There are competing claims to authority but we recognize President Nkurunziza as the legitimate president," Rathke said at a briefing.