Accessibility links
U.N. Appeals To Syria's Warring Groups To Spare Ancient City Of Palmyra : The Two-Way The city is on UNESCO's World Heritage list and has been badly affected by the four-year civil war. The latest threat to Palmyra is posed by fighting between government troops and ISIS. 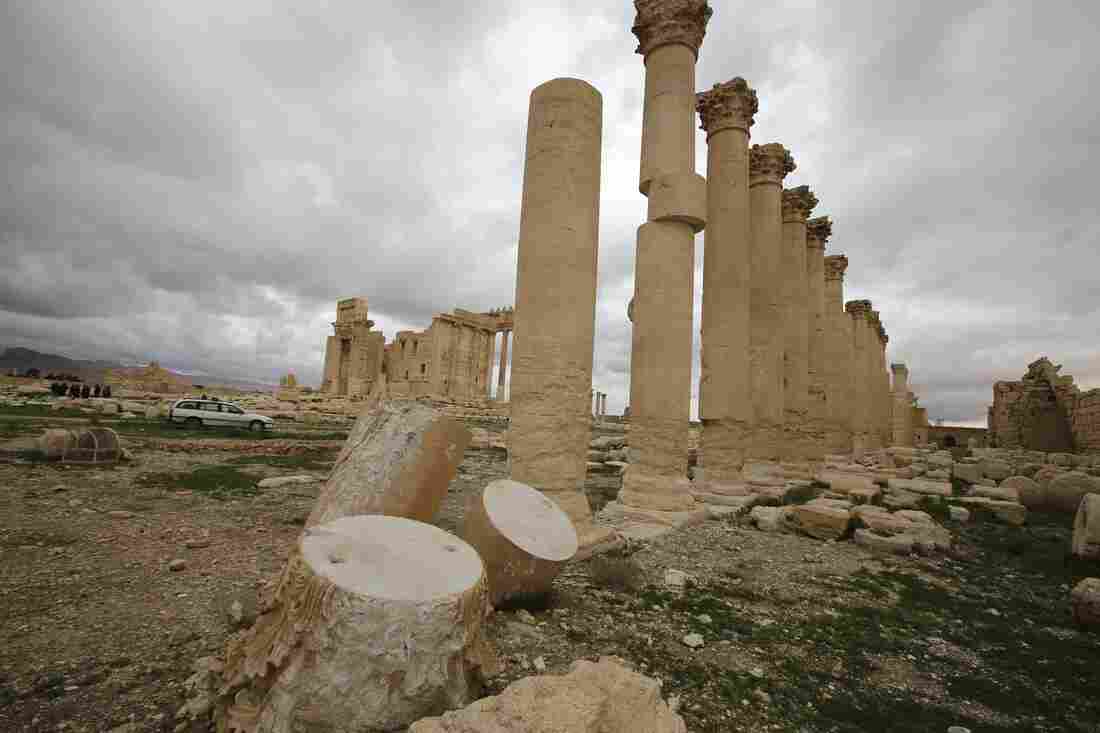 Columns in the courtyard of the temple of Baal in the ancient city of Palmyra are damaged by the shelling in this March 14, 2014, photograph. Joseph Eid/AFP/Getty Images hide caption 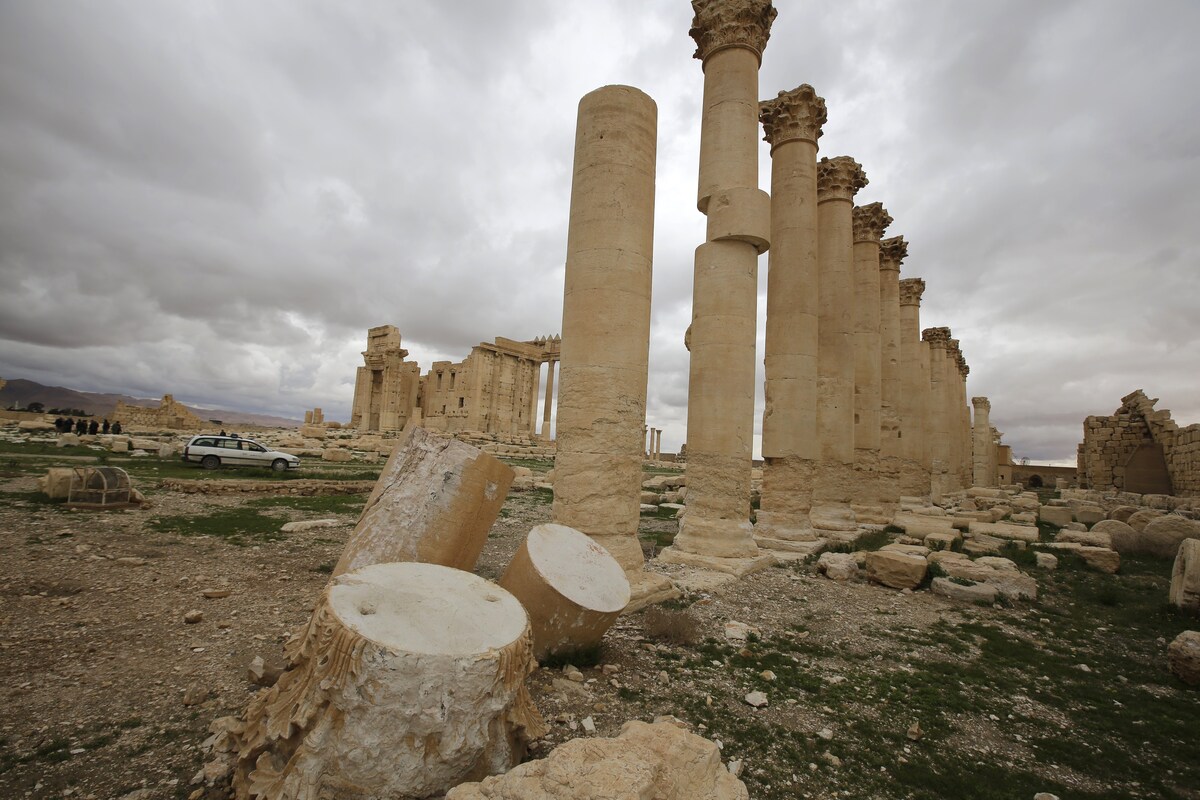 Columns in the courtyard of the temple of Baal in the ancient city of Palmyra are damaged by the shelling in this March 14, 2014, photograph.

The U.N. says it is concerned by fighting between Syrian government forces and the self-declared Islamic State near the ancient city of Palmyra.

"The site has already suffered four years of conflict, it suffered from looting and represents an irreplaceable treasure for the Syrian people and for the world," Irini Bokova, the director-general of UNESCO, said in a statement. "I appeal to all parties to protect Palmyra and make every effort to prevent its destruction."

Her statement said armed extremist groups raided the city of Tadmur, which is home to Palmyra, one of the most important cultural sites in the Middle East that is on UNESCO's list of World Heritage sites. Here's how UNESCO describes it:

"An oasis in the Syrian desert, north-east of Damascus, Palmyra contains the monumental ruins of a great city that was one of the most important cultural centres of the ancient world. From the 1st to the 2nd century, the art and architecture of Palmyra, standing at the crossroads of several civilizations, married Graeco-Roman techniques with local traditions and Persian influences."

The ancient city is the latest World Heritage site to be threatened by the fighting in Syria. NPR's Eleanor Beardsley tells our Newscast unit the Islamic State has also destroyed several cultural heritage sites in neighboring Iraq with sledgehammers, bulldozers and high explosives.

"Activist groups such as the Britain-based Syrian Observatory for Human Rights and the Local Coordination Committees said government warplanes have been attacking IS positions on the eastern edge of Palmyra. There has also been fighting on the ground, the groups said. On Friday, Syrian state news agency SANA said troops were 'chasing' IS fighters in several areas north and east of Palmyra."

Maamoun Abdulkarim, Syria's director-general of antiquities and museums, told Reuters the situation today is better than Thursday. The army is "firmly controlling the city," he said.

The fighting is not the only threat to Palmyra. As NPR's Alice Fordham reported last year, smugglers are using the civil war to loot artifacts from the ancient city. The city was among the worst damaged in fighting in 2012. Reporter Rasha Elass said at the time that "statuettes have been hacked off the site and at least one ancient temple has collapsed."