Accessibility links
Islamic State Claims Capture Of Iraqi City Of Ramadi : The Two-Way The Islamist extremist group says it has seized all of the city in Anbar province, but some Iraqi officials say parts of it are still under the control of government-backed militias. 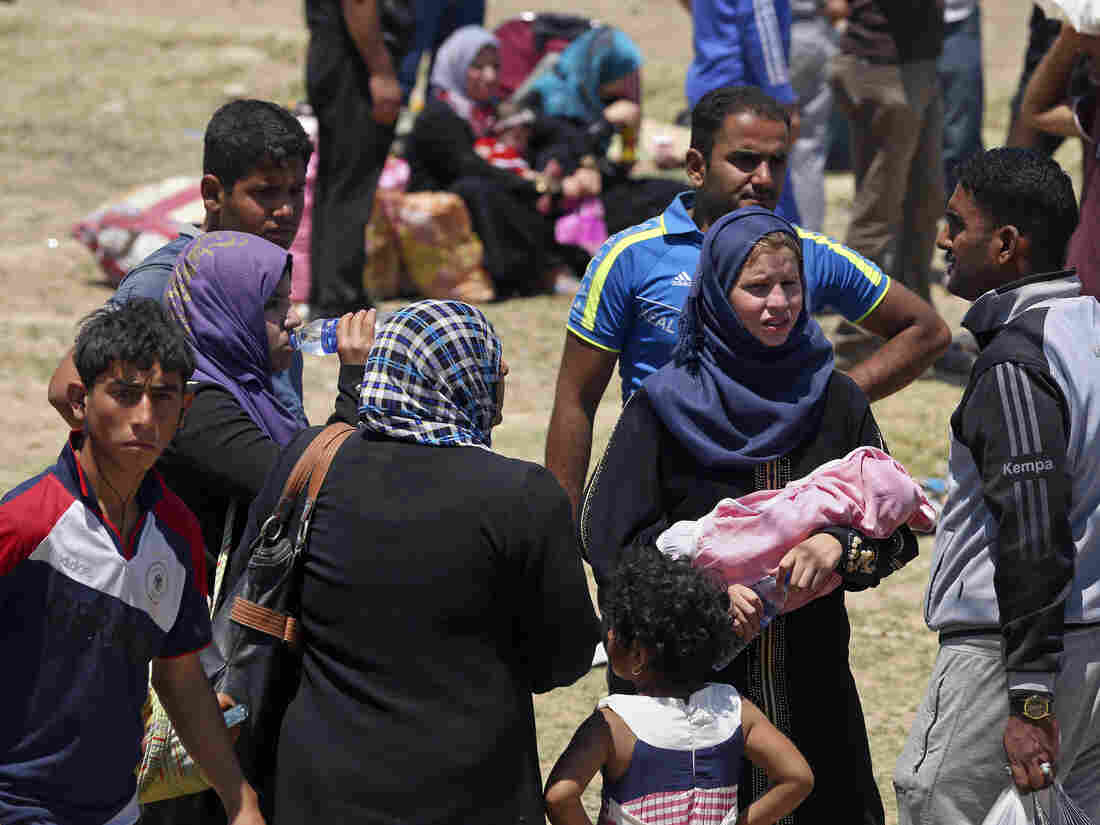 Displaced Iraqis from Ramadi rest before crossing the Bzebiz bridge as they flee toward Baghdad on Saturday. Hadi Mizban/AP hide caption 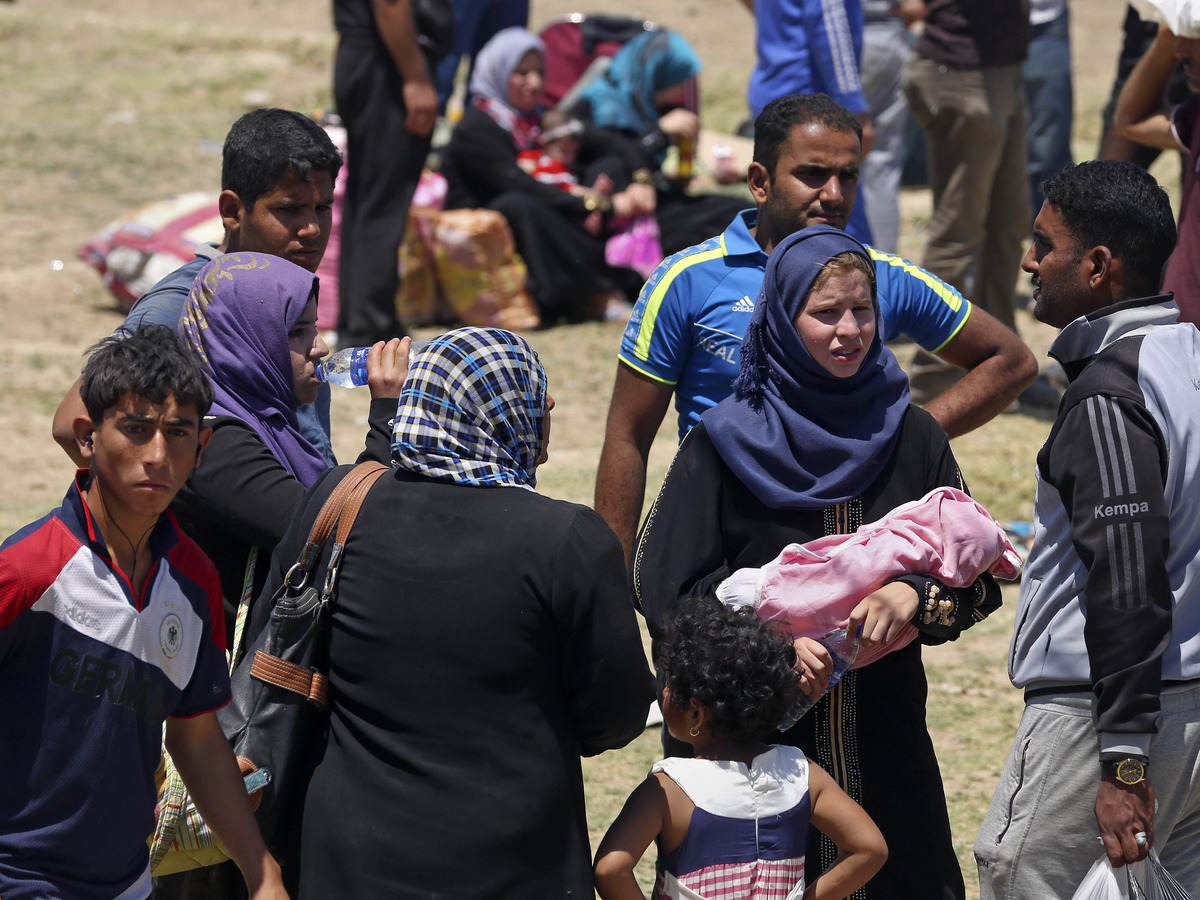 Displaced Iraqis from Ramadi rest before crossing the Bzebiz bridge as they flee toward Baghdad on Saturday.

The self-declared Islamic State claims its fighters have seized Ramadi in Iraq's western Anbar province, even as Iraqi officials disagreed on whether the city was lost and Prime Minister Haider al-Abadi ordered Shiite militias not to abandon their positions.

In a statement, the extremist group said it seized tanks and killed "dozens of apostates," referring to Iraqi security forces, according to Reuters. A spokesman for the governor of Anbar province also said the city had fallen to ISIS.

A Pentagon spokeswoman says that ISIS "has the advantage" in the area, but stopped short of saying it had achieved full control.

The Associated Press reports that "Al-Abadi also ordered Shiite militias to prepare to go into the Sunni-dominated region, ignoring worries their presence could spark sectarian bloodshed apparently over fears the extremists could seize the province."

Reuters quotes Iraqi army sources as saying that ISIS fighters had broken into a key military base in Anbar.

"The retreat of some forces recalled the collapse of Iraqi police and military forces last summer, when the Islamic State group's initial blitz into Iraq saw it capture about a third of the country.

"The Islamic State offensive — which began with ambush-style attacks after sundown Thursday — also pointed to wider concerns about the ability of Iraqi ground forces to overcome the well-armed extremists on other fronts around the country.

"It also could restore a major foothold for the Islamic State less than 70 miles west of Baghdad in the crucial Anbar Province, which has been the scene of bloodshed and seesaw battles since the U.S.-led invasion more than 12 years ago."