Accessibility links
$1M Bond Set For Members Of Biker Gangs Linked To Waco, Texas, Shootout : The Two-Way At least 170 members of five rival gangs have been arrested in connection with Sunday's gunfight that resulted in nine deaths and 18 injuries. 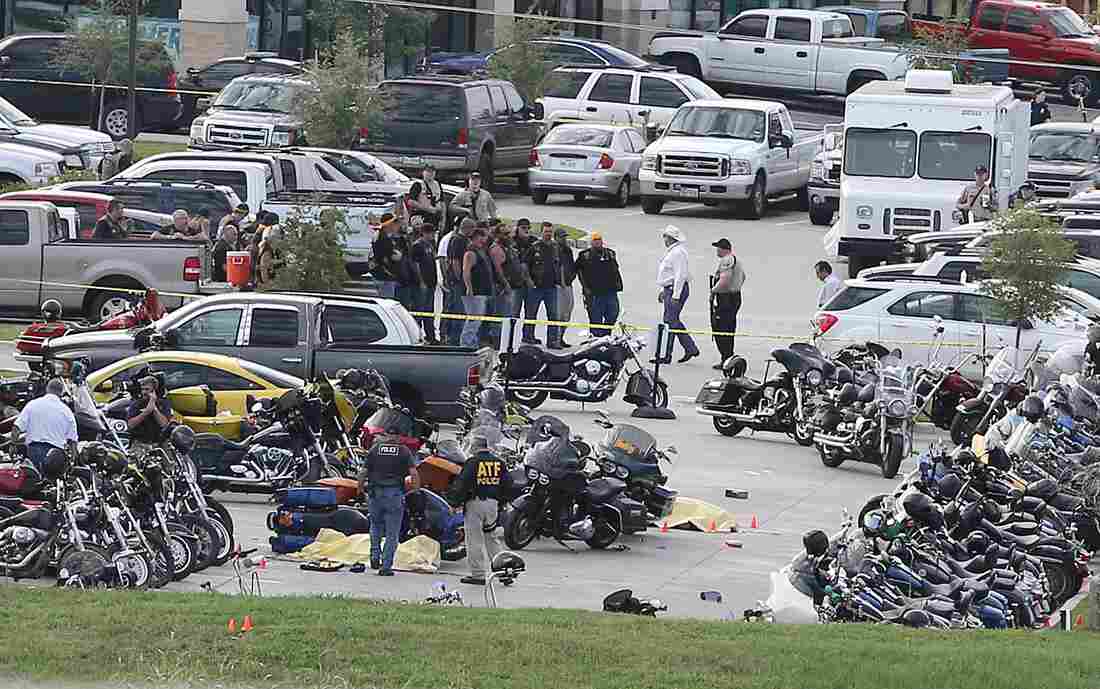 Authorities investigate a shooting in the parking lot of the Twin Peaks restaurant on Sunday in Waco, Texas. Jerry Larson/AP hide caption 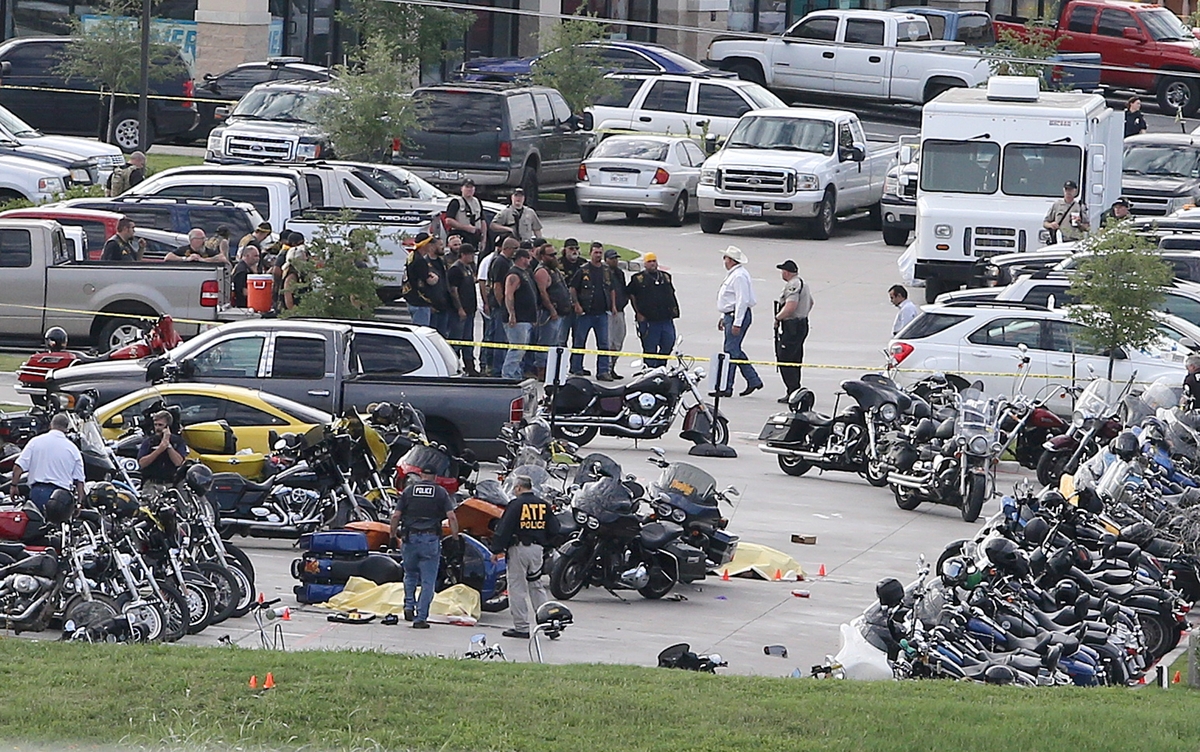 Authorities investigate a shooting in the parking lot of the Twin Peaks restaurant on Sunday in Waco, Texas.

Federal, state and local authorities are collecting evidence at the scene of a gunfight among five rival motorcycle gangs Sunday in Waco, Texas, that left nine people dead and 18 injured.

Officials said at least 170 people were arrested in connection with the gunfight at the Twin Peaks restaurant. Each is being held on a $1 million bond.

"Waco citizens that I talked to were angry that this restaurant, Twin Peaks, would allow these really violent outlaw motorcycle gangs to meet there on a regular basis, and drink beer and, you know, ogle at waitresses. These are known violent gangs."

In a statement, Twin Peaks Restaurants said it was revoking the franchise agreement with the Waco, Texas, restaurant immediately.

"Unfortunately the management team of the franchised restaurant in Waco chose to ignore the warnings and advice from both the police and our company, and did not uphold the high security standards we have in place to ensure everyone is safe at our restaurants," the statement said.

The fight between the rival bikers at the Twin Peaks Bar & Grill spilled from the bar into the parking lot; police were already in place at the location, waiting for trouble.

Sgt. Patrick Swanton said gang members shot at each other and at the assembled local and state police, who returned fire.

"We don't know at this point if our shot placement or if them being shot at by other bike gang members led to their demise," Swanton said. "We will figure that out as autopsies get handled and as we go through this investigation."

He called the incident one of the most violent crime scenes he'd witnessed in 34 years as an officer.

The Dallas Morning News reports that the rival gangs had gathered at the restaurant to work through issues about turf and recruitment.

"Swanton said police had been aware for several months that gang members were gathering, and at least 10 SWAT officers from Waco and the Texas Department of Public Safety were in marked cars outside the restaurant.

"There were no plainclothes officers in the restaurant. Swanton said that was partly because the officers felt they weren't welcome inside and were concerned with legal issues."

In total, the Waco Tribune reports, police believe there were five gangs represented at the restaurant.