Accessibility links
Go Forth And Pwn For Shizzle, Word List Guardians Tell Scrabble Players : The Two-Way Also on the list of 6,500 new Scrabble words: aji (the pepper), coqui (the frog) and the more old-fashioned ixnay and zowee. Or you could just say yeesh — if you've got the right tiles. 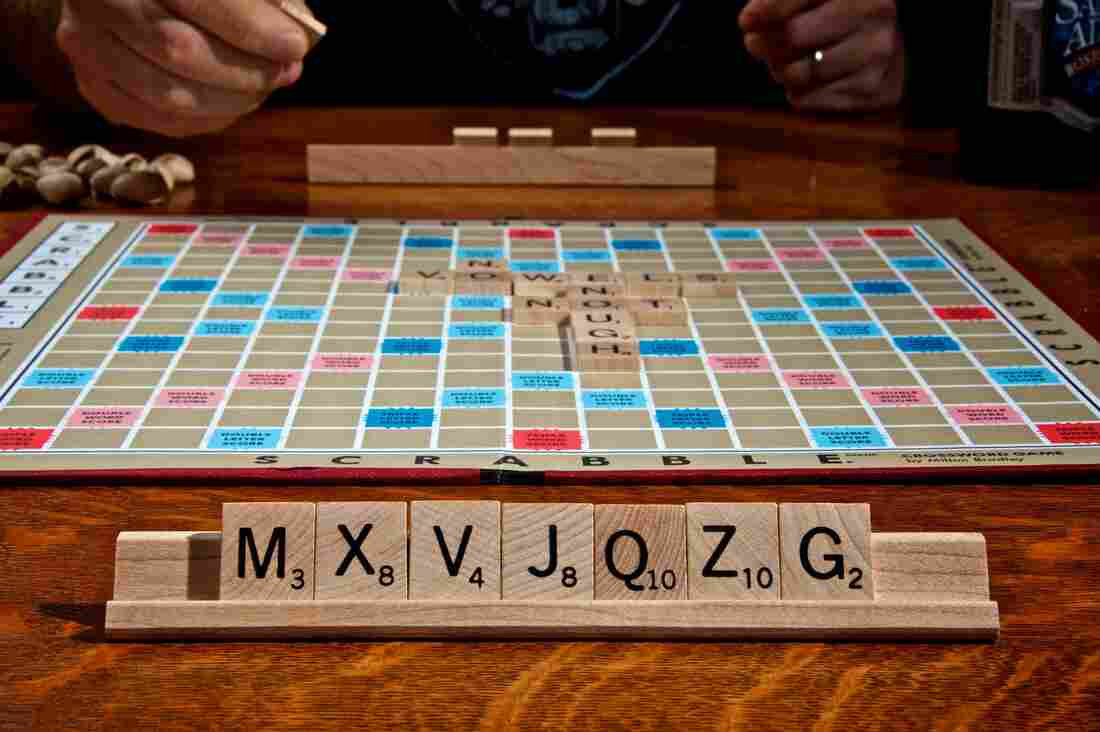 Collins has published a new edition of its official Scrabble words, including lotsa, tuneage, and ridic. Dennis Wilkinson/Flickr hide caption 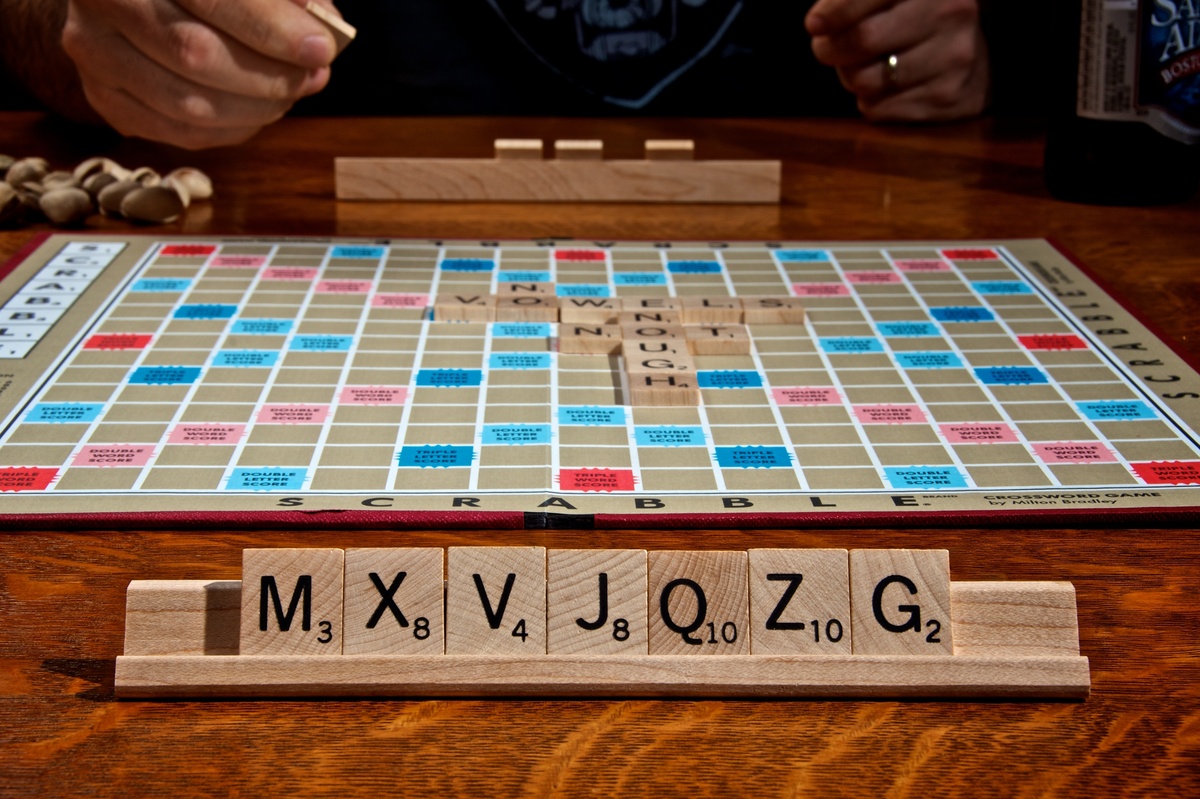 Collins has published a new edition of its official Scrabble words, including lotsa, tuneage, and ridic.

Also added: aji (the pepper), coqui (the frog) and the more old-fashioned ixnay and zowee. (See a longer list at the bottom of this post.)

With more than 276,000 words, Collins says its Official Scrabble Words reflects how English is used around the world, with words gleaned from Australia, Canada, New Zealand, South Africa, the U.K., and the U.S. The word list takes up 1,216 pages in hardback; it's also an app.

If you're a Scrabble player who uses online word checkers to make sure words are kosher, Collins' head of language content, Helen Newstead, says their online word checker "will be updated when the wordlist is officially adopted by WESPA at the beginning of September 2015."

"About 10 percent of North American players enjoy playing with the larger CSW lexicon," says NASPA Copresident John Chew. Some of those players want to compete in other countries, he says, and some want to play less defensive, high-scoring games that result from having more options.

"Many of the new words," he says, "are the result of Collins adopting words that were added to the North American lexicon last year, so those of our players who play in both lexicons will be relieved that they have fewer lexical differences to memorize."

For example, Chew mentions checkbox and cakehole. Other words in the new list include hacktivist, onesie, and geocache, along with the slang terms ridic (for ridiculous) and wuz (alternate form of was). Obvs, newbs have lotsa catching up to do. But now they can also just say yeesh, or even the Charlie Brownish augh.

We learned that word from Craig Beevers, the world Scrabble champion, who welcomes the new words today in a column for The Guardian. Meaning to bamboozle or perplex, bumbaze is on Beevers' list of favorite Scrabble words.

Beevers admits that he's never heard of some of the new additions, and he says others could be outdated within years. But he notes that words reflect culture — and culture keeps changing.

"There will always be words people don't like, but all you can ask of a dictionary is consistency," Beevers says. "Language continues to evolve and so Scrabble and its word bible must keep up too."

To learn new words and practice Scrabble skills, Beevers and many other players use Zyzzyva, a free online tool maintained by NASPA. The organization's Chew says a date hasn't been set yet to update Zyzzyva.

Here are more of the words highlighted by Collins today:

LOLZ laughs at someone else's or one's own expense (13 points)

PODIUMED past tense of podium, finish in the top three places in a sporting competition (14 points)

SHIZZLE A form of US rap slang (18 points)

SHOOTIE type of shoe that covers the ankle (10 points)

VAPE to inhale nicotine vapour (from an electronic cigarette) (9 points)

WUZ nonstandard spelling of was (15 points)

FACETIME talk with (someone) via the FaceTime application (15 points)

HASHTAG (on Twitter) word or phrase preceded by a hashmark, used to denote the topic of a post (14 points)

PWN defeat (an opponent) in conclusive and humiliating fashion (8 points)

SHOWROOMING practice of looking at an item in a shop, using a smartphone to compare its price elsewhere, then