Accessibility links
Dozens Of Cleveland Protesters Arrested After Officer's Acquittal : The Two-Way Cleveland police in riot gear made 71 arrests overnight Saturday as angry residents protested the acquittal of a patrolman charged in the shooting deaths of two unarmed suspects. 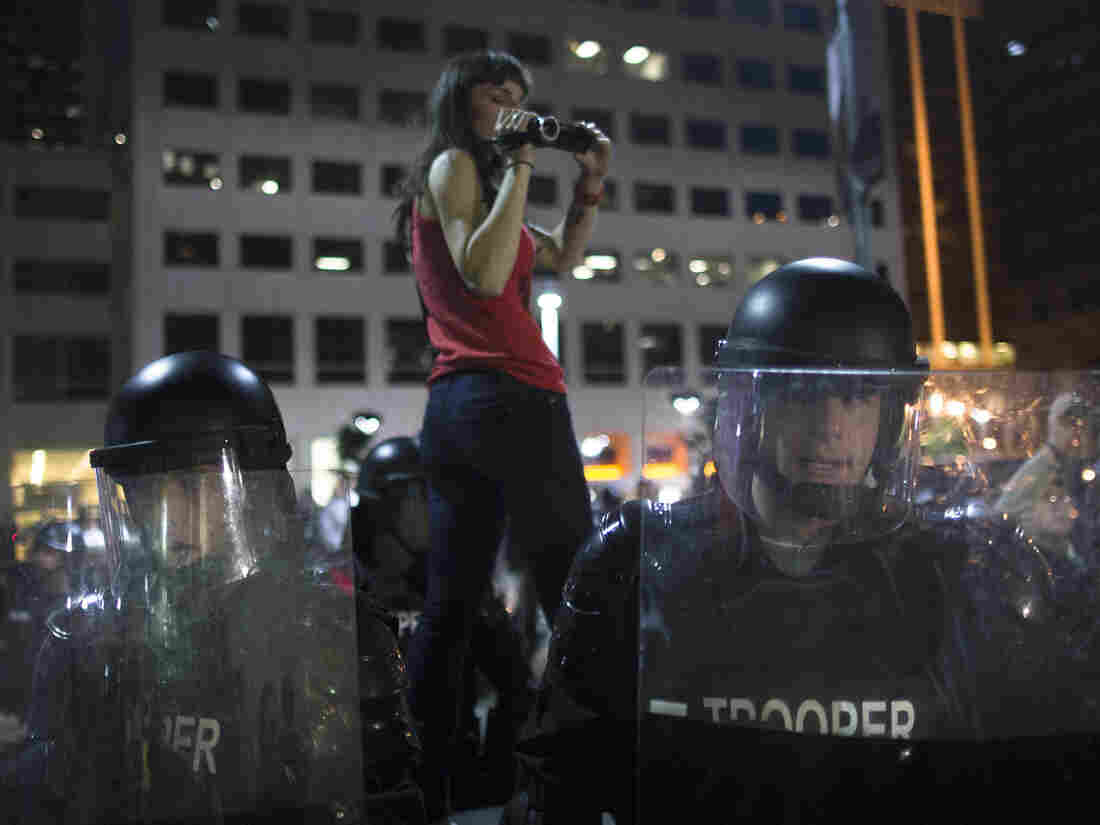 A protester films riot police Saturday as they advance on a small march against the acquittal of Michael Brelo, a Cleveland patrolman charged in the shooting deaths of two unarmed suspects. John Minchillo/AP hide caption 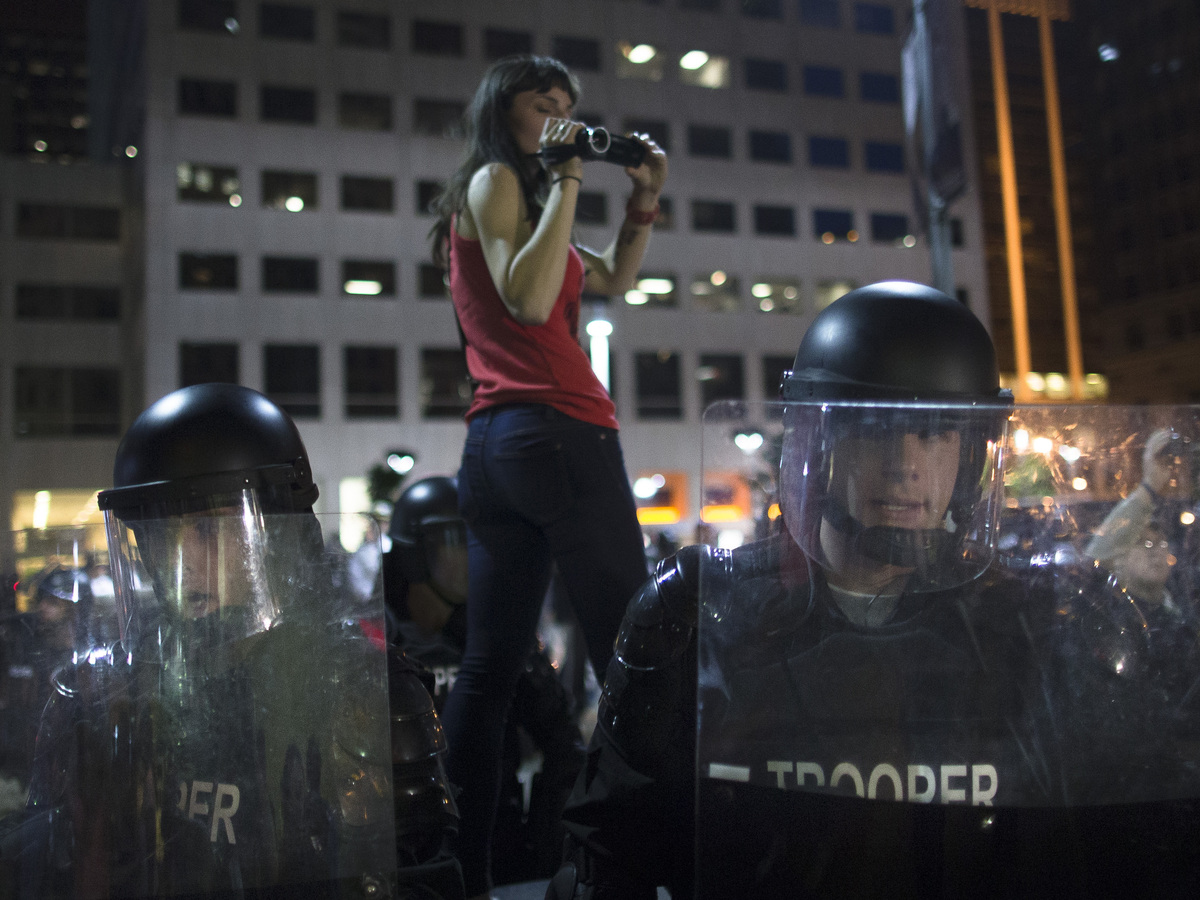 A protester films riot police Saturday as they advance on a small march against the acquittal of Michael Brelo, a Cleveland patrolman charged in the shooting deaths of two unarmed suspects.

Cleveland police in riot gear made a number of arrests Saturday night, as protesters poured into the streets, angry over the acquittal of a patrolman charged in the shooting deaths of two unarmed suspects.

Reuters says a total of 71 arrests were made.

Demonstrators chanting anti-police slogans temporarily blocked a downtown street and gathered outside the courthouse, the Associated Press reports. "Police blocked furious protesters from going inside while across the city others held a mock funeral with some carrying signs asking, 'Will I be next?' " says the AP.

Police tweeted that officers made multiple arrests, including three in the downtown dining area, where a restaurant patron was injured by an object thrown through the window.

The verdict was for the Saturday morning on a holiday weekend to prevent traffic issues downtown, the county's top judge told AP.

As the Two-Way's Scott Neuman reported, a judge handed down a verdict of not guilty on two counts of voluntary manslaughter against a Cleveland officer charged in the 2012 deaths of Timothy Russell and Malissa Williams — unarmed suspects who were caught in a 137-shot hail of police gunfire following a high-speed chase.

"In summary, I find that the state did not prove beyond a reasonable doubt that the defendant Michael Brelo caused the deaths Timothy Russell and Malissa Williams because the essential element of causation was not proved for both counts," said Judge John P. O'Donnell.

"In a nearly hour-long verdict, O'Donnell cited testimony from a doctors for the prosecution and defense, saying he believed that while Brelo had delivered at least one fatal shot to both Russell and Williams, it was impossible to determine beyond a reasonable doubt that Brelo's shots — and not those of a dozen other officers — were the ones that killed.

"O'Donnell, who began hearing testimony on April 6, also determined that Brelo's use of force was constitutionally reasonable."