Accessibility links
Police: Malaysia Uncovers 139 Mass Graves Believed To Hold Migrants : The Two-Way Most of the victims are believed to be Rohingya Muslims fleeing persecution in Myanmar. They are held until their families pay more money, which few can afford to do. 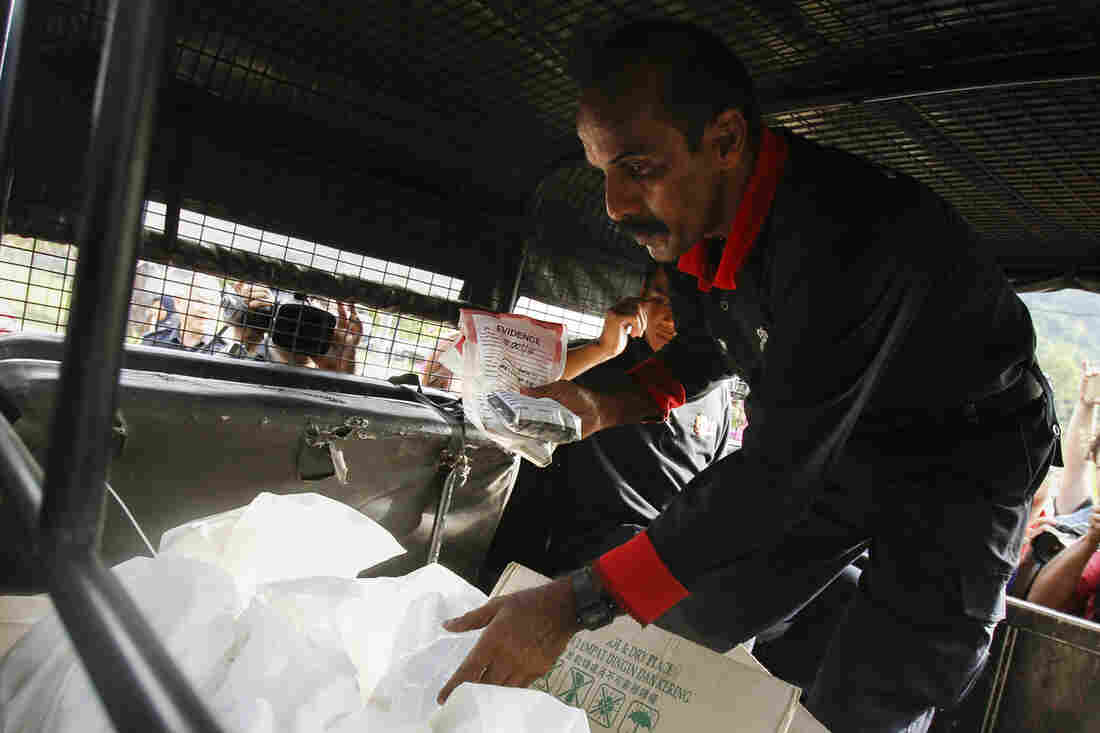 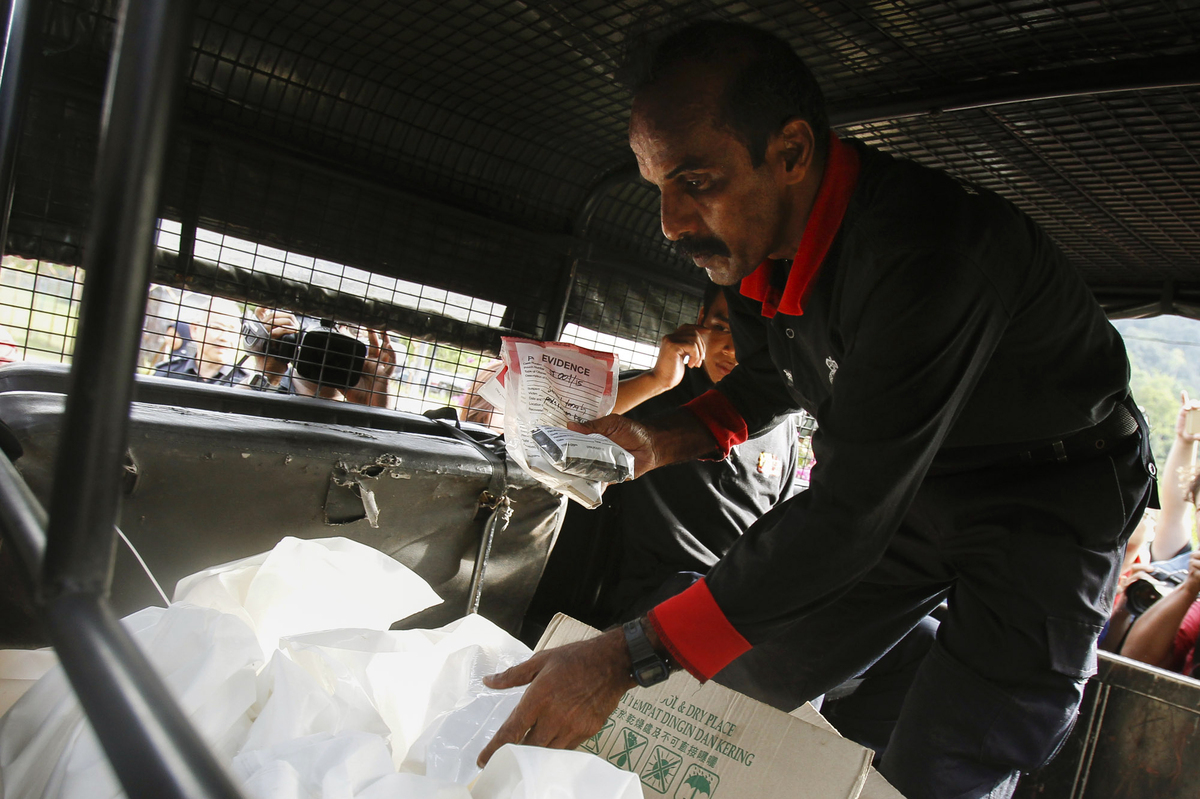 Police in Malaysia say they have uncovered more evidence of human smuggling, with the discovery of at least 139 graves along the country's border with Thailand.

The bodies were found in 28 abandoned forest camps that authorities believe smugglers built to hide migrants who are from Myanmar and Bangladesh. Refugees are sometimes held by smugglers until their relatives come up with more money.

"It is a very sad scene," Khalid told reporters at a police outpost in the town of Wang Kelian several miles from the camps, one of which appeared large enough to hold about 300 people. "I am shocked. We never expected this kind of cruelty."

The first mass graves of migrants were discovered earlier this month in southern Thailand. Rohingya migrants Burma typically travel by boat to Thailand, hoping to make their way to Malaysia, which is more tolerant of the Muslim refugees.

Autopsies conducted on those remains indicate the victims had starved to death or had died of disease. Investigators say the graves likely contain the remains of Burmese fleeing harsh conditions in Myanmar.

Rohingyas are considered one of the most persecuted minorities in the world. Though they have lived in Myanmar for generations, they are denied citizenship and are segregated from the rest of the population in Rakhine state. Many are prevented from holding jobs, traveling or even marrying.

The United Nations estimates that more than 100,000 Rohingya have fled since clashes in 2012 between Myanmar's Buddhist community and the Rohingya minority. They usually leave in overcrowded boats and, amid a region-wide crackdown on human traffickers, are increasingly abandoned on the high seas. As no country in the region wants them, they are prevented from landing. The Thai Army has been known to tow refugee boats out to sea and set them adrift.

After images of starving migrants adrift in the seas off Southeast Asia emerged this month, several countries loosened their stands on helping survivors. Malaysia and Indonesia have agreed to temporarily take in migrants at sea. Thailand refuses to allow migrant boats to land, but will now allow its navy to assist with medical needs.

Though many refugees have been rescued since the change in policy, the United Nations High Commissioner for Refugees estimates that more than 3,500 migrants are still at sea in perilous conditions.