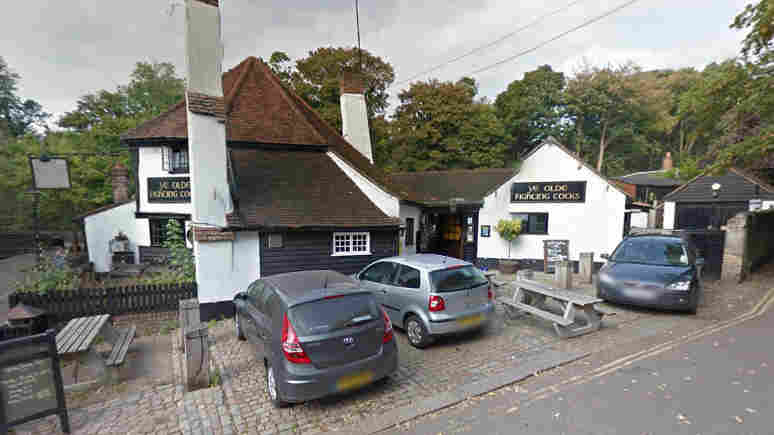 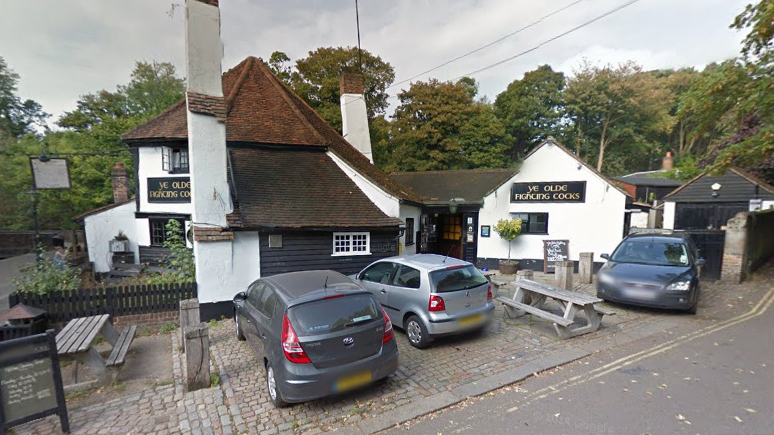 It's believed to be the oldest pub in England — but now Ye Olde Fighting Cocks is facing a call to change its name. Citing modern society's compassion for the birds, the UK's People for Ethical Treatment of Animals suggests an alternate name: Ye Olde Clever Cocks.

"We wrote to the pub owners asking them to consider changing the establishment's name to Ye Olde Clever Cocks — in recognition of society's growing compassion for animals and in celebration of intelligent, sensitive chickens."

The owners of the pub that has roots in the eighth century say they won't be changing its name. Ye Olde Fighting Cocks is in St. Albans, northwest of London.

"Every time someone comes in to this pub, they are being exposed to a bit of the country's history and we celebrate the fact that cock fighting was abolished more than 150 years ago.

"From the feedback we have received we can see that our customers from wherever they are feel strongly that it's important to preserve our national identity as well as local history."

In its lengthy history, the pub has had at least two other names, including its original title of the Round House. After cockfighting was banned in 1849, the pub was called The Fisherman — but that change was relatively short-lived. In 1872, it was back to Ye Olde Fighting Cocks, according to the pub's website.

On the pub's Facebook page, its owner thanked customers for their support, summarizing the public's response as "1. History rocks 2. Pubs rock 3. Chicken jokes."

Mashable says, "Feedback on PETA's website ranged from 'you are all completely bonkers' to 'there are more important issues.' "

PETA says that even if the pub's not going to change its name, it wants to raise awareness of the plight of chickens, which it calls "one of the most abused animals on the planet."