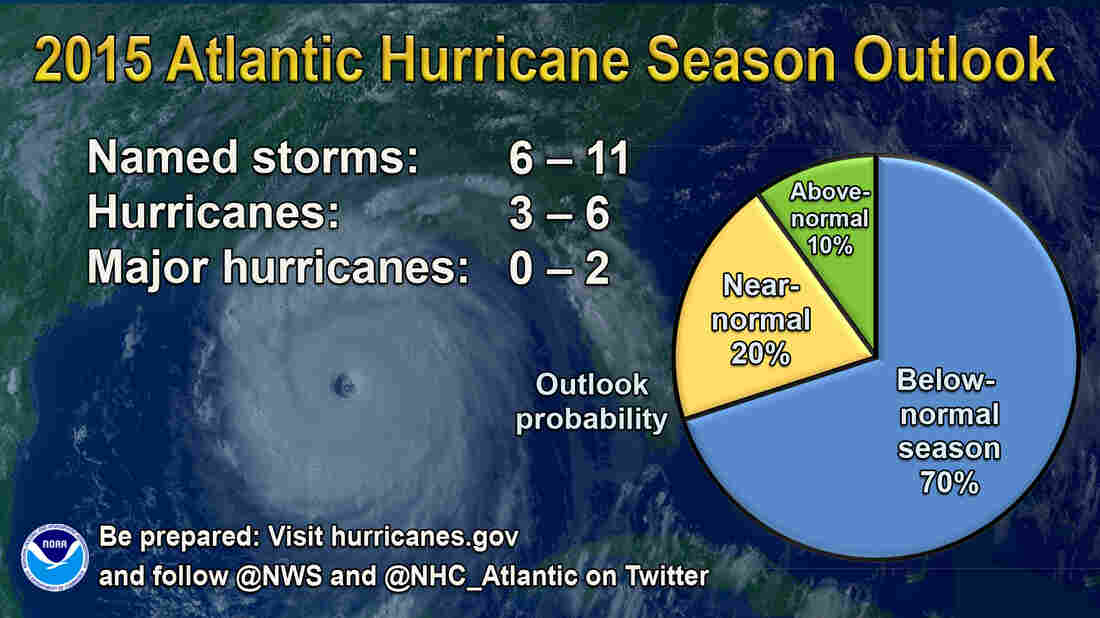 A graphic shows NOAA's prediction of between six and 11 named storms in the upcoming Atlantic hurricane season. NOAA hide caption 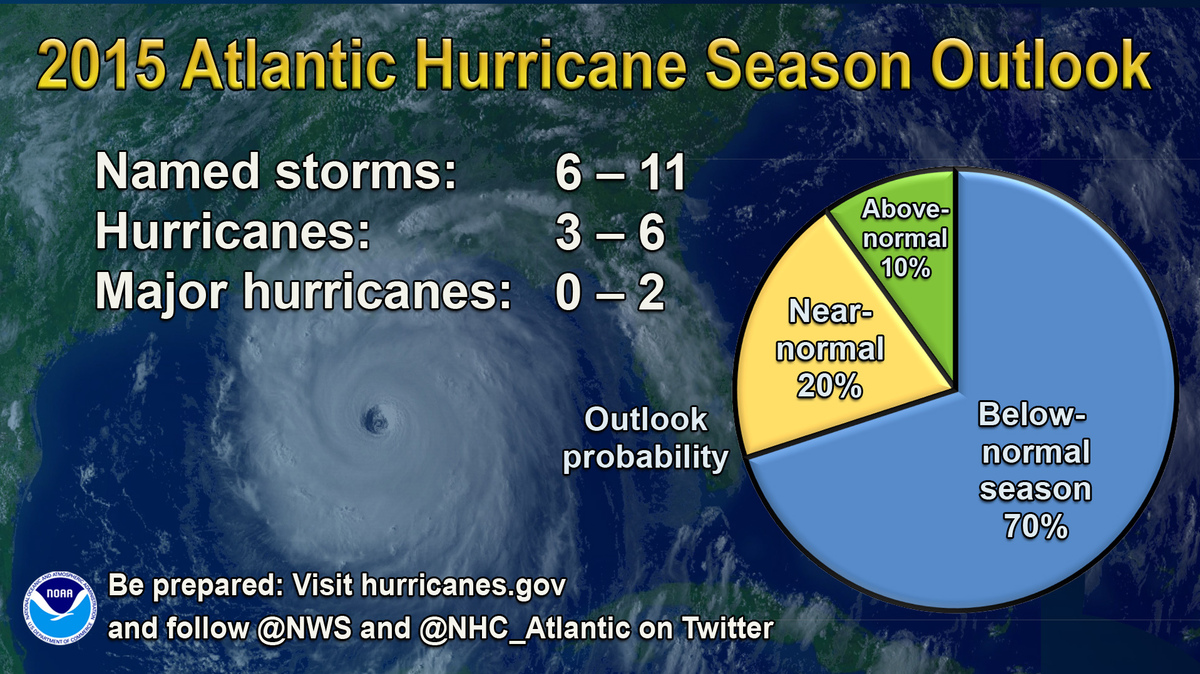 A graphic shows NOAA's prediction of between six and 11 named storms in the upcoming Atlantic hurricane season.

Even though its predictions call for a below-normal Atlantic hurricane season with six to 11 named storms this year, the National Oceanic and Atmospheric Administration says strong and devastating storms remain a possibility.

" 'A below-normal season doesn't mean we're off the hook. As we've seen before, below-normal seasons can still produce catastrophic impacts to communities," said NOAA Administrator Kathryn Sullivan, Ph.D., referring to the 1992 season in which only seven named storms formed, yet the first was Andrew — a Category 5 Major Hurricane that devastated South Florida."

NOAA made its announcement days ahead of the official start of hurricane season, on June 1. The agency also unveiled new forecast graphics that are more detailed and highlight threats posed by potentially deadly storm surges.

Some of the changes provide more detail for charts that predict storms' movements.

Forecast improvements: Katrina in 2005 vs what the cone would look like in 2015 #hurricaneprep pic.twitter.com/9LxMbHkvep

"Storms get names when wind speeds top 39 miles per hour. NOAA says up to two of this season's could be major hurricanes, with winds of 111 miles per hour or higher. El Nino winds are strong this year, and those can break up storms or keep them from forming.

"But FEMA's Joe Nimmich says anyone living in a hurricane zone should not be complacent.

" 'You can't just say, I'm not leaving unless it's a Category 3,' Nimmich says, because that Category 1 — Sandy entered New York as a Category 1.'

"NOAA also rolled out new warnings and graphics about storm surge — the water pushed ashore by hurricanes and tropical storms that's the major cause of loss of life."