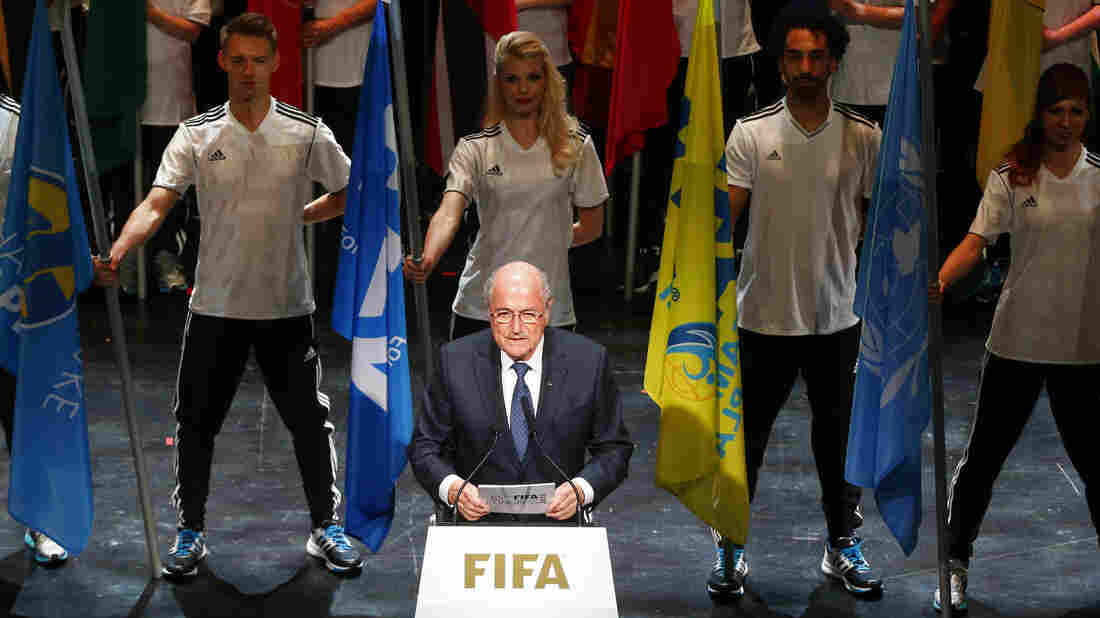 FIFA President Sepp Blatter addresses the audience at the opening ceremony of the 65th FIFA Congress in Zurich on Thursday. The leader of soccer's governing body has rejected calls to resign. Arnd Wiegmann/Reuters /Landov hide caption 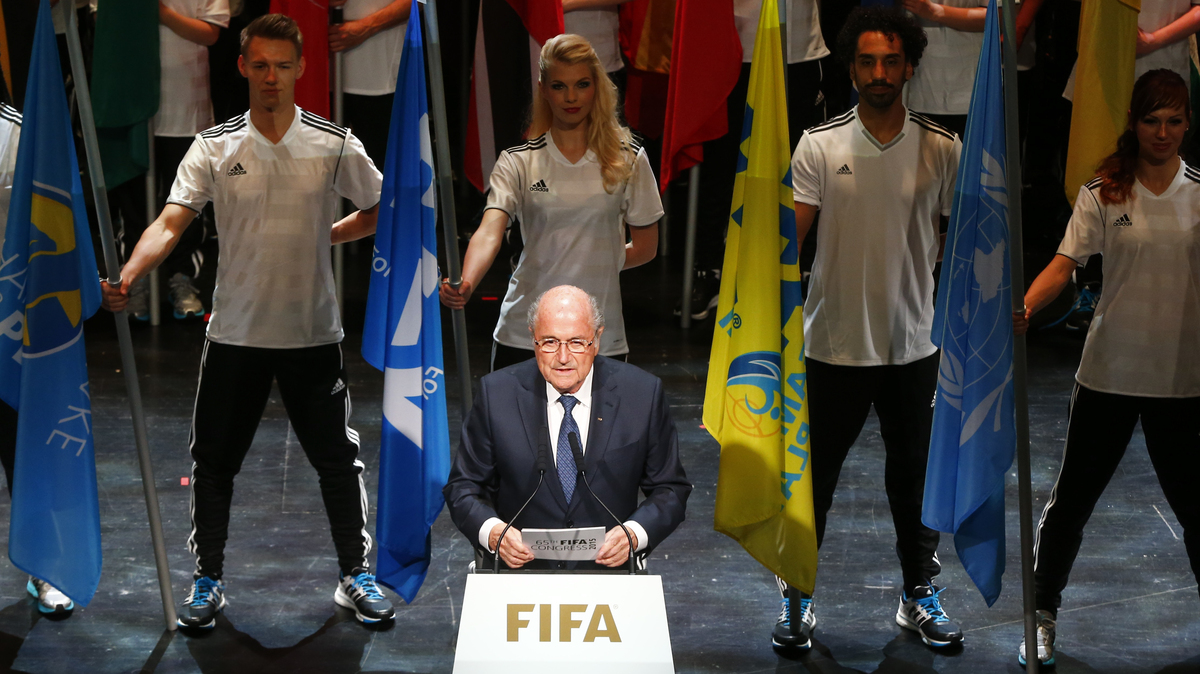 FIFA President Sepp Blatter addresses the audience at the opening ceremony of the 65th FIFA Congress in Zurich on Thursday. The leader of soccer's governing body has rejected calls to resign.

Embattled FIFA President Sepp Blatter is speaking at the beginning of the 65th Congress of soccer's worldwide governing body. Blatter faces a re-election vote Friday, in the face of new corruption and bribery charges against senior members of FIFA.

"These are unprecedented and difficult times for FIFA," Blatter said. "The events of yesterday have cast a long shadow over football and over this league's congress."

It was a somber opening to FIFA's meeting of international sporting bodies, an assembly that was celebrated with flag-bearers and other pageantry.

Speaking a day after authorities arrested two vice presidents and several other senior FIFA officials, Blatter said the charges of widespread corruption "bring shame and humiliation on football and demand action and change from us all."

Blatter spoke hours after UEFA's President Michel Platini said that he has asked the FIFA chief to resign — and that he is backing Blatter's opponent. Those calls have not swayed Blatter, who addressed the scandal Thursday only to say that corruption won't be allowed.

"We cannot allow the reputation of football and FIFA to be dragged through the mud any longer," Blatter said. "It has to stop here and now."

Acknowledging that many have blamed him for the scandal that broke this week, Blatter said that those who were breaking rules and laws had been hiding their actions.

"I cannot monitor everyone all of the time," he said. "If people want to do wrong, they will also try to hide it."

Promising to cooperate with authorities to root out "anyone involved in wrong-doing, from top to bottom" in FIFA, Blatter said, "There can be no place for corruption of any kind."

Toward the end of his brief address, Blatter told the audience, "We have lost their trust" — speaking of the sport's fans — "and we must earn it back."