Accessibility links
Death Toll In Texas, Oklahoma Floods At 28 : The Two-Way The region is expecting more rain and officials warn that the Colorado River at Wharton could crest today, causing even more flooding in what has been the wettest May on record for the state. 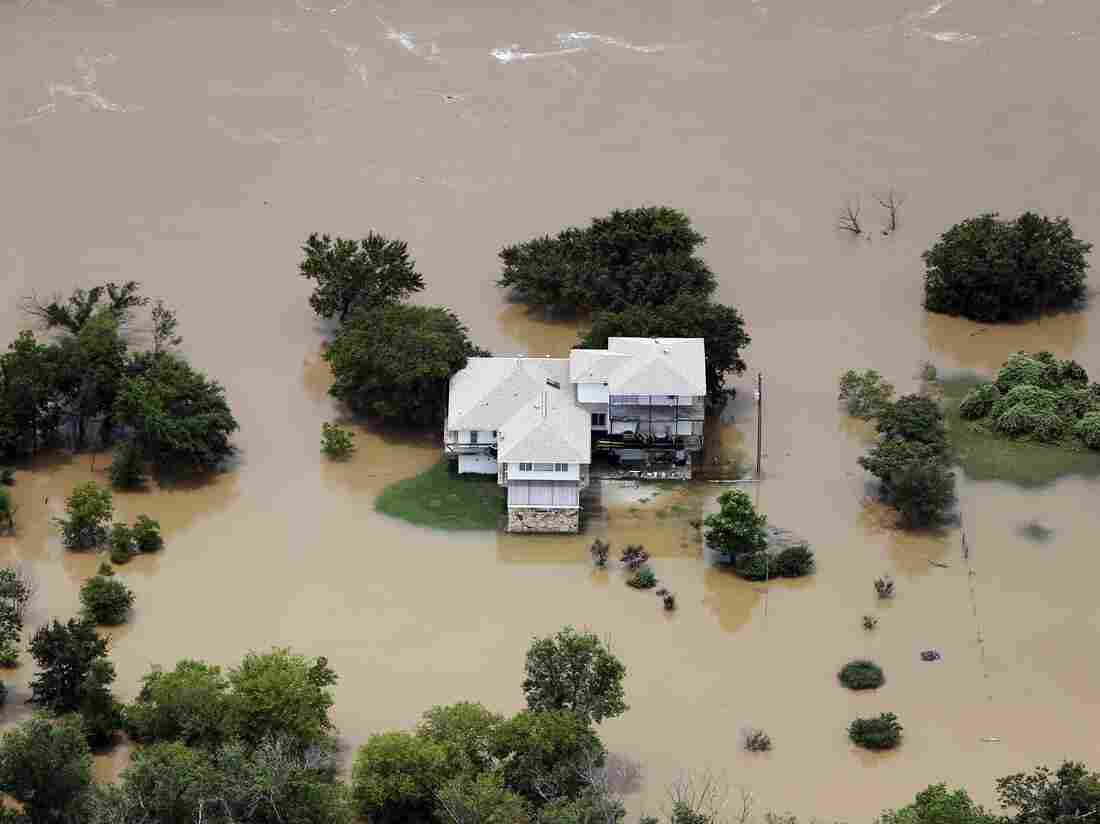 Flood waters from the Brazos River encroach upon a home in the Horseshoe Bend neighborhood in Weatherford, Texas, on Friday. Brandon Wade/AP hide caption 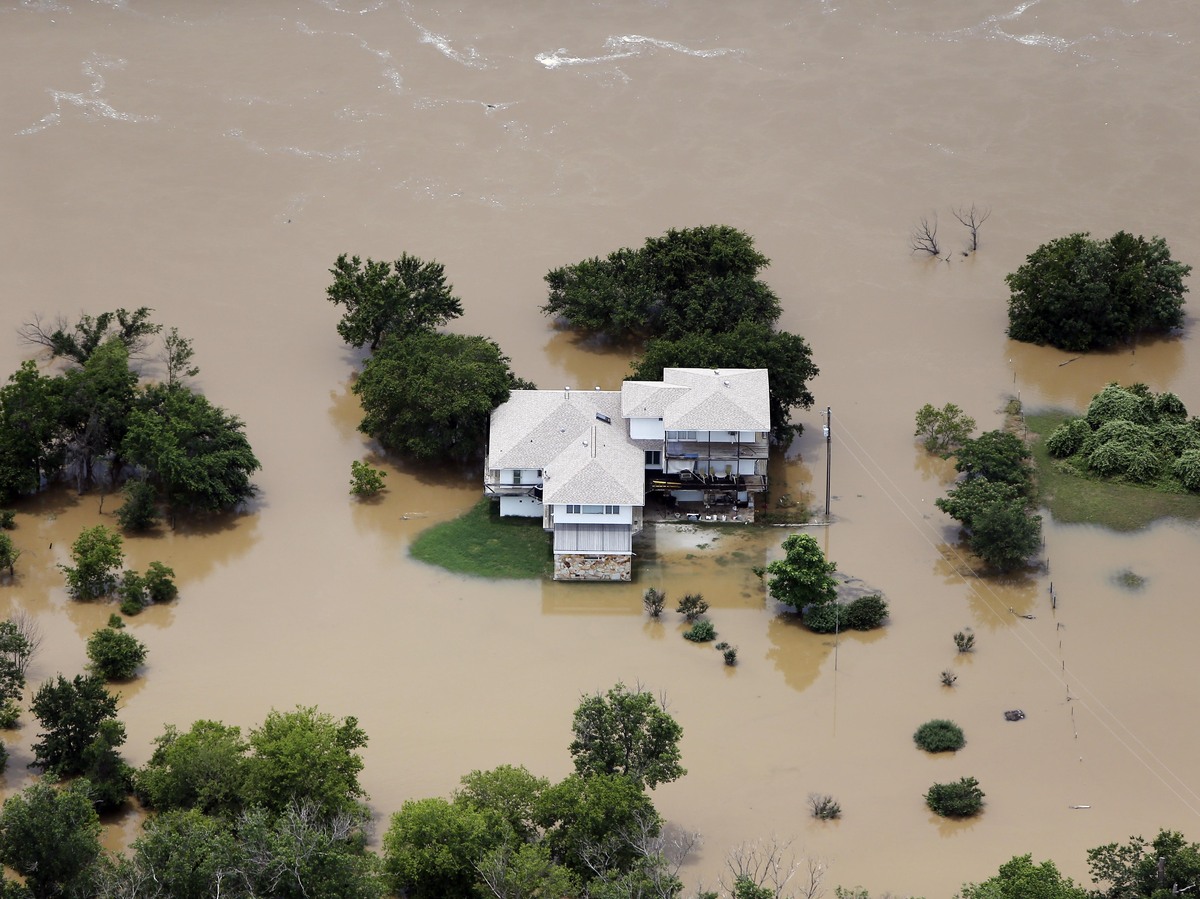 Flood waters from the Brazos River encroach upon a home in the Horseshoe Bend neighborhood in Weatherford, Texas, on Friday.

Officials are warning of more rain this weekend in Texas and Oklahoma, compounding severe flooding in the region that began last weekend and has been blamed for the deaths of at least 28 people.

Forecasters warn that the Colorado River at Wharton, Texas, could crest today, causing major flooding in that area. It is the wettest May on record for the state.

Meanwhile, volunteers searched the banks of the Blanco River in Central Texas, searching for people missing days after a vacation house was swept away, according to The Associated Press.

So far, 24 deaths have been reported in Texas and 11 people were still missing early Saturday.

"Rivers and lakes around Houston, San Antonio and Dallas have all swelled — and the flooding may not let up, with forecasters predicting more rain this weekend.

"A church in Wimberley, a small tourist town about 20 miles northwest from where Baker's group was working, has become a meeting spot for volunteers who've come to help look for the missing in that area."

Curtis B. Beitel, president of the Texas Section of the American Society of Civil engineers, is quoted by Texas Public Radio as saying that the state has no centralized flood-control program, instead leaving that to local governments.

"Fundamentally, flood plain decisions are local property decisions," Beitel tells TPR's David Martin Davies. "And here in Texas, local property rights tend to have a very high priority. That's what has resulted in some of the decisions in the past to develop areas that are down close to the flood plain."