Accessibility links
Woman Turns 100 Without Any Family, But With Thousands Of Good Wishes : The Two-Way When word got out that England's Winnie Blagden would turn 100 on Sunday and had no living relatives, thousands of people sent cards and gifts.

Woman Turns 100 Without Any Family, But With Thousands Of Good Wishes

Woman Turns 100 Without Any Family, But With Thousands Of Good Wishes 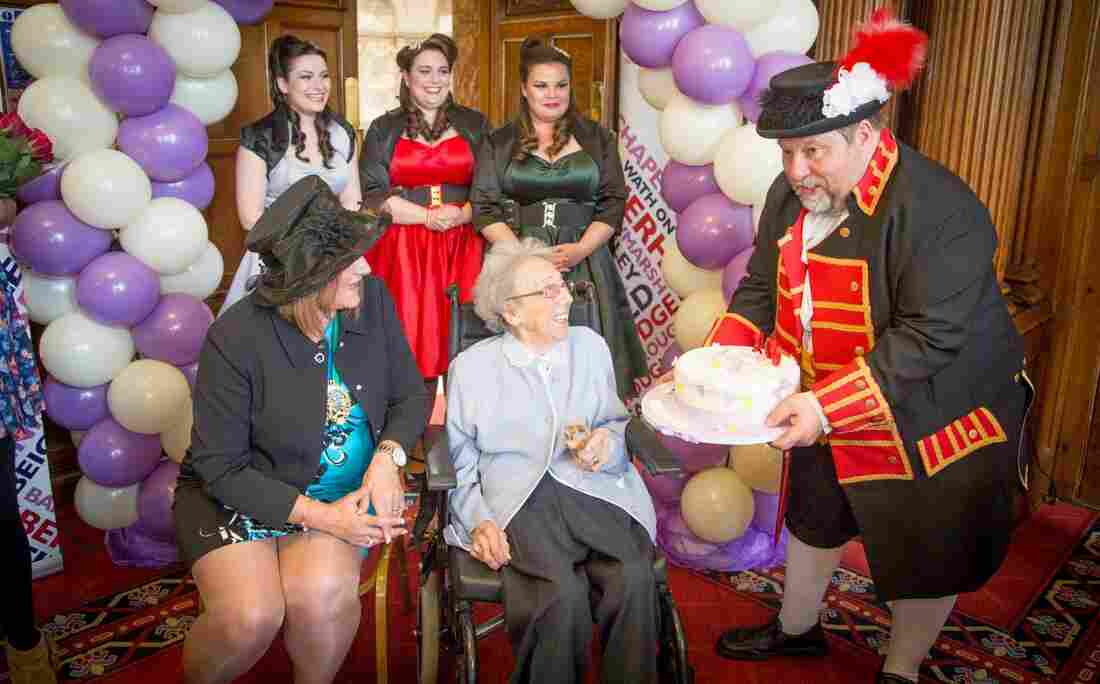 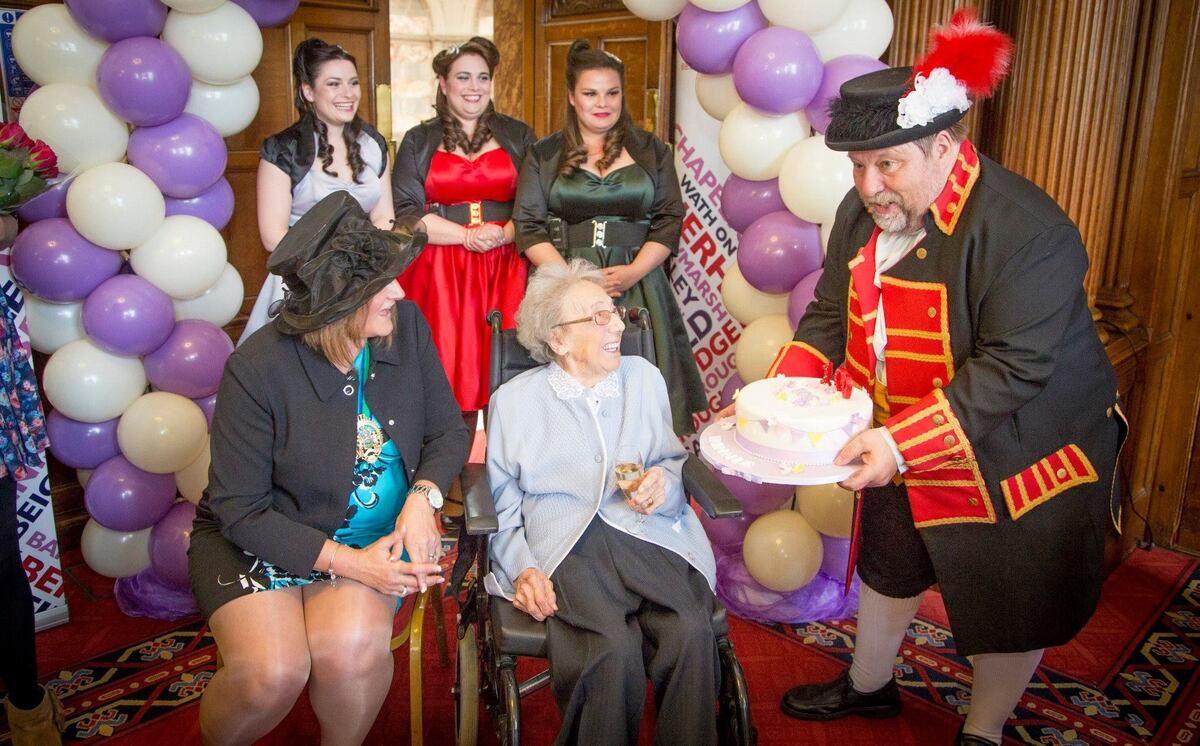 Before her surprise birthday party, Winnie Blagden said, "I'm not expecting anything marvelous, no."

Sunday was Winnie Blagden's birthday — and it was, despite her expectations, a big deal. When word got out that the English woman was about to turn 100 and had no living relatives, thousands of people sent cards and gifts.

The campaign to celebrate Blagden's 100th birthday was led by her local BBC radio station in Sheffield (she's a regular listener to the morning show). The station says its Facebook callout for birthday cards was seen some 6 million times since the effort began in the middle of May.

Blagden often listens to the station's morning show. Before delivering some cards and unveiling a large surprise party, the BBC's Ian Thomas asked the widow if she thought she might get any birthday cards this year.

"Well, there might be some. But I'm not expecting anything marvelous, no."

In the end, Blagden received 16,000 cards — the Royal Mail dropped off more than 10 bags of them. They were mixed in with gifts, including many boxes of chocolate.

"I just can't get over it," Blagden told BBC Radio Sheffield on Monday. "All this fuss."

More than 6 million people have seen the story of Winnie on our Facebook page and the appeal to make her 100th birthday special. She's been sent more than sixteen thousand birthday cards from all over the world. Today a surprise party was held for her at Sheffield Town Hall. BBC Look North's Ian White was there.

Some of the cards came from old friends who had fallen out of touch, and many came from around the world: Sweden, Singapore, the United States. The BBC reports that Queen Elizabeth II sent a card, as well.