Accessibility links
Former Texas Gov. Rick Perry Announces 2nd White House Bid : The Two-Way The Republican, whose 2012 run for president imploded after an "oops" moment during a televised debate, said it was "time to reset the relationship between government and citizen." 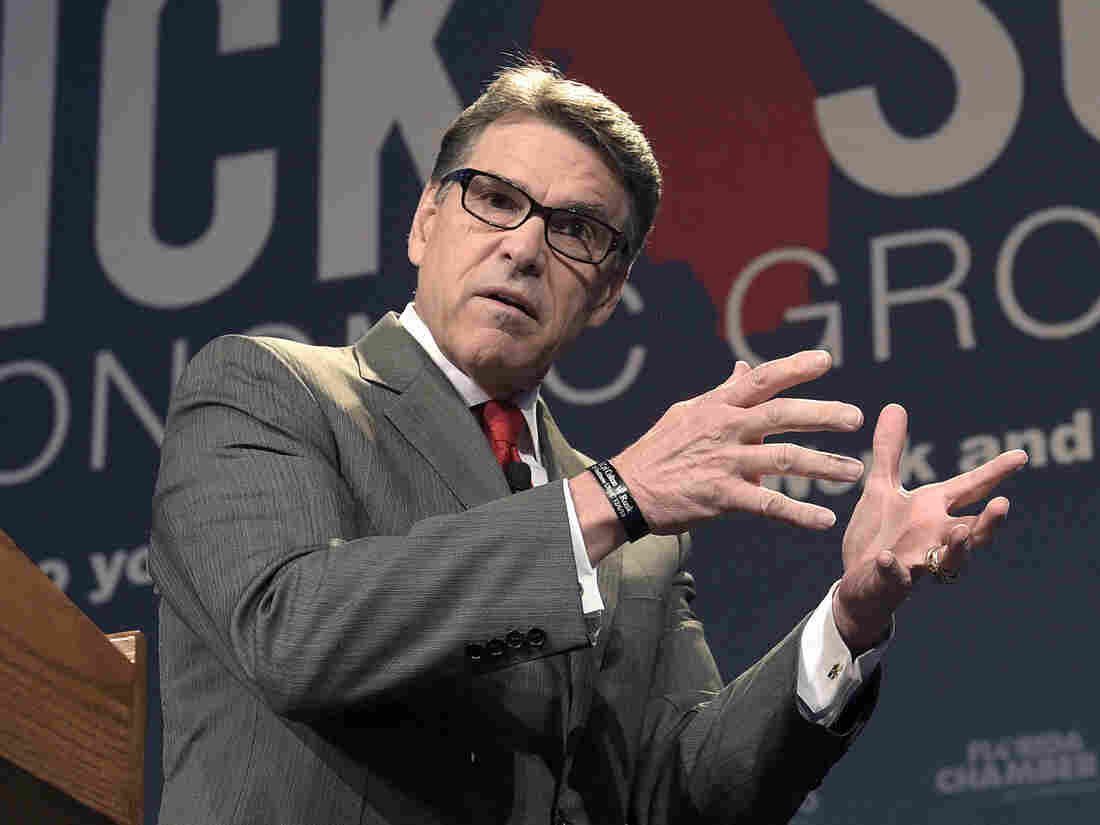 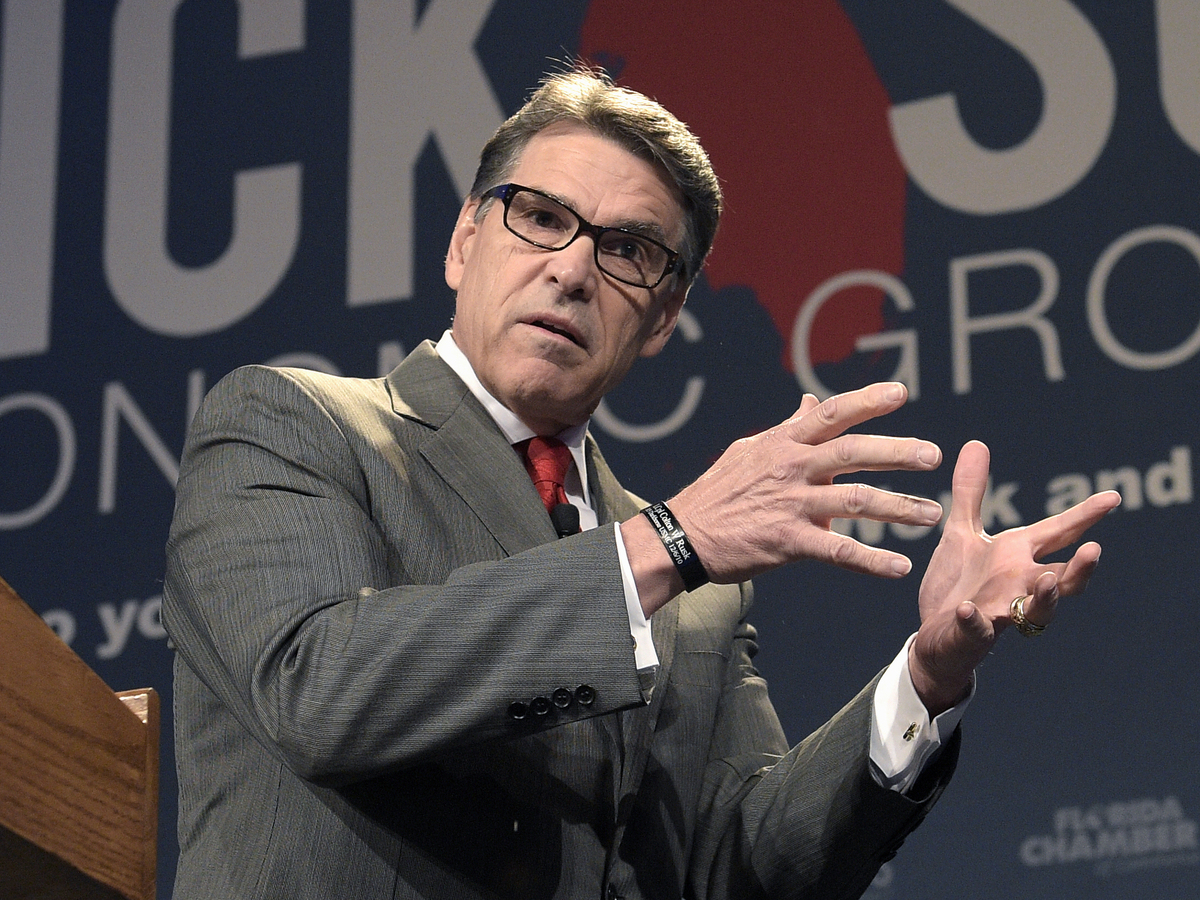 Rick Perry, the former governor of Texas and 2012 Republican candidate for president, formally announced a second bid for the White House.

At a rally in Addison, Texas, this afternoon, Perry told a group of supporters: "Today I am announcing that I'm running for the presidency of the United States of America."

He decried that "weakness at home has led to weakness abroad" and that "Our economy is barely growing."

"No decision has done more harm than the president's decision to withdraw troops from Iraq," Perry, the longest-serving governor in Texas' history, said.

It is "time to reset the relationship between government and citizen," he said.

He also promised, "on day one" if elected president to roll back Obama administration regulations and to approve construction on the Keystone XL Pipeline.

Perry, who is currently under indictment in his state's capital for abuse of power, formally announced hours after his website, RickPerry.org relaunched with a campaign logo and a slick video heavy on military imagery, in which the candidate touts his experience as governor (and as "someone that's been tested").

Perry, whose campaign four years ago imploded after a series of embarrassing gaffes culminating with the infamous "oops" moment during a televised debate, has been busy reshaping his image. NPR's Jessica Taylor, reporting last week from Iowa, where Perry was making an appearance, says he "looks more at ease" than during the previous campaign:

"[Gone] are the pressures of office, leaving the governor's mansion after 14 years this January. He now wears dark-rimmed glasses, which have become his trademark on campaign literature, and more comfortable dress shoes instead of cowboy boots.

"He talks of optimism and a time of new birth in America in his stump speech — but that, too, is what he needs to save his own political hopes. He's currently mired in low single digits in state and national polling."

"[Whether] Mr. Perry has done enough to repair the damage from his failed run in 2012 and to thrust himself out of the second tier of candidates he finds himself in remains unclear. Even in Texas, Mr. Perry has already lost crucial support to some of his rivals. Steve Munisteri, a former chairman of the Republican Party of Texas, has been heading up Senator Rand Paul's presidential campaign in Texas. Many of the grass-roots Tea Party activists in Texas have flocked to Mr. Cruz, while some of those in the more mainstream Texas Republican establishment are supporting Mr. Bush, whose son, George P. Bush, is the state's new land commissioner."