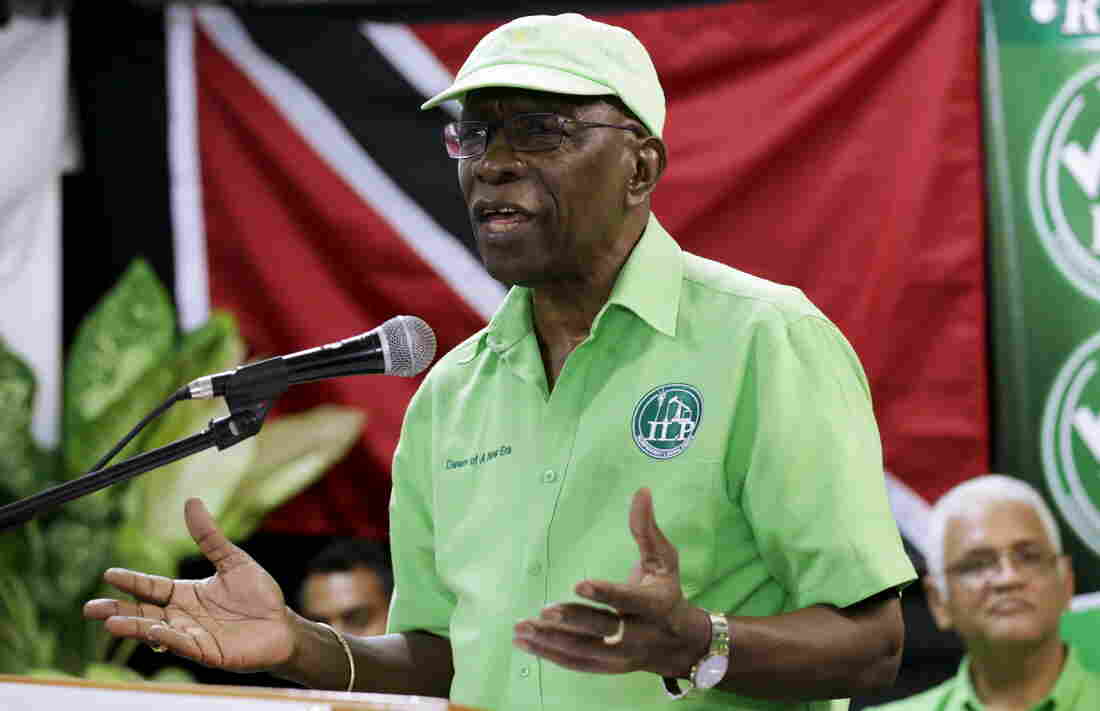 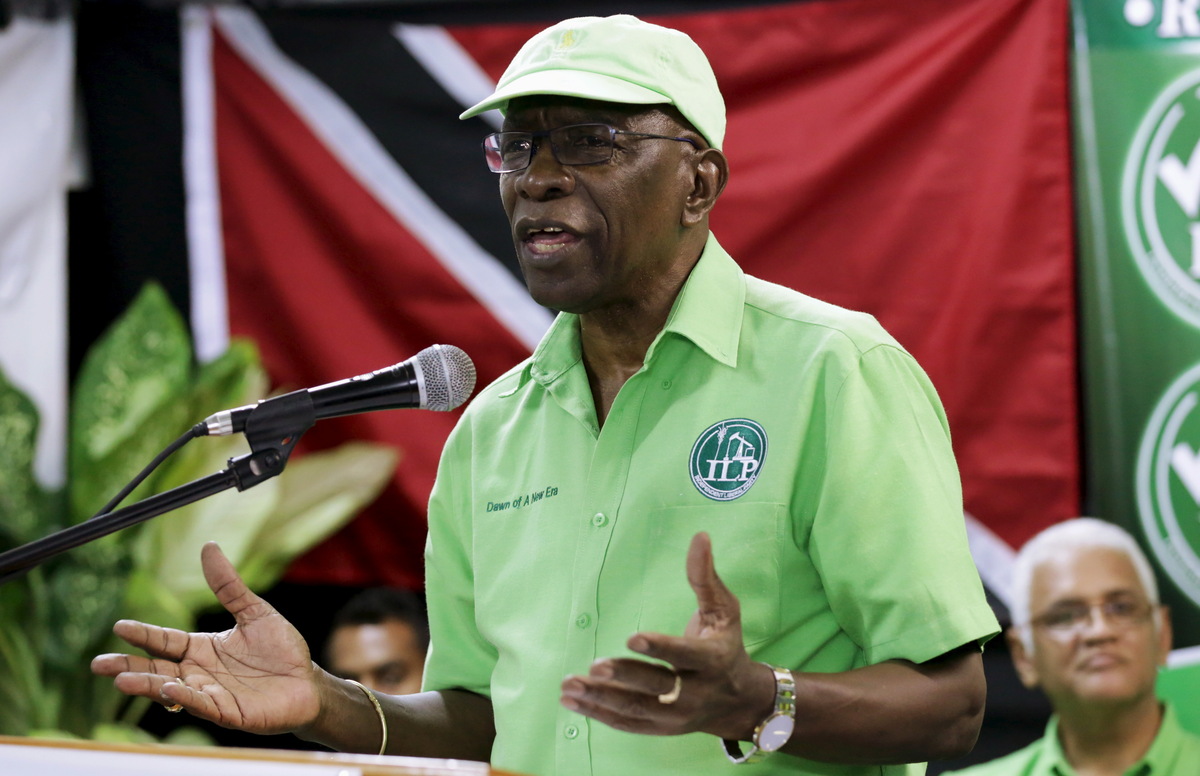 In a televised address titled "The Gloves Are Off," former FIFA Vice President Jack Warner says he told his lawyers to contact law enforcement, and that he has proof FIFA and its leader, Sepp Blatter, influenced Trinidad and Tobago's election in 2010.

Warner, who posted bail after being arrested over U.S. bribery charges last week, said he has deep knowledge about financial practices of soccer's world body, which faces a widening corruption scandal. On Wednesday, Interpol placed his name on its "red notice" list.

"I will no longer keep secrets for them who now seek to actively destroy the country in which I live," Warner said, adding that the international image of his native Trinidad is under attack.

He said he has collected information based on his own financial dealings with FIFA, as well as "my knowledge of financial transactions at FIFA — including, but not limited to, its president, Mr. Sepp Blatter."

For the length of the nearly eight-minute video, piano music that might best be described as portentous played in the background.

#JackWarner's address to the nation.

The speech came on the same day that previously sealed testimony from former FIFA executive Chuck Blazer was released, in which Blazer describes how bribes influenced the World Cup host nation selection process and the awarding of broadcast rights, among other matters.

Warner said he has turned over an "avalanche" of documents and records and that he has told his lawyers to contact law enforcement agencies in Trinidad and beyond.

The New York Times reports: "Mr. Warner's sons, Daryan and Daryll, are also cooperating with the authorities, having secretly pleaded guilty in 2013 after they tried to deposit more than $600,000 in nearly two dozen United States bank accounts in an attempt to avoid detection."

At a public rally last night, Warner said, "Not even death will stop the avalanche that is coming," according to Trinidad's TV 6. "The die is cast. There can be no turning back. Let the chips fall where they fall."

Warner also claimed to know why Blatter decided to resign Tuesday, just days after he was elected to a fifth term.

"Blatter knows why he fell. And if anyone else knows, I do," Warner is quoted as saying by TV 6.

"I reasonably and surely fear for my life," Warner said. "I have, as promised, compiled a comprehensive and detailed series of documents, including checks and corroborated statements, and have placed them in different and respected hands."

Saying that he cannot retract those records, Warner noted that "there can be no turning back."

Warner is a political leader in Trinidad, and a large part of his speech focused on the country's political scene.

"I apologize to the people of Trinidad and Tobago for not disclosing my knowledge of these matters before," he said.

Warner has made headlines not only for his role in FIFA's scandal but for his citation of an article by The Onion as part of his defense. He played it safe this time around, quoting Gandhi as saying, "All through history, there have been tyrants, but in the end, they all fall."