Accessibility links
Burst Oil Pipeline In California Severely Corroded, Investigators Say : The Two-Way Preliminary findings show that almost half of a section of pipeline that ruptured last month near Santa Barbara was worn away. 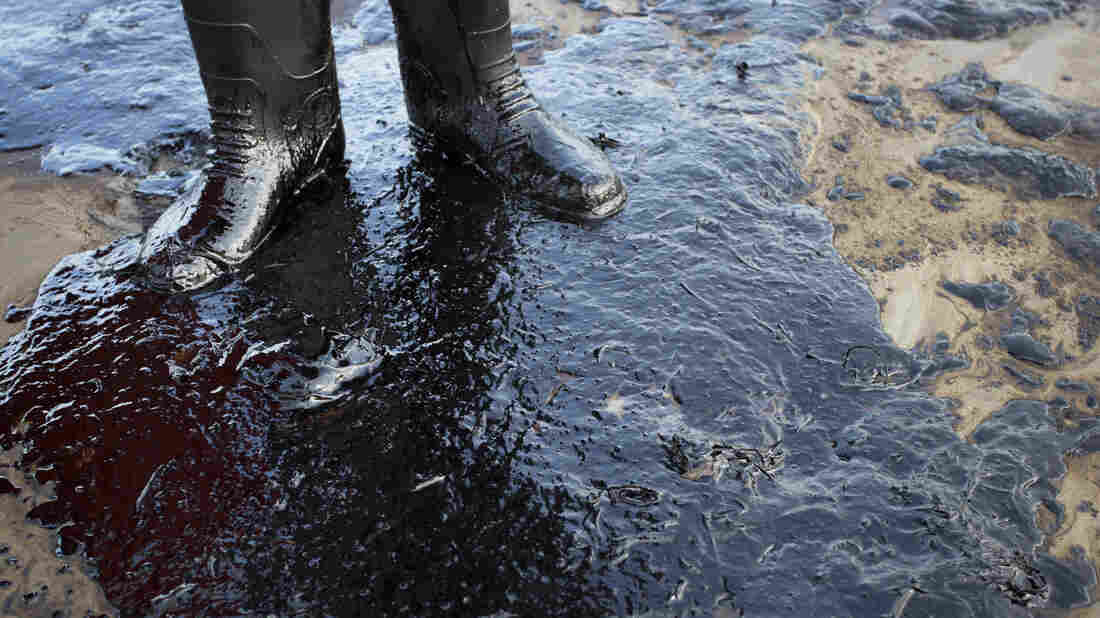 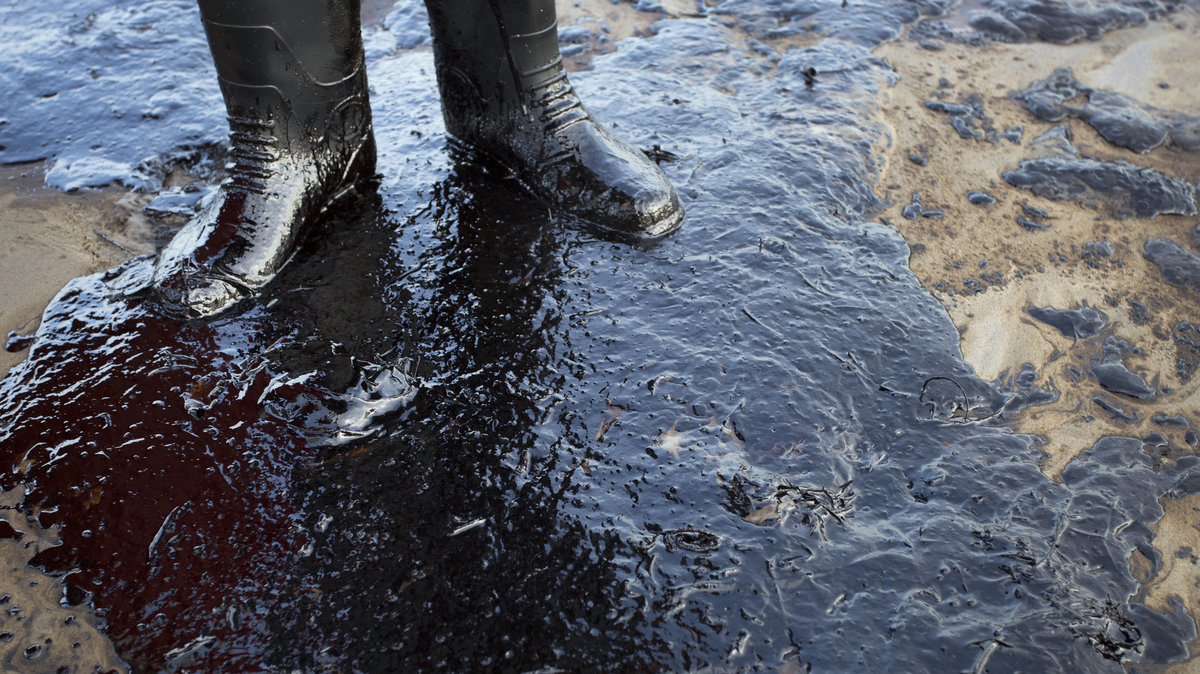 The pipeline that ruptured and spilled more than 100,000 gallons of crude oil along the California coastline near Santa Barbara last month was badly corroded, according to federal investigators.

According to the Los Angeles Times, experts say the corrosion itself may not have caused the rupture:

" 'That level of corrosion alone does not explain why the pipe failed,' said Richard B. Kuprewicz, a pipeline incident investigator with 40 years' experience who is not involved in this investigation. He said external corrosion is common and can be managed by adhering to a rigorous inspection and monitoring program.

" 'A 45% loss is not in itself a problem,' he said. 'But a prudent operator has to stay ahead of this kind of thing. It's called pipeline integrity management.' "

PHMSA has ordered the pipeline operator, Houston-based Plains All American Pipeline, to take corrective actions on another stretch of pipeline in the area. The Associated Press reports that the second line "had similar insulation and welds to the line that spilled oil last month. It cannot be started until the company completes a series of steps, including testing."

Meanwhile, member station KPCC reports that tar balls have been turning up on beaches south of where the pipeline burst:

"Though researchers have not yet found a link between the spill and the tar balls — oil seepages happen naturally along the coast — Plains All American Pipeline, owner of the burst pipe in Santa Barbara, has offered to foot the bill for some of the cleanup further down the coast.

" 'Until we know more, we're responding to this as though it were part of the Refugio incident,' said Plains spokesman Patrick Hodgins. 'We are committing our resources to do whatever is necessary to clean those beaches.' "

The pipeline company is being sued by a commercial fisherman, who says the leaked oil will cause decades of harm to the shore. According to the AP, 36 sea lions, 9 dolphins and 87 birds in the area have died. An additional 32 sea lions, 6 elephant seals and 58 birds were rescued and are being treated