Accessibility links
Saudis Shoot Down Scud Missile Fired By Houthi Rebels In Yemen : The Two-Way The Cold War-era rocket, which appeared to be targeted at a major air base in the kingdom's south, was brought down by Patriot missiles, officials say. 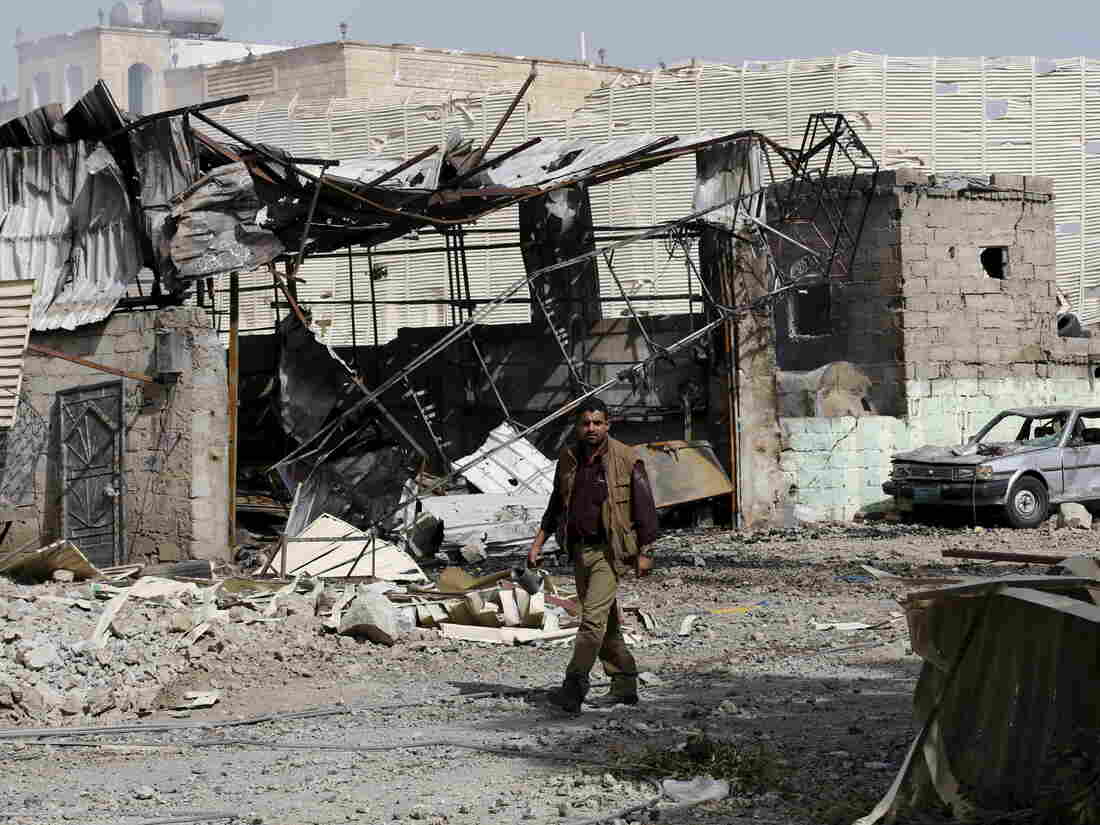 A man walks by a workshop damaged by an air strike on a nearby Scud missile base in Yemen's capital Sanaa in April. Khaled Abdullah/Reuters/Landov hide caption 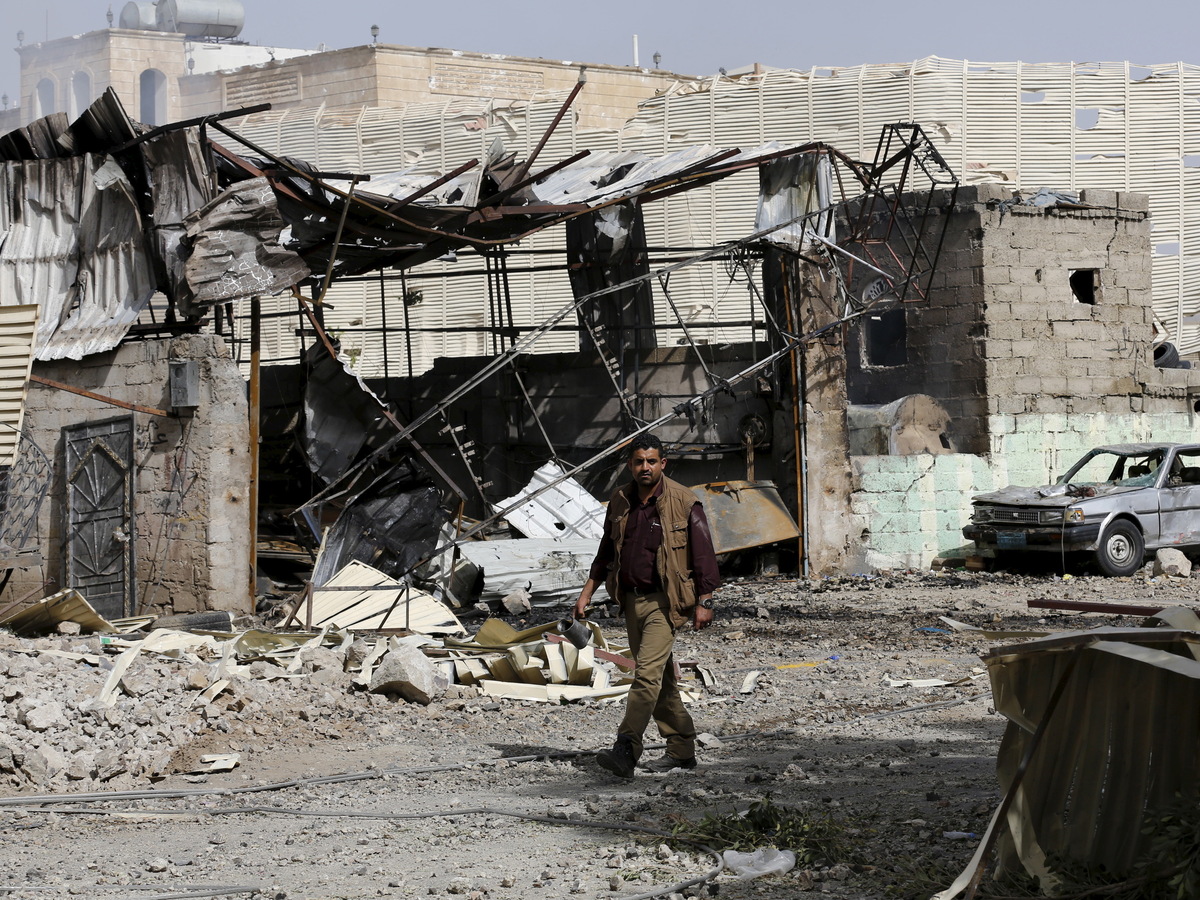 A man walks by a workshop damaged by an air strike on a nearby Scud missile base in Yemen's capital Sanaa in April.

Saudi Arabia shot down a Scud missile fired by Houthi rebels in neighboring Yemen that was targeted at one of the kingdom's largest air bases.

The thwarted rebel attack comes after three Saudi soldiers and a border guard were killed in an earlier border skirmish, she says.

Deborah says: "Saudi Arabia's punishing war in Yemen has moved to the Saudi border with anti-government Houthi rebels launching border attacks and, for the first time, firing a Scud missile early Saturday morning. The target was a southwest border city, home to the largest air force base in the kingdom."

Saudi Arabia leads a coalition of Arab states that have conducted airstrikes against Yemen's Iranian-backed Houthi rebels since March. The foiled Scud attack marks the first time the missile has been used by the rebels against Saudi Arabia; however, the Russian-built surface-to-surface rocket was used by factions in Yemen's civil war in the 1990s.

The official Saudi Press Agency says the Scud was aimed at the King Khalid Air Base, the largest air base in that part of the country. The Associated Press says Saudis on social media reported hearing air raid sirens go off around the city during the attack.