Accessibility links
Ronnie Gilbert, Clarion Voice Of Folk Band The Weavers, Dies At 88 : The Two-Way As a member of the influential folk group starting in 1948, her strong voice was an inspiration to later female singers in the genre. 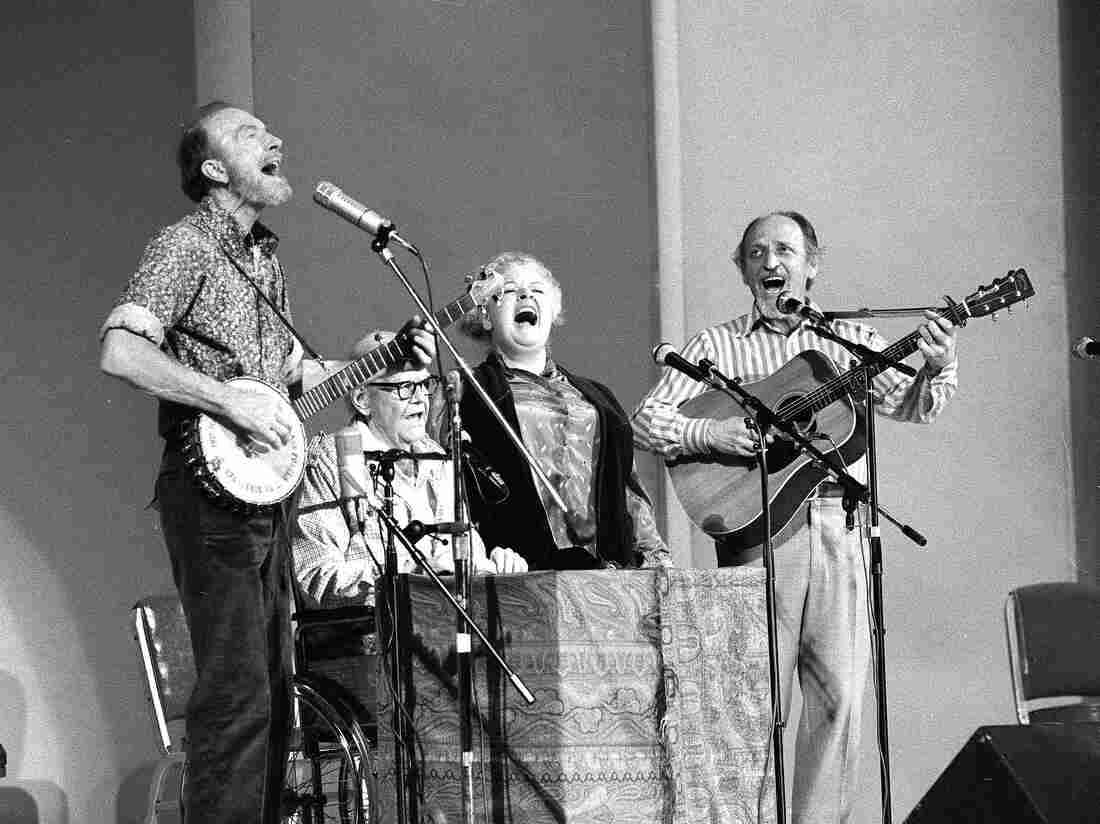 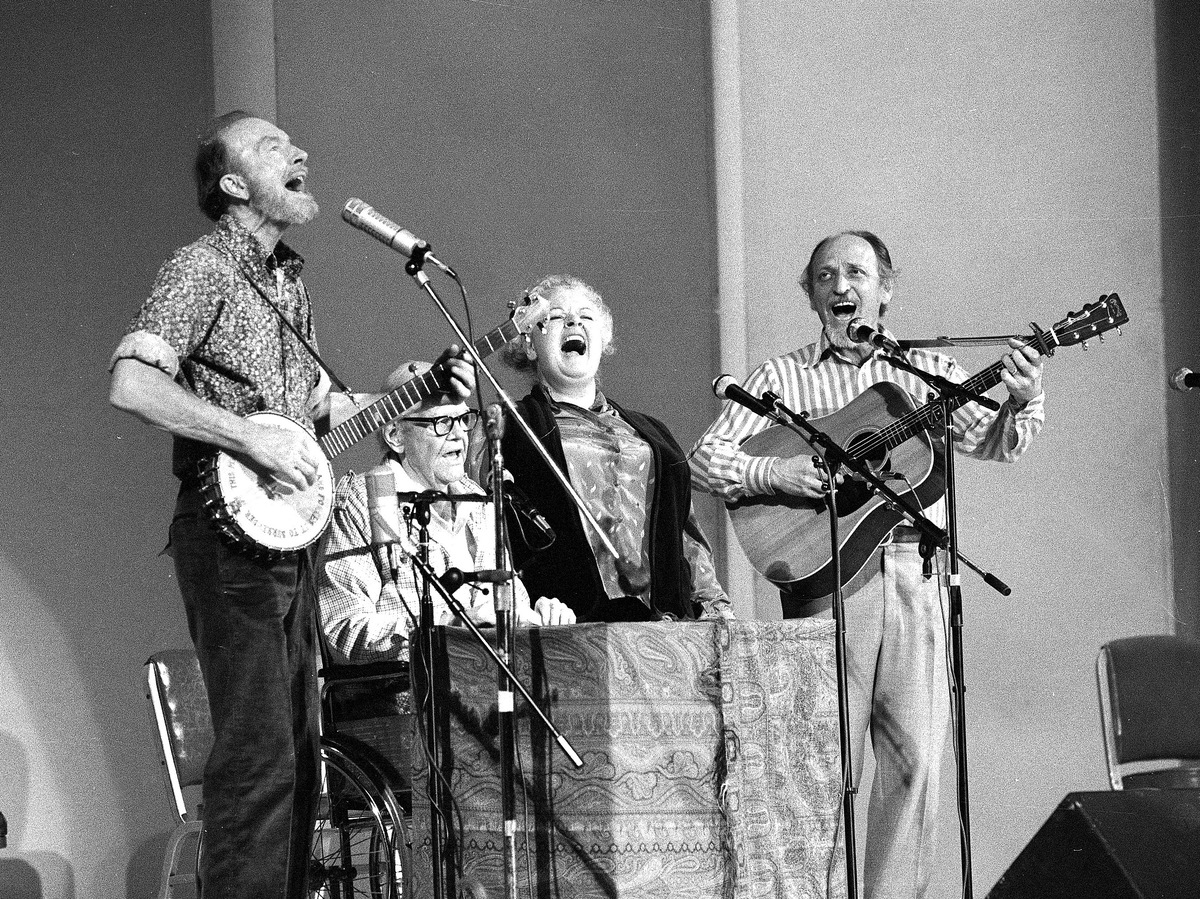 The Weavers, a folk group first organized in 1948, perform in a 25th Anniversary reunion concert at Carnegie Hall in New York City on Nov. 28, 1980. From left are: Pete Seeger, Lee Hays, Ronnie Gilbert and Fred Hellerman.

Gilbert died of natural causes on Saturday, at a retirement home in the San Francisco Bay Area suburb of Mill Valley, her longtime partner Donna Korones was quoted by The Associated Press as saying.

The four, with Gilbert singing contralto, came together in 1948 and are credited with a folk revival that helped spawn such performers as Bob Dylan, the Kingston Trio and Peter, Paul and Mary. But the group's leftist political views put them on the radar of the McCarthy-era anti-communist movement and the group lost their recording contract in 1951.

"We sang songs of hope in that strange time after World War II, when already the world was preparing for Cold War," Gilbert said in an interview in 1982 for the documentary The Weavers: Wasn't That a Time. "We still had the feeling that if we could sing loud enough and strong enough and hopefully enough, it would make a difference."

The New York Times labeled the group as "[like-minded] musicians with progressive political views" who performed "work songs, union songs and gospel songs, and became known for American folk standards like 'On Top of Old Smoky,' 'Goodnight, Irene' (first recorded by the blues singer Lead Belly), Woody Guthrie's 'So Long, It's Been Good to Know Yuh' and 'The Hammer Song' (a.k.a. 'If I Had a Hammer') by Mr. Seeger and Mr. Hays."

Gilbert "had a courageous voice: There was a tremendous sense of joy and energy and courage in her voice," wrote Mary Travers of Peter, Paul and Mary wrote in a booklet included in a boxed set of recordings by the Weavers. "She was able to be very gentle, too; she did wonderful ballads and lullabies and things; but there was that trumpet sound she had that I found very encouraging, because it said, oh, you too! You're not a misfit, there's somebody else out there with a big voice!"

After the quartet disbanded, Gilbert went to a solo career as a singer and stage actor.

The History Channel writes: "The Weavers enjoyed a significant comeback in the late 1950s, but the group never shook its right-wing antagonists. On the afternoon of January 2, 1962, in advance of a scheduled appearance on The Jack Paar Show, the Weavers were told by NBC officials that their appearance would be canceled if they would not sign a statement disavowing the Communist party. Every member of the Weavers refused to sign."