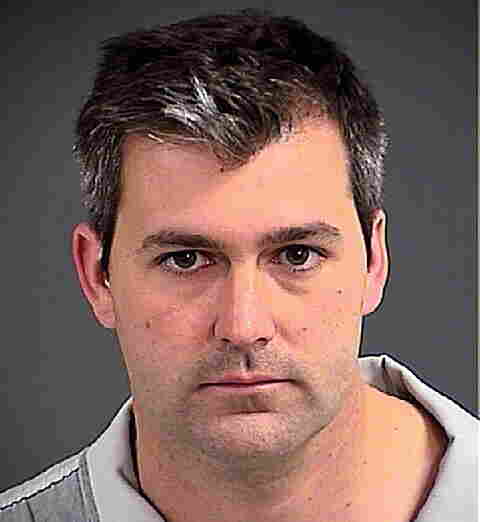 Michael Slager, a North Charleston, S.C., police officer, has been charged with murder in the killing of a black man who was running away from him. Charleston County Sheriff's Office hide caption

A former North Charleston, S.C., police officer was indicted Monday on murder charges in the killing of 50-year-old Walter Scott.

According to 9th Circuit Solicitor Scarlett Wilson, the indictment against Michael Slager was handed down by a grand jury Monday morning.

" 'The prosecution work has just begun,' Wilson said during a news conference. The solicitor said she just received the last part of the State Law Enforcement Division file this morning.

"Wilson said she thinks a jury in Charleston County can be impartial in making a decision in the case.

"Slager's attorney, Andy Savage, said the indictment is 'just another step in the process.' "

If you remember, the case came to national prominence when video of the incident shot by a bystander became public.

Slager had told investigators that he believed he had followed protocol when he shot Scott. But the video showed that Slager fired his weapon without a verbal warning and as Scott ran away from him.