Accessibility links
Apple Announces Music Streaming Service : The Two-Way The tech giant, whose iTunes store is the recording industry's largest retailer, finally unveiled its streaming service, which will cost $9.99 a month for unlimited access to music. 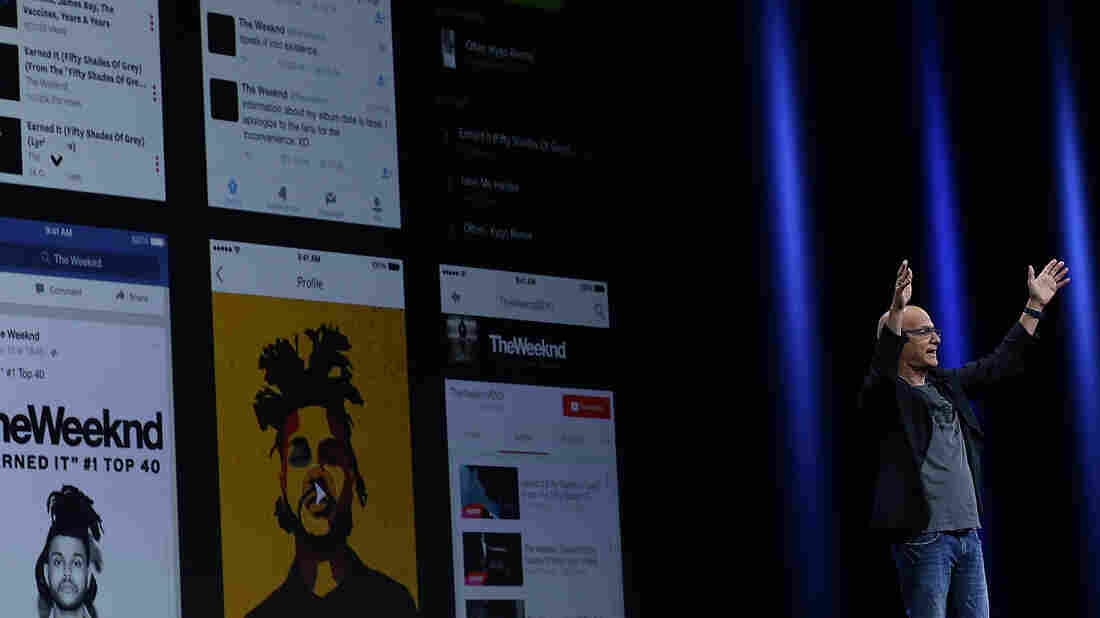 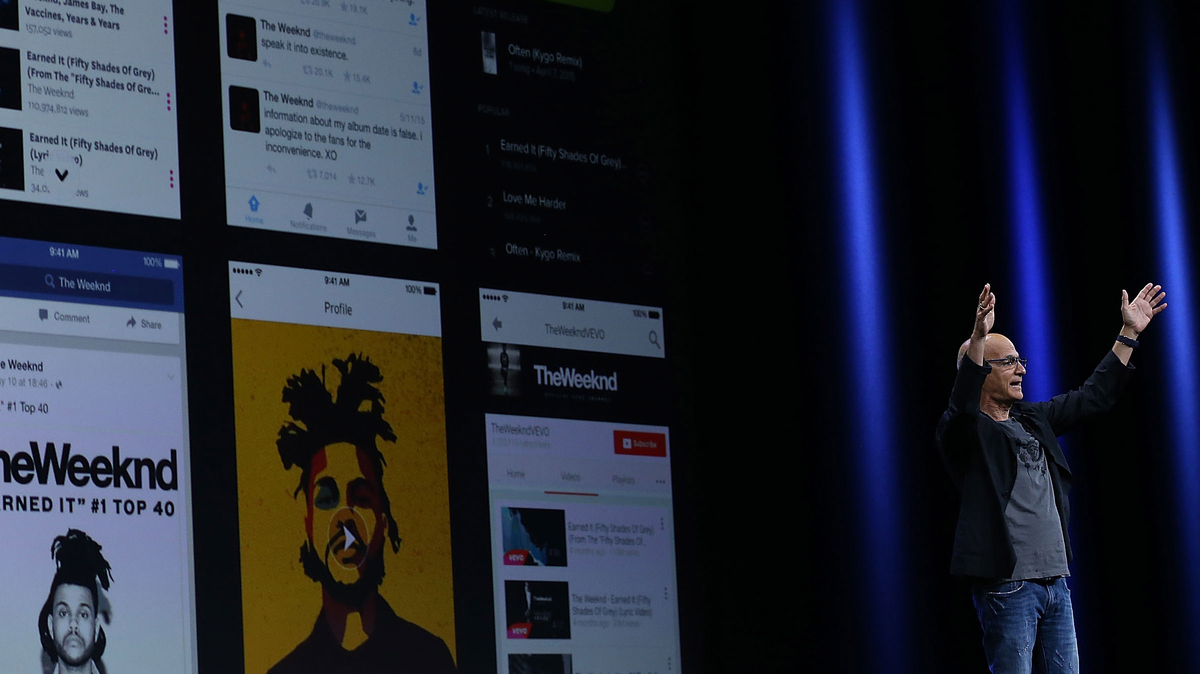 Apple has announced the launch of Apple Music, an app that adds a subscription streaming service to iTunes, the largest music retailer in the world.

The announcement, made at Apple's annual Worldwide Developers Conference, comes more than a year after Apple acquired Beats Music, the streaming service founded by Jimmy Iovine, Dr. Dre and Trent Reznor. Iovine and Reznor both appeared in the presentation to explain and introduce elements of the service, which will include a live, "24/7 global radio" station and a social media-like feature called "Connect" where musicians can directly upload content like lyrics, videos and photos.

Streaming At The Tipping Point

From the stage, Iovine, a longtime music executive employed by Apple since the acquisition of Beats, recalled the moment he first saw the iTunes store. It was a "simple, elegant way to buy music online" in an era when the recording industry had been decimated by file sharing, he said. But Apple Music is entering a playing field already crowded by other streaming services such as Spotify, Rdio, Pandora and Tidal.

As NPR's Laura Sydell, who was in the audience at the event, tweeted, Iovine characterized the current streaming ecosystem as confusing and overwhelming, and he positioned Apple Music as "a complete thought around music," a slightly awkward catchphrase later echoed in a video presentation by musician Trent Reznor. (That phrase might have been an oblique reference to the Beats Music feature The Sentence, in which users could create a playlist by describing their listening scenario. Get it? The Sentence ... a "complete thought." Oh well.)

#WWDC15 Jimmy Iovine says this is a way to organize the mess of music.

Announced after nearly two hours of presentations on how Apple's various operating systems will be updated in the coming year (promised developments: a new news app, open source programming language, Siri will be better, Maps will be better, Apple Pay continues to expand to more retailers), the introduction of the music service featured the participation of many well-known musicians including The Alabama Shakes, Pharrell Williams and The Weeknd, who performed a radio-ready new song.

Also part of the service, but relegated to a single mention at the end of the presentation, was the iTunes store itself, which Cook called "the best place to buy music." If you're still into that kind of thing.