Accessibility links
Solar Sail Unfurls In Space : The Two-Way A nonprofit has successfully tested technology that could one day be used to explore the solar system on a budget. 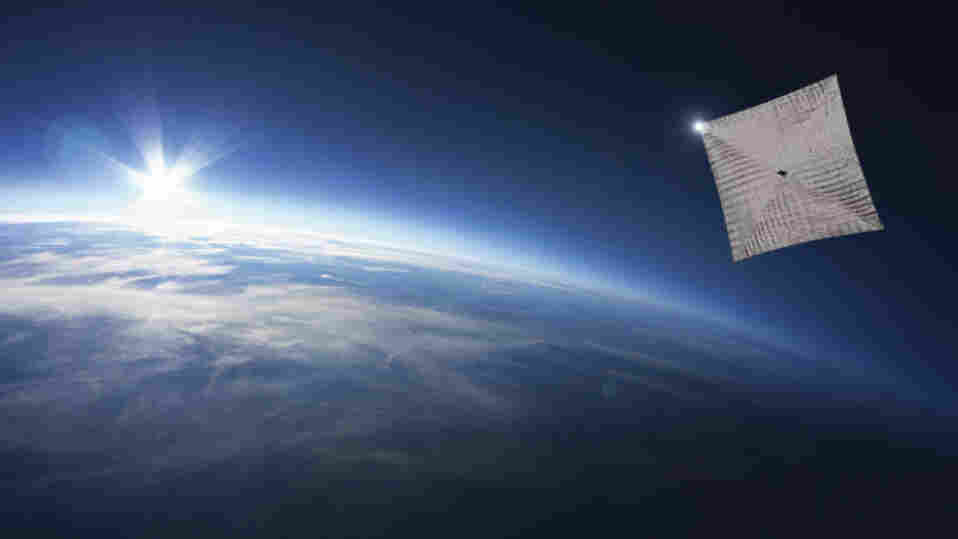 The new spacecraft, called LightSail, is orbiting Earth. Future versions could travel to the moon and beyond. The Planetary Society hide caption 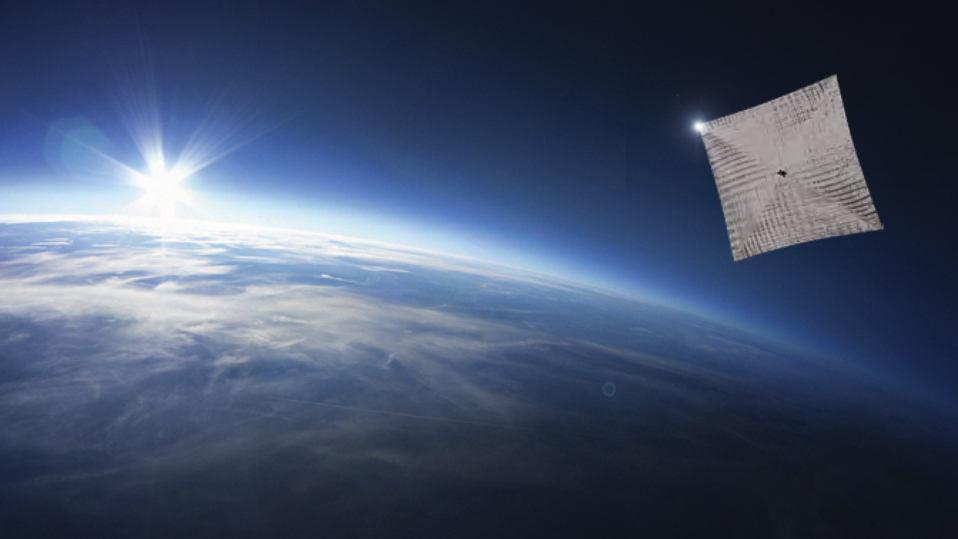 The new spacecraft, called LightSail, is orbiting Earth. Future versions could travel to the moon and beyond.

A group of space enthusiasts has successfully launched a solar sail into orbit.

The test could be a first step to cheaper exploration of the solar system, according to Bill Nye, the CEO of the nonprofit Planetary Society, which launched the satellite.

Solar sails allow space travel to be essentially free. When sunlight bounces off the shiny surface of the sails, it gives the spaceship a tiny push.

The push is slow, but steady, and Nye envisions small spacecraft in the future using solar sails to travel to the moon, asteroids and beyond, without the need for bulky rocket fuel.

"Once you're up in space, and you deploy the sails, sunlight will take you wherever you want to go," he says.

The Planetary Society's test of the technology is called LightSail. It is designed to be smaller than a loaf of bread. Folded tightly inside are four sails of shiny Mylar, the stuff balloons are made of.

"They deploy from this little box to a thing bigger than your living room," Nye says. 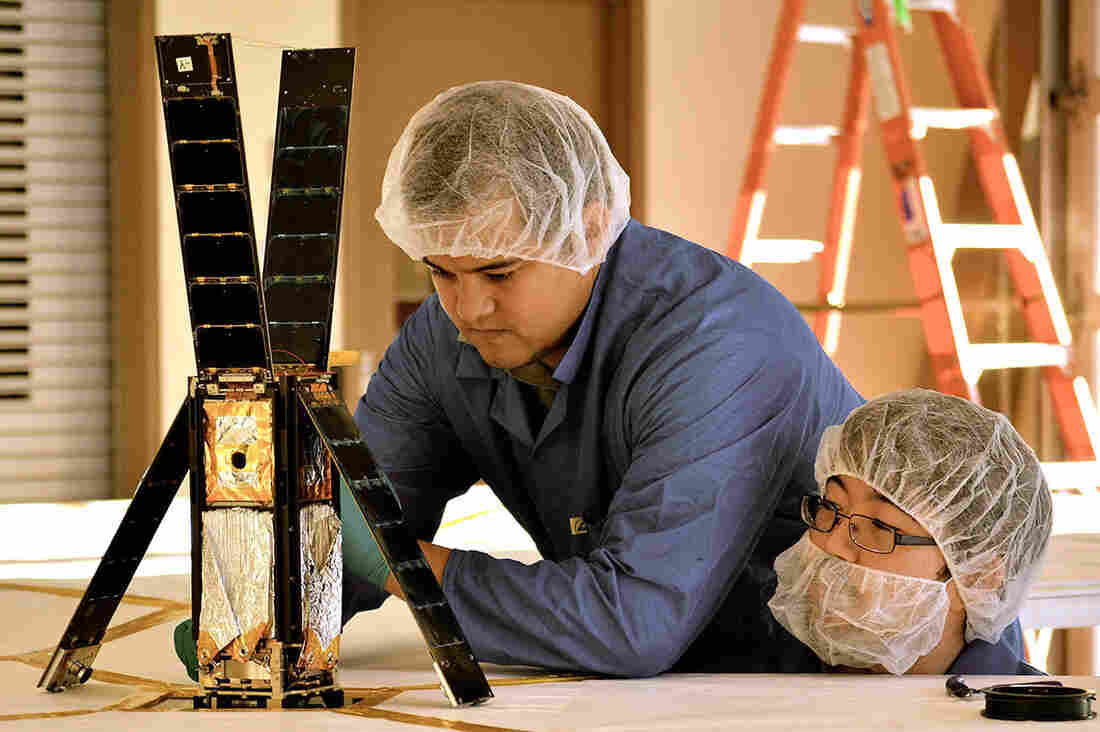 The spacecraft is smaller than a loaf of bread, but carries four enormous Mylar sails. Planetary Society hide caption 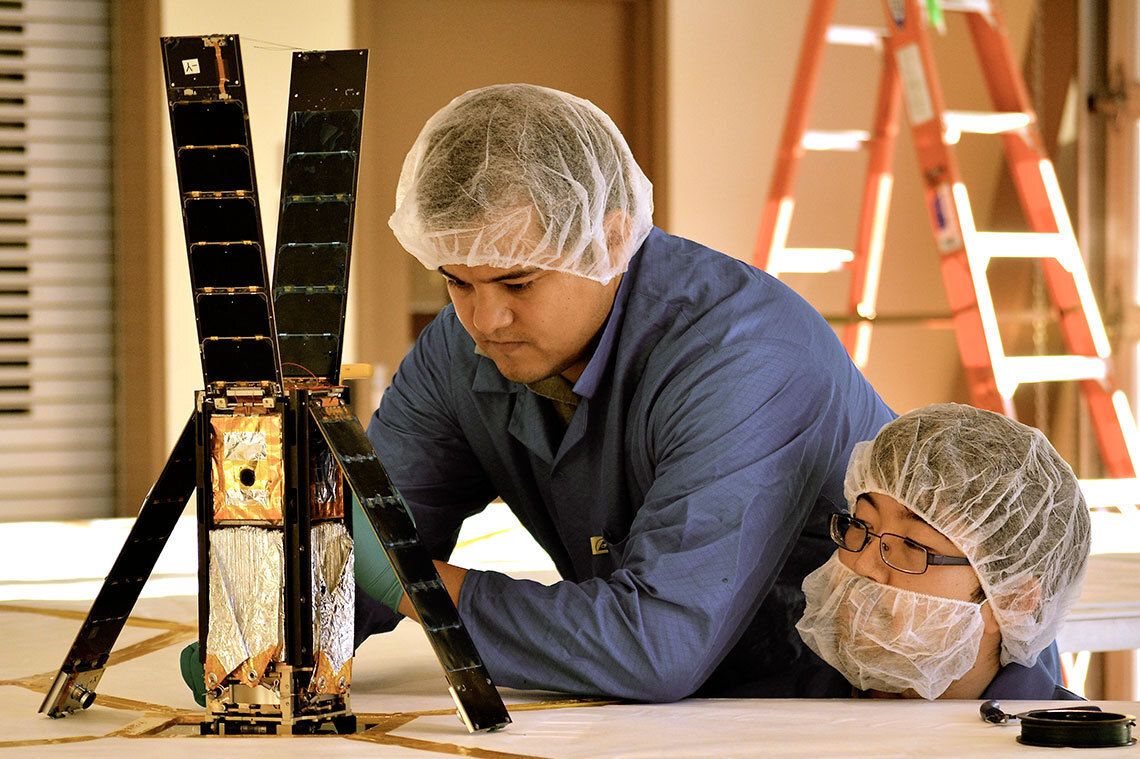 The spacecraft is smaller than a loaf of bread, but carries four enormous Mylar sails.

At least in theory. When it launched in May, LightSail had problems with its software and batteries. Then, Earth's atmosphere started to make it tumble out of control.

On Sunday night, mission managers decided it was time to try and unfurl the sails before things got any worse. They had just minutes to command the sails to open. It was, what Nye describes as "a sail Mary pass."

But it appears to have worked. Data from the spacecraft show the motors unfurled the giant sail.

"I was just elated," says Nye, who was TV's Science Guy.

This version of LightSail won't go anywhere using sunlight. It was just to see if the Mylar panels could unfurl in space.

Next year, the Planetary Society hopes to launch a second version that will actually be able to do some sailing.

When deployed, the solar sail is about as big as a large room.