Accessibility links
Federal Judge Orders Release Of Last 'Angola 3' Prisoner : The Two-Way Albert Woodfox has spent four decades in solitary confinement after he was convicted of the stabbing death of a prison guard. Woodfox's conviction was overturned. 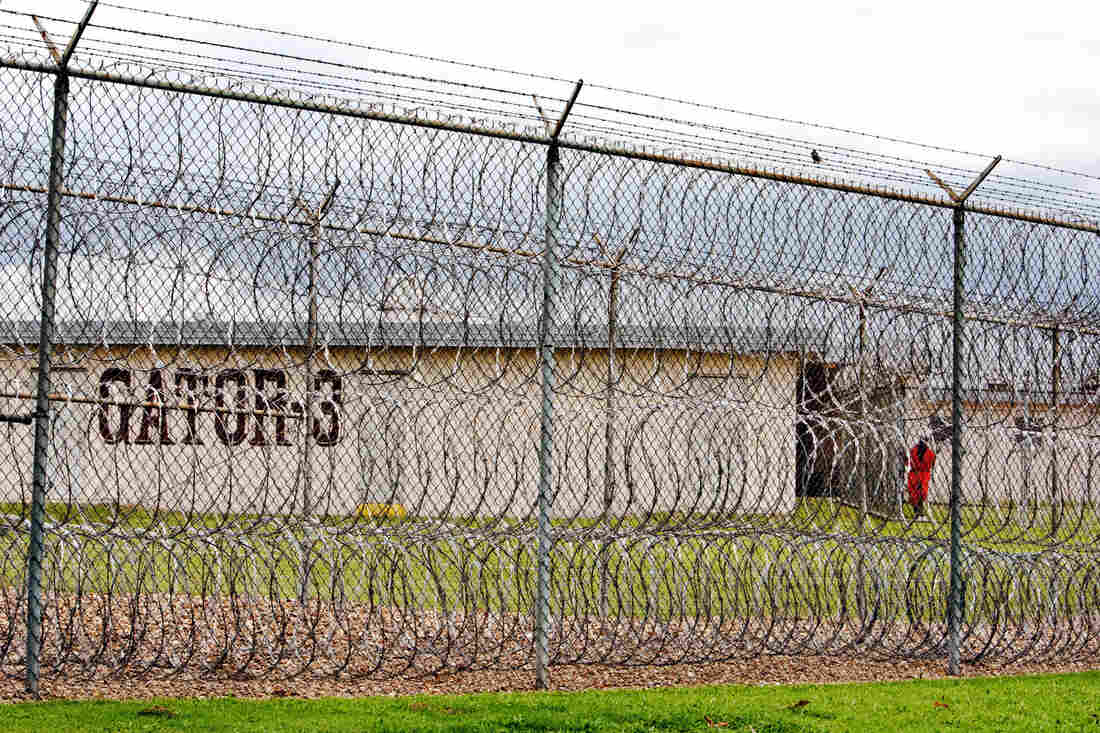 A prisoner is seen behind layers of wire razor fencing at the Louisiana State Penitentiary in Angola. Judi Bottoni/AP hide caption 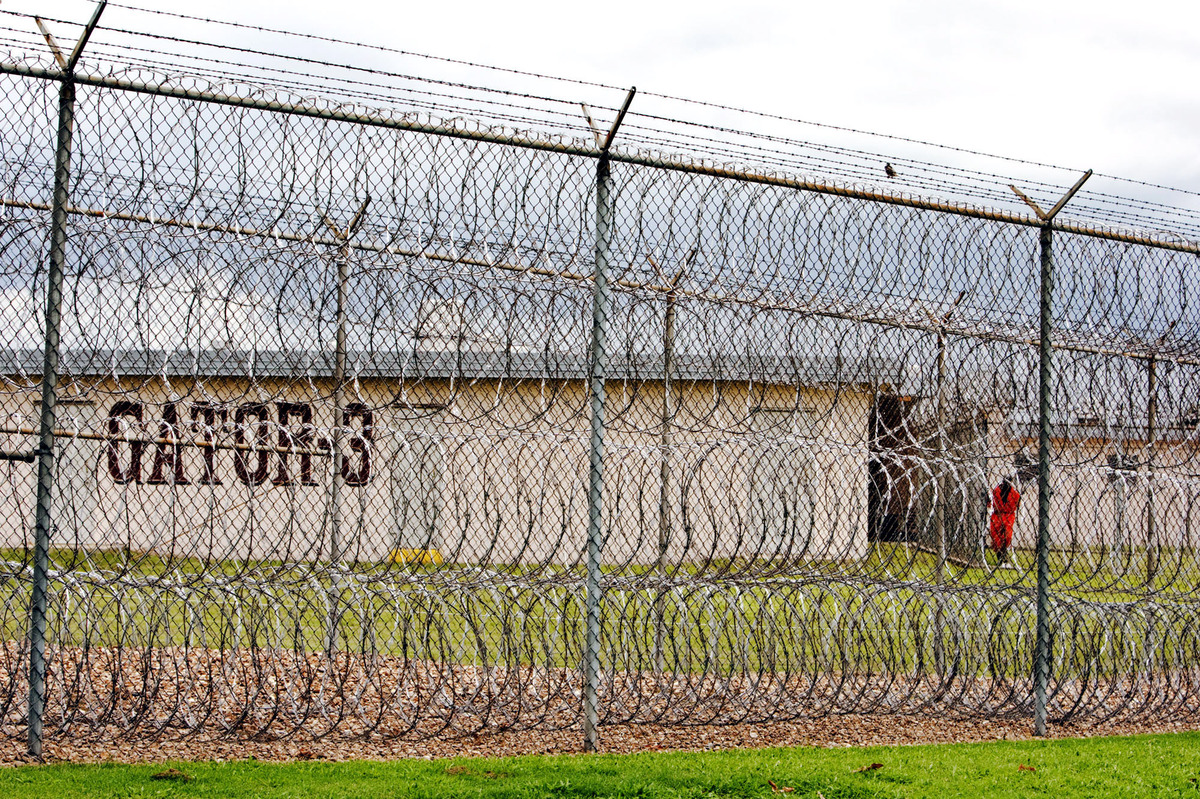 A prisoner is seen behind layers of wire razor fencing at the Louisiana State Penitentiary in Angola.

A federal judge has ordered the unconditional release of the last member of the "Angola 3" who remains in prison.

Albert Woodfox, the 68-year-old former Black Panther leader, has spent the past four decades in solitary confinement after he was twice convicted of the 1972 stabbing death of a prison guard. Both convictions have been overturned because of racial prejudice and lack of evidence. U.S. District Judge James Brady has now ruled that Woodfox could not receive another fair trial so he should be released.

" 'The only just remedy is an unconditional writ of habeas corpus barring retrial of Mr. Albert Woodfox and releasing Mr. Woodfox from custody immediately,' Brady wrote.

"In his ruling, Brady cited doubt that the state could provide a 'fair third trial'; the inmate's age and poor health; the unavailability of witnesses; 'the prejudice done onto Mr. Woodfox by spending over forty years in solitary confinement,' and 'the very fact that Mr. Woodfox has already been tried twice.'

"Woodfox has been in solitary confinement or isolation for 43 years. He was accused, along with three other prisoners, in the stabbing death of Brent Miller, a 23-year-old guard at the Louisiana State Penitentiary at Angola. Miller was killed during a period of prison upheaval sparked by Black Panther activism aimed at improving conditions inside Louisiana's notorious prisons."

Over the years, the other two Angola 3 inmates were released. Robert King was freed in 2001 after his conviction was overturned. Herman Wallace was released in 2013.

Albert Woodfox got a rare glimpse of the outside world when he left his cell for a court appearance in January. Court Photographer hide caption

Albert Woodfox got a rare glimpse of the outside world when he left his cell for a court appearance in January.

"With today's order, the Court would see fit to set free a twice-convicted murderer who is awaiting trial again for the brutal slaying of Corrections Officer Brent Miller," Caldwell told the newspaper in a statement.

As for Woodfox's reaction to the judge's order — the Times-Picayune spoke to his attorney Carine Williams:

" 'He was neither jaded nor excited,' Williams said. 'I think he was more shocked.'

"While Woodfox grew 'guardedly optimistic' about his potential release, Williams said, he is 'very seasoned, unfortunately, about (Louisiana's) courts.' He knew the state would seek any means to keep him incarcerated.

"Williams said Woodfox was curious if they had told his family about the order. 'He mostly wants to talk to his brother.' "

As NPR's Laura Sullivan reported, Woodfox is "believed to be the longest-serving inmate held in isolation in a U.S. prison."

For perspective, the fatal stabbing of Miller happened when Don McLean's American Pie was still on the Billboard charts.